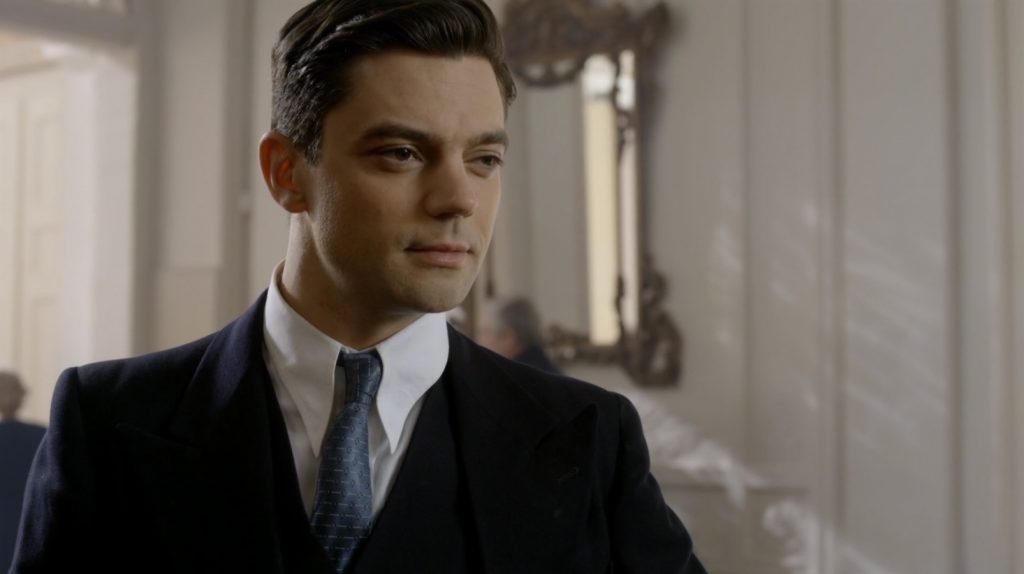 Fleming: The Man Who Would Be Bond is a currently-airing mini series starring Dominic Cooper as James Bond creator Ian Fleming, and the first episode takes place at the beginning of World War II in 1939. The mini-series opens with Fleming in 1952 as he is finishing Casino Royale, the first of the James Bond novels. A conversation between Fleming and his wife introduces the concept that Fleming and Bond are one in the same. “It’s just a pot boiler. Just words, nothing more. Make believe,” says Fleming. 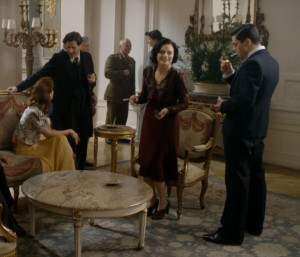 “Really?” his wife responds. “Is that why he has your golf handicap and taste in vodka?”

“He’s not me,” retorts Fleming.

“You as you would like to be. Your fantasy,” states Fleming’s wife. And that’s what the series is about.

We know that Fleming also passed on his unique fashion sense to Bond. The first episode at first features Fleming wearing typical late 1930s clothing in busy patterns with extraneous accessories. That’s not what we think of Fleming or Fleming’s Bond wearing. Fleming was not known to be a flamboyant dresser, yet he was a quirky one. The last of the suits in the mini-series before being fitted for his naval uniform is a suit one could picture Fleming wearing in 1939: a navy worsted three-piece suit. It has the straight shoulders, the draped chest and the nipped waist that was the fashion at the time, in a one-button cut with wide peaked lapels. It has jetted pockets, 3-button cuffs and no vent.

The waistcoat has six buttons with five to button. We don’t get a good look at front of the trousers but double forward pleats were typical for English tailoring at the time. The trousers have turn-ups. As we can see with other trousers in this episode, Fleming wears braces, so it would naturally follow that he wears them with this suit as well. 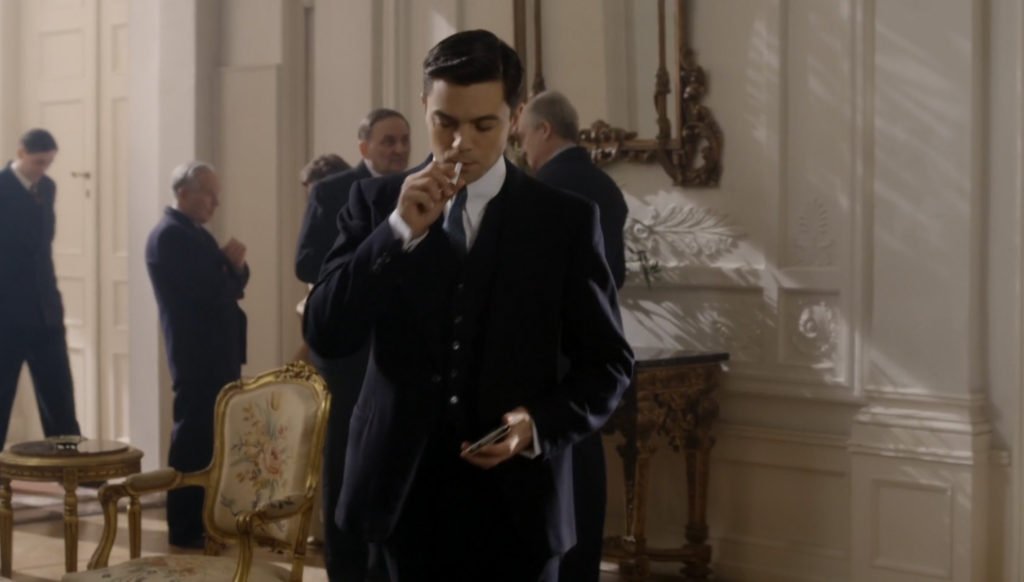 Fleming’s white shirt has a long, soft point collar. The collar is designed to be worn with a collar bar or pin, and earlier in the episode Fleming wears the former on his collars. Fleming was generally known to not be a fan of fussy accessories, and here he just lets the collar points hang. This shirt also has double cuffs, so Fleming hasn’t yet given up long sleeves. Fleming didn’t like dirty shirt cuffs, but he is still wearing them. I am interested to see if the series shows the development of Fleming’s sartorial quirks. We haven’t yet seen Fleming’s penchant for bow ties in the mini-series, though the real Fleming can occasionally be seen in a four-in-hand tie in photos. Fleming here, of course, ties a four-in-hand knot for his steel blue tie with a printed pattern of white horizontal lines intersected by dark blue diamonds. His black shoes may be derbies, but we don’t get a very clear look at them. They aren’t the moccasins that Fleming wore and dressed Bond in. 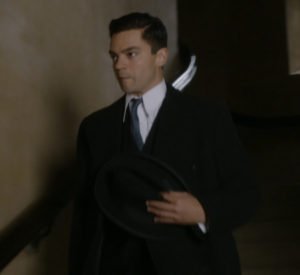 Over his suit, Fleming wears a charcoal melton, double-breasted chesterfield coat. It has six buttons with two to fasten, and it’s a traditional length hitting just below the knee. It has a single vent, peaked lapels, a welted breast pocket and welted hip pockets. With the overcoat Fleming wears a black lord’s hat, which is like a cross between a homburg and a fedora. It has an unbound curled brim, a thick black grosgrain ribbon and a crown with a centre dent and a front pinch.

The clothes look very authentic, from the cuts and styles to the accurately heavy suiting. The cloth weight is often where film costumes make their mistake. The average suiting was considerably heavier 75 years ago, and it gradually started getting lighter after World War II. A 1930s-style suit made in a modern 8 oz cloth won’t look authentic. Since there are few photos of Ian Fleming at this young age we don’t know for certain how he would have dressed, but this outfit looks like something a young James Bond might have worn in the 1939. It’s stylish and fashionably appropriate for a playboy, but not too flashy for a spy. 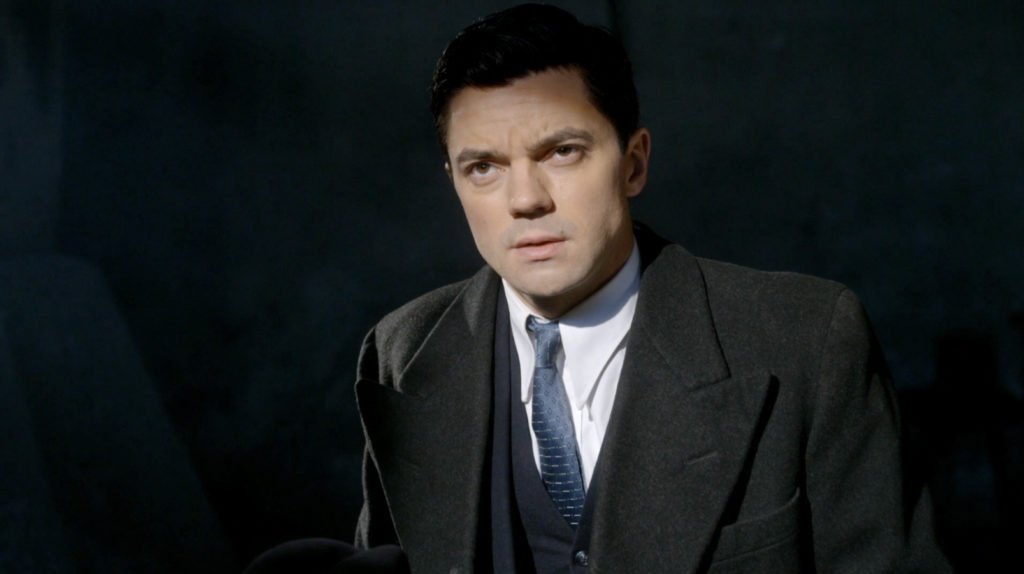 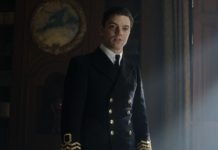