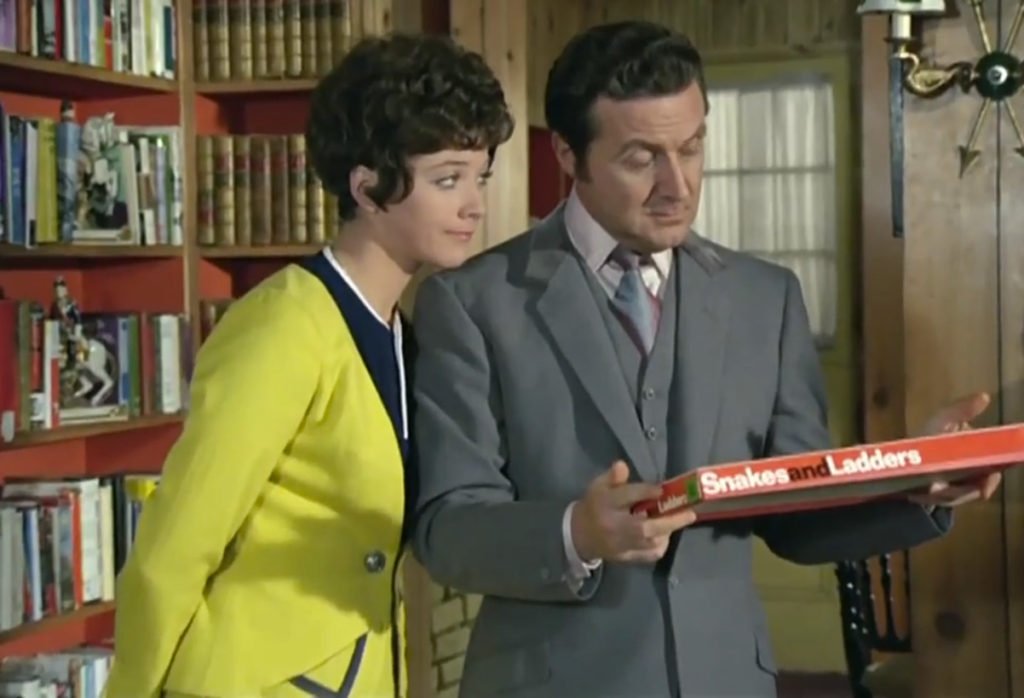 We lost another great actor from the James Bond series on Thursday, Patrick Macnee. Macnee played Sir Godfrey Tibbett in A View to a Kill, but he’s most well known for playing the secret agent John Steed in The Avengers. In the sixth series, Macnee’s wardrobe was updated with new suits in the style of his fourth series signature velvet-collar suits. In these new suits, designed by himself, a long single vent replaced the double vents and slanted or straight flap pockets replaced the slanted jetted pockets. Some of the new suits have breast pockets. In memory of Patrick Macnee let’s look at one of his grey three-piece suits from The Avengers‘ sixth series.

This mid-grey flannel three-piece suit made by Bailey and Weatherill of Regent Street first features in the second episode of the sixth series, “Game”. “Game” is the show’s first episode after Diana Rigg’s departure and the second episode with Linda Thorson, and it features new opening titles with Macnee wearing this same grey suit. The suit jacket has a traditional English equestrian cut, with strong straight shoulders, a clean chest, a closely fitted waist and a very flared skirt. 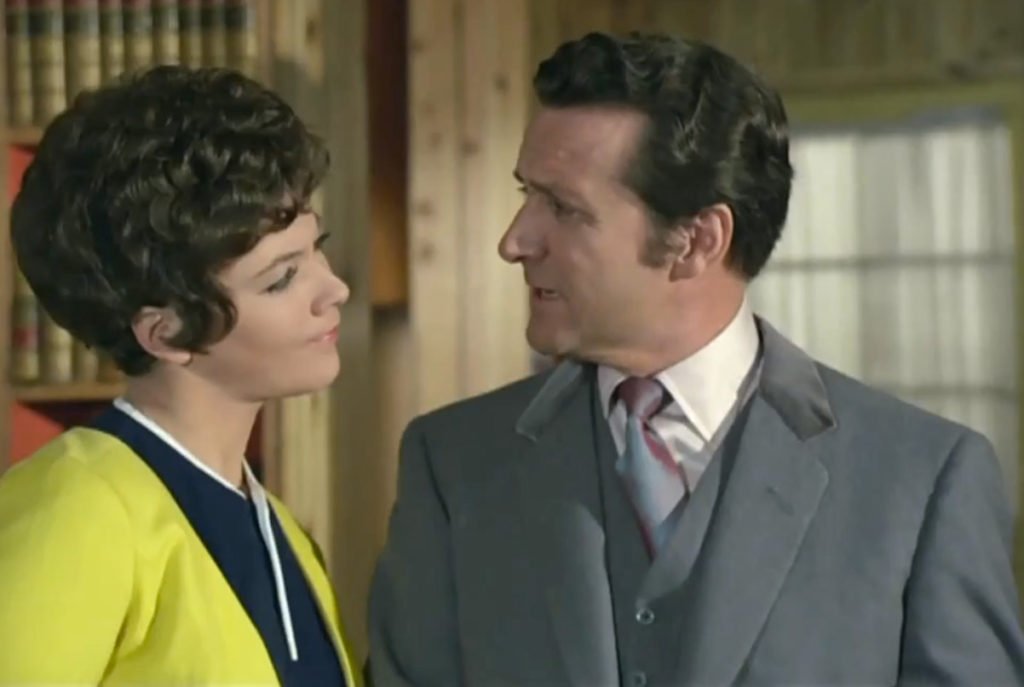 The suit jacket continues in the same style as the previous velvet-collar suit jackets with a single button on the front, a single button on each cuff and a dark taupe velvet collar. The skirt has a long single vent, which adds to the equestrian look of the suit. The jacket has no breast pocket and slanted hip pockets with flaps. The earlier suits in this style didn’t have flaps on the hip pockets. The pocket flaps make this jacket look bottom heavy due to the lack of a breast pocket.

The six-button waistcoat has a straight bottom and two welt pockets. The trousers have tapered legs, a flat front and likely slanted side pockets. The suit’s buttons are grey plastic.

With this suit in “Game”, Steed wears an ecru shirt with a spread collar, which looks better with Steed’s round face than the wider cutaway collars that he previously wore looked. The shirt has rounded two-button cuffs, and Steed only buttons the second button. The tie is woven with magenta in one direction and sky blue in another direction like a Solaro cloth, making parts of the tie look sky blue in parts and magenta in other parts, depending on the angle you look at it. The tie is tied in a windsor knot. We don’t see the shoes, but they are likely the grey-green short chelsea boots that he wears with this suit in other episodes.

In the opening titles, Steed wears periwinkle shirt with a spread collar and button cuffs. His tie is a printed pattern in pink, orange and white, and he ties it in a windsor knot. The tie is  pinned about an inch below the knot with a deep red polished stone tie pin. He also adds a red carnation in his lapel.

WIth the suit, Steed wears his trademark bowler hat and carries an umbrella. This bowler is in grey with a grey ribbon to match the suit. The umbrella has a grey canopy, also to match suit, and a light whangee curved handle. 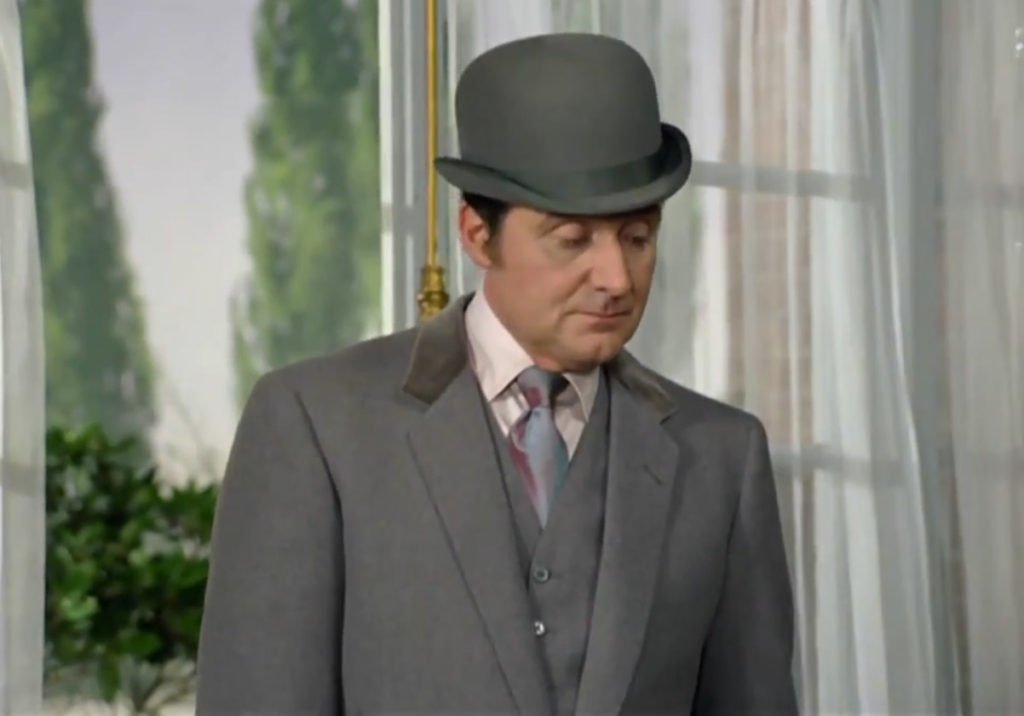