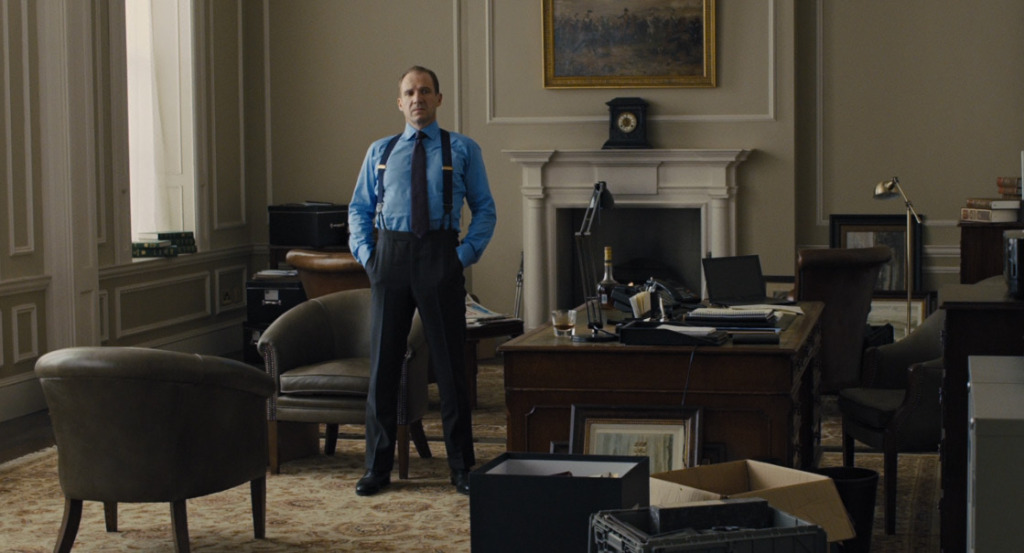 To contrast Daniel Craig’s fashionably-cut suits in Skyfall, Ralph Fiennes’s character Gareth Mallory wears four timeless suits made by modern tailor Timothy Everest. They have a trim, modern cut, but overall the suits have classic proportions with a jacket length that covers the rear and medium-width lapels. In a brief scene where M visits Mallory in his office, he is seen in dark grey suit trousers without his suit jacket. We know the trousers are part of a suit because the suit jacket can be seen draped over a chair.

The suit jacket is single-breasted and cut with straight, padded shoulders in the Savile Row tradition. Unlike on the blue chalk stripe suit that Mallory wears later in the film, this suit jacket has straight, flapped pockets and no ticket pocket. It has a single vent that is roughly 10 inches deep. It’s a shame that this suit jacket plays an extra in the scene instead of getting the leading role it deserves. Since Mallory has a high government position and is in his own office, he can appropriately leave his jacket off whilst meeting with M. However, the suit jacket would be better cared for on a hanger in the closet. Mallory must have a better place to keep his jacket. Hanging the jacket on the back of a chair is not a healthy way to take care of a meticulously-shaped bespoke suit jacket. However, if the suit jacket was stuck in a closet we wouldn’t even get a glimpse of it apart from the little of it that is seen in the psychologist scene. Part of the film’s budget went to Mallory’s bespoke suits, after all, and by keeping the suit jacket in the back of the shot they make use of it. The same is done with his charcoal pinstripe suit jacket later in the film.

The trousers, for once, have the starring role of all the clothes in this scene. They have a flat front and single rear darts on either side. The trousers sit high at the waist, and they don’t need pleats to do so, though they look a little tight around the hips. The waistband has a long extension—to keep the front straight—and slide-buckle side adjusters. The trousers have slanted side pockets and a button-through jetted pocket on the right in the rear. The legs have a trim and tapered cut, but they aren’t tight like on Daniel Craig’s suits. 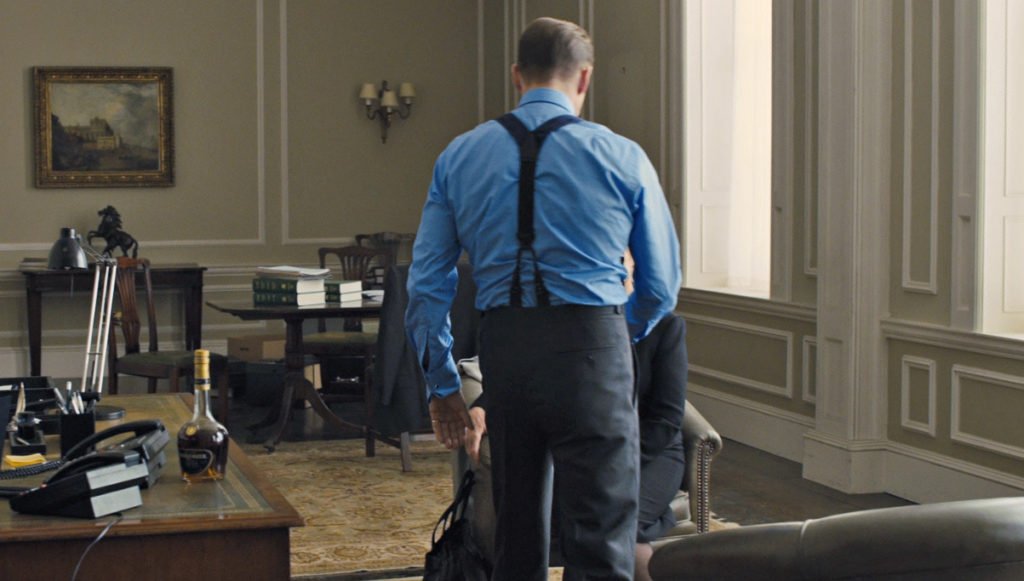 Mallory uses braces—known as suspenders to some Americans—to hold up his trousers, though he also uses the trousers’ side adjusters to keep the waistband close to the waist. The braces attach inside the waistband at the front and on extended tabs in the rear. The extension tabs allow the braces to sit higher like they would on the old-fasioned fishtail braces back, making the braces more comfortable. The tabs can be tucked inside the trousers if Mallory only wanted to use the side adjusters to hold up his trousers. Braces, however, are by far the most secure method of holding up the trousers. Mallory’s braces are navy with a navy embroidered fleur-de-lis braces motif and were made by Albert Thurston. The braces have black leather ends and trimmings—which most likely match Mallory’s unseen shoes—and brass levers. Braces set Mallory apart as an old-fashioned man, but they also mean that he is a man who wants to get the job done the right way and doesn’t settle for nonsense—or belts.

Mallory’s cotton poplin shirt is a deep sky blue, which slightly overpowers his light, cool, low-contrast summer complexion. The shirt has a moderate spread collar, double cuffs attached to the sleeve with pleats, and a narrow English-style placket that is stitched 3/8 inch from the edge. Mallory’s tie is navy with a raised woven purple lattice diagonally across the tie. Mallory ties it in a four-in-hand knot. 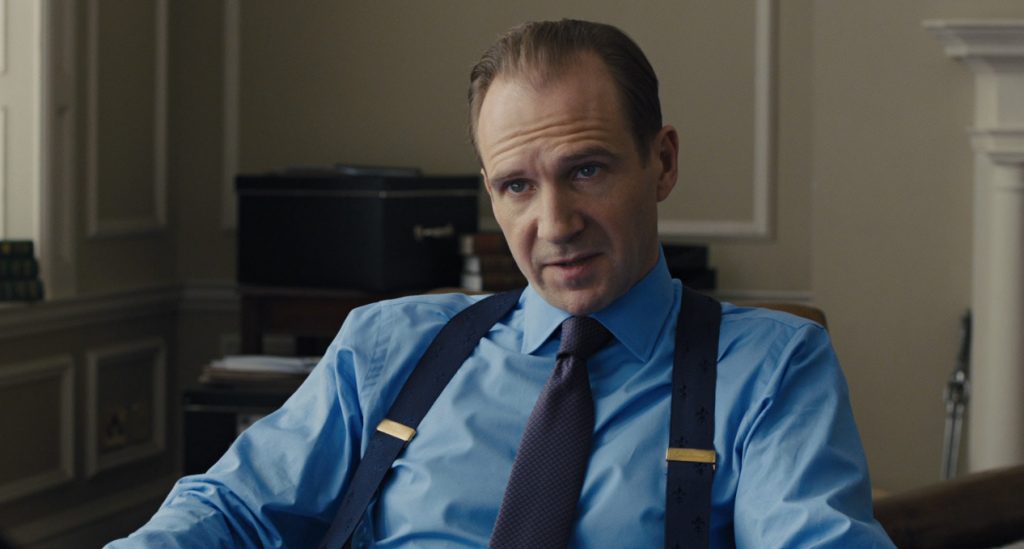 The Woolly Pully Aboard the St. Georges in For Your Eyes Only 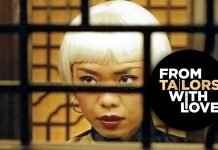