To contrast Daniel Craig’s fashion-forward suits, Ralph Fiennes’ government official Gareth Mallory in Skyfall dresses in timeless Savile Row style. It’s more like Bond’s usual look than what Daniel Craig wears in Skyfall, similar to Daniel Craig’s Brioni three-piece suit in Casino Royale. The biggest difference is that Mallory wears braces with his suits, something Bond never has done. Timothy Everest, one of the leaders of Savile Row’s New Bespoke Movement, tailored Ralph Fiennes’ suits for Skyfall. As one would expect from a Savile Row establishment, even a modern one, the suits are well-tailored. Though the often-daring Everest isn’t so adventurous with Fiennes’ suits, the suits do not look old-fashioned either. Whilst three-piece suits—as well as the double-breasted suit Fiennes wears later in the film—stand for old-fashioned values, three-piece have seen a recent rise in popularity. Fiennes may not look nearly as fashionable as Daniel Craig, but he doesn’t quite look as old and stodgy as he perhaps was meant to look either. 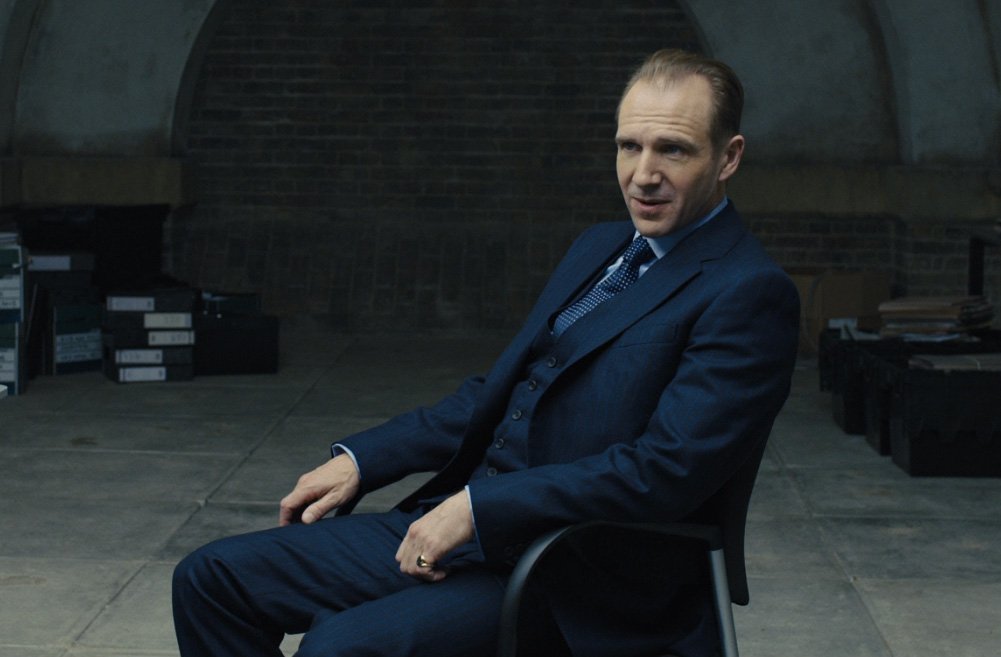 This suit is navy with a mid blue chalk stripe and has a button two jacket in a modern Savile Row cut. Like the traditional Savile Row jacket this one has straight, padded shoulders with roped sleeve heads. But on the other hand, the jacket is cut fairly lean in the chest and does not look like a suit of armour. The jacket has slanted pockets with a ticket pocket, four-button cuffs and a single vent. The waistcoat has six buttons with five to button. The trousers have a flat front, a high rise to the waist and are worn with braces. If they wanted Mallory to look more old-fashioned he could have been wearing double-forward-pleat trousers like Sean Connery’s Bond wore. The suit’s buttons are black horn. 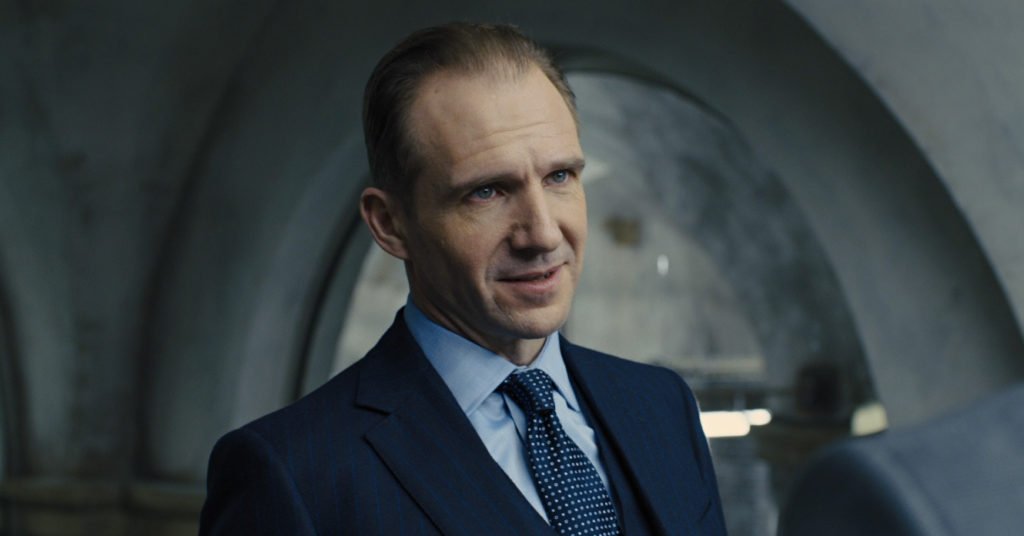 With this navy suit Fiennes wears a classic Jermyn Street-style shirt in light blue end-on-end with a spread collar, placket front and double cuffs. His navy tie has large white dots with a small navy dot in the centre, and it appears to be tied in a four-in-hand knot. His shoes are black cap-toe oxfords.