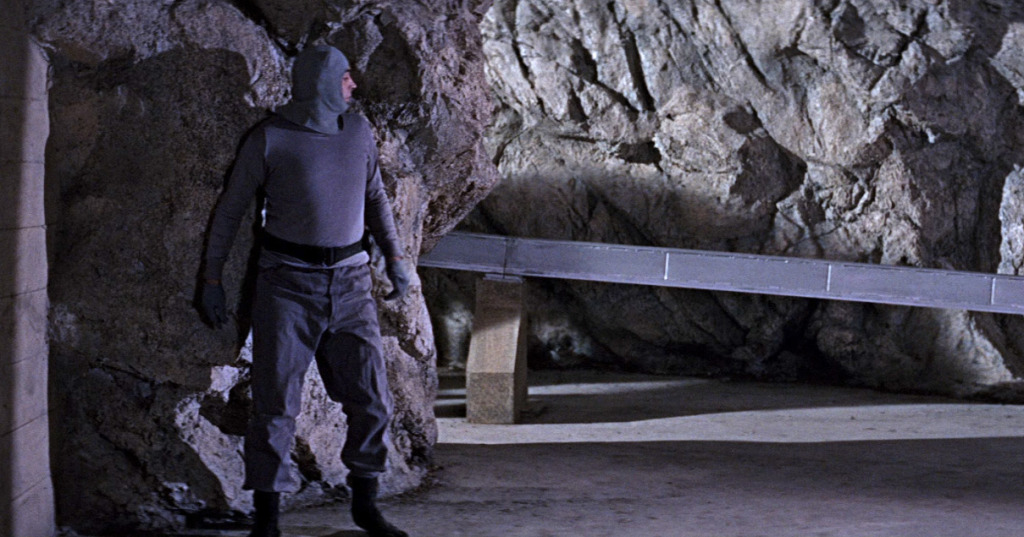 James Bond choses an all grey outfit for blending into Blofeld’s volcano in You Only Live Twice. To hide himself, Bond keeps his entire body covered except for the face. The outfit consists of a tight-fitting cotton jersey-knit shirt with a fine-ribbed mock polo neck collar (which Bond folds down) and fine-ribbed cuffs, loose-fitting trousers with patch pockets in the rear, gloves and an open-face ninja mask, all in mid grey. Bond later removes the gloves and ninja mask. He also wears a black leather utility belt around outside of his shirt, which is later removed by Blofeld’s men. 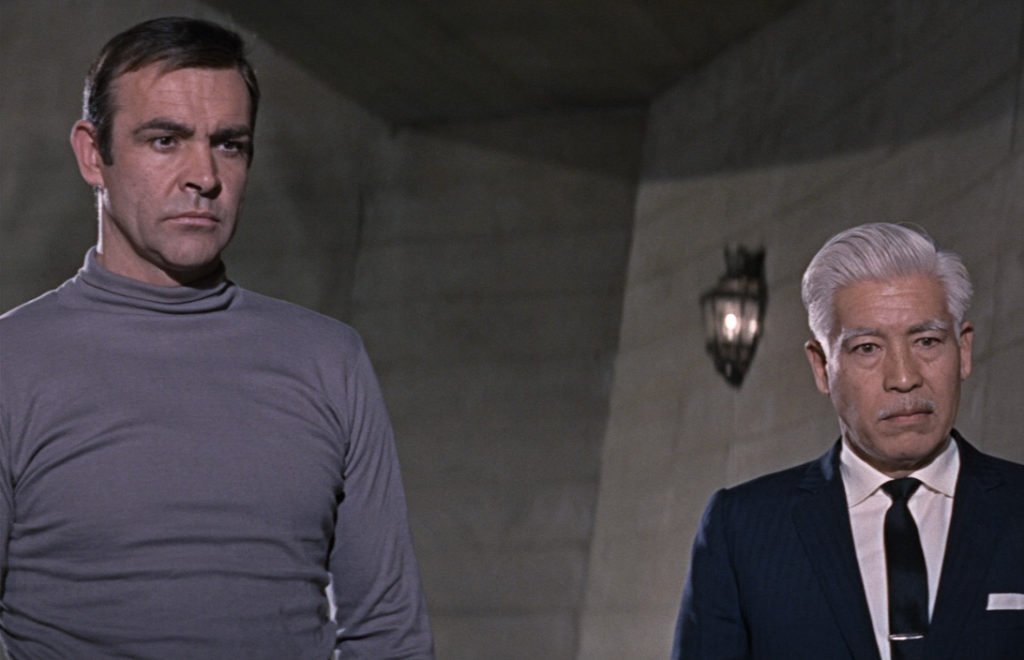 Bond wears his grey trousers tucked into black socks. His shoes are sometimes black canvas PF Flyers high-top trainers, or trainers that are very similar in style. They have seven pairs of eyelets with black laces, a black toe cap, a black rounded emblem on the side and three air holes on the side just above the sole. The bottom of the rubber soles is tan but the sides of the soles are black. The sides of the soles, the toe cap and the emblem are ordinarily white on PF Flyers, but it looks as if the white was painted black. The sides of the soles have some white showing through from the black paint chipping off through wear. When his shoe aren’t the PF Flyers they are soft black climbing shoes for climbing around the inside of Blofeld’s volcano. 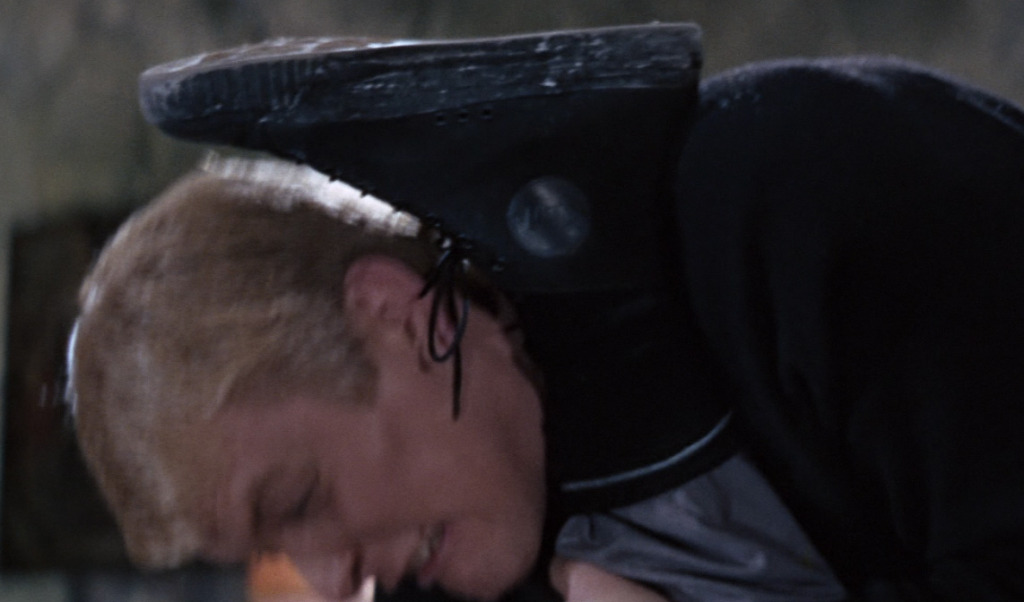 Tiger Tanaka and his ninjas, who join Bond in his attack at the volcano, wear the same outfit.