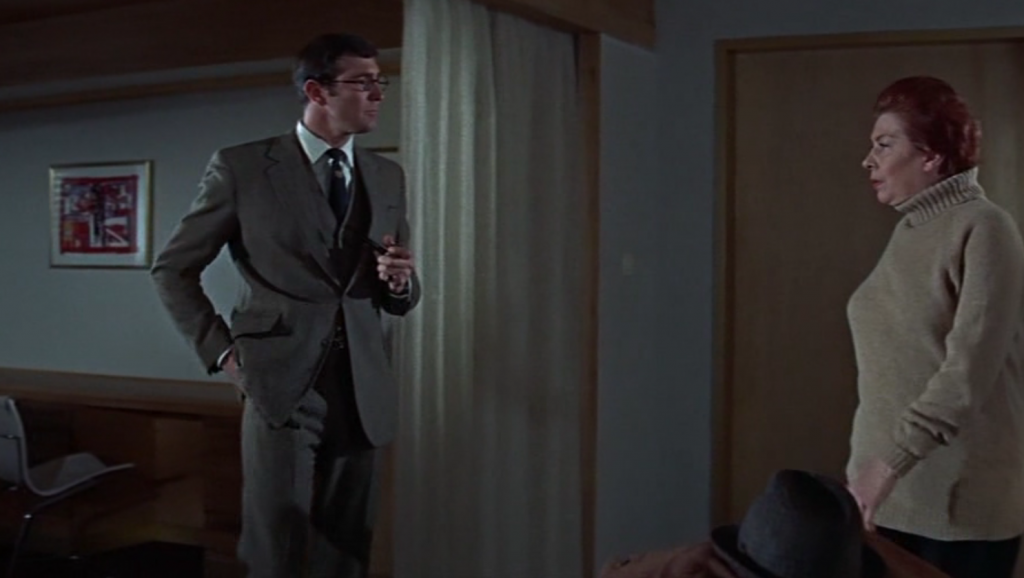 As a part of his disguise as Sir Hilary Bray in On Her Majesty’s Secret Service, Bond wears a copy of Sir Hilary’s tweed three-piece suit. This suit is made of brown tweed wool with a cream tick pattern and a rust windowpane. With the same softly-padded shoulder and clean, fitted cut as George Lazenby’s other suits, this suit was also made by the same tailor, Dimi Major. The suit coat has a button two front with classic hacking details, such as a deep single vent and angled, flapped pockets, but the jacket length is shorter than a typical hacking jacket. This coat has three cuff button like in the rest of the suits in the film, and all the buttons are made of dark brown horn. 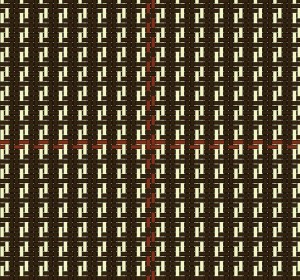 This suit’s waistcoat has a button six front, worn with the bottom button open. The trousers have double forward pleats with a narrow tapered leg and turn-ups, similar to Connery’s suit trousers.

The shirt from Frank Foster is a cotton twill with a tattersall pattern in tan, brown, navy and olive on an ecru ground. It has a spread collar, plain front and single-button cuffs. Bond later wears this shirt, these trousers and these shoes casually with a cardigan.

The narrow tie is a navy repp with a large crest under the Windsor knot. I know nothing about heraldry, but the crest would have a special meaning to Bray. If anyone knows this meaning please feel free to share. Bond also wears Sir Hilary’s round tortoise-shell glasses. 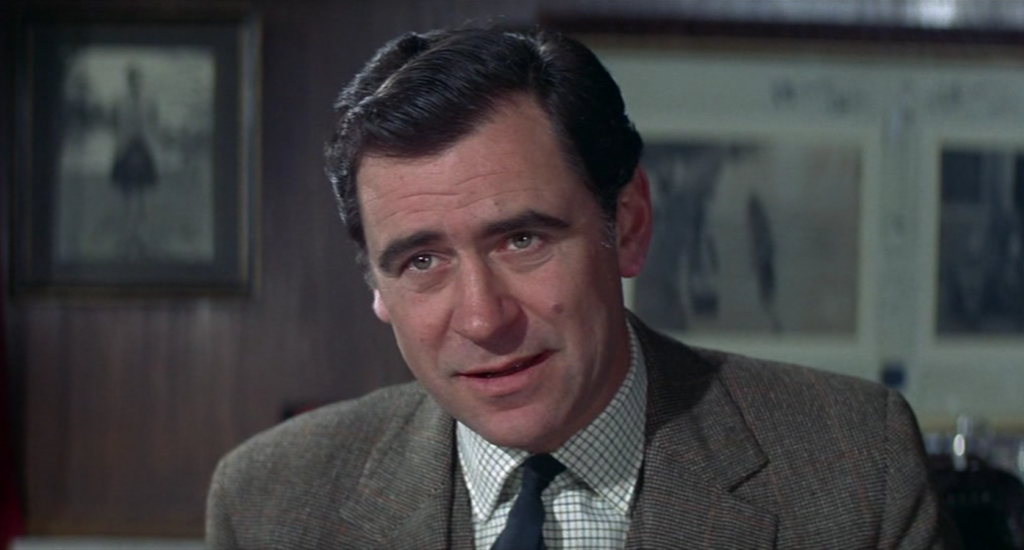 In the previous scene, Bond wears an Ulster coat and more over his suit to stay warm outdoors.