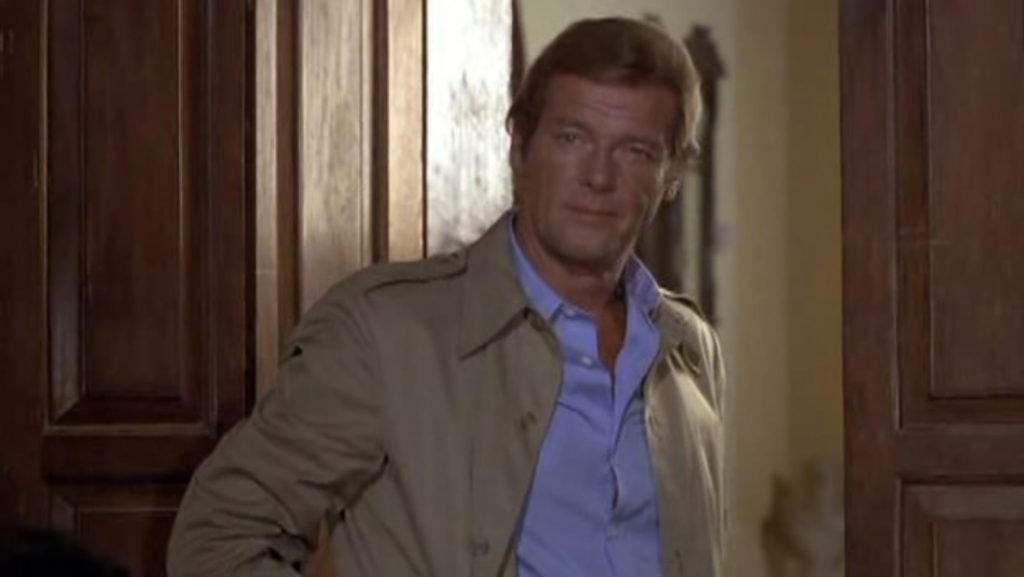 The Sea Wolves, starring Gregory Peck, Roger Moore and David Niven, takes place in India during World War II and features a wealth of both military khaki drill uniforms and civilian safari shirts, jackets and suits. Though Roger Moore had already been well-known for his safari suits by the time this film was released in 1980, here his safari clothes are in a much older and traditional context. Of the safari clothing in the film, the suit featured in this article is a beige cotton drill shirt-jacket with matching trousers. The shirt-jacket has a shirt collar and 2-button shirt-style cuffs. It has four buttons down the front below the collar, two flapped patch pockets on the hips, and shoulder straps. The back is very interesting, with a half belted waist, an inverted box pleat down the middle from the yoke to the waist, and a single vent below the waist. The matching trousers have a flat front rather than the pleats that would have been more common in the early 1940s.

Moore’s cornflower blue shirt has a spread collar, plain front, single-button barrel cuffs, an open chest pocket and shoulder straps. Moore wear a light brown leather belt and beige suede shoes with this outfit. It is unknown if Frank Foster made the safari clothes for this film like he did for some of the Bond films. But not only was Roger Moore a customer of his, so was Gregory Peck. Peck’s clothing in The Sea Wolves is actually a bit more elegant than Moore’s is in this film, with buttoned-up safari shirts, pleated trousers and more. But Moore’s look is more modern and casual, and in the right setting it could still look relevant today. 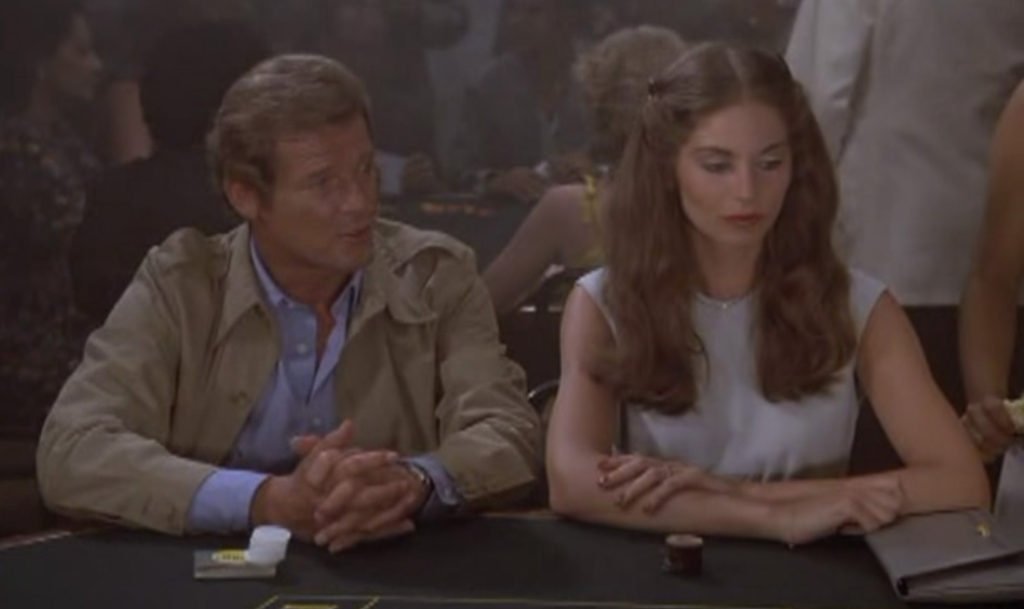