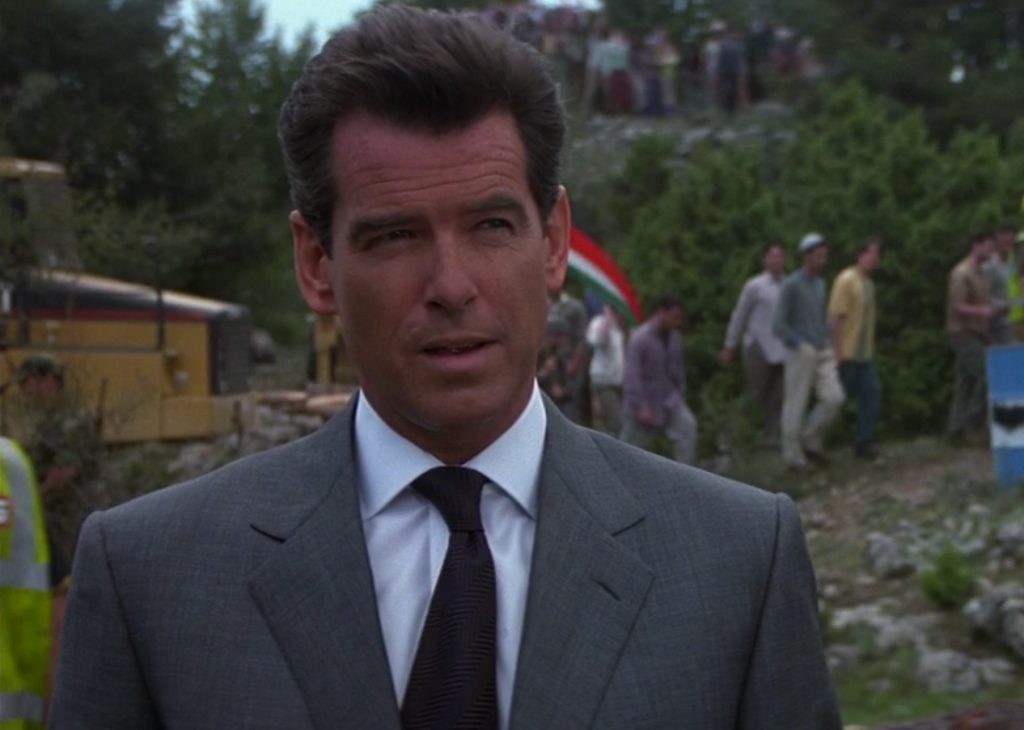 Though not all the same, the Roman shoulder, military shoulder and equestrian shoulder are all strongly structured shoulders with a straight line and generous padding. Though the shoulders may be built up, they aren’t necessarily stiff. The width and amount of padding vary depending on the tailor and depending on the current trends. Characterised by a clean, strong silhouette, the Roman style has its origins in the military and equestrian style on Savile Row. H. Huntsman is a good example of a Savile Row tailor who makes an equestrian style. Roger Moore, Timothy Dalton, Pierce Brosnan and Daniel Craig have all worn this style shoulder in the Bond films. 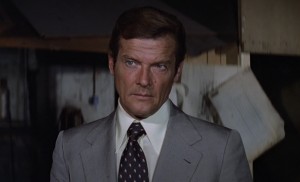 Most of Roger Moore’s suits in The Spy Who Loved Me and Moonraker come from Angelo Roma. These suits have narrow, straight shoulders with thick padding and roped sleeve heads.

Timothy Dalton wears suits in Licence to Kill with the straight, oversized shoulders that were popular at the time. Though his suit is more characteristic of something from a Milan fashion house, the idea of a straight, built-up shoulder is the same. 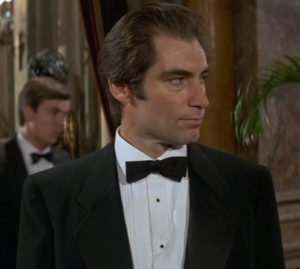 Pierce Brosnan and Daniel Craig have both worn suits from Brioni, the most famous Roman tailor. Brioni’s shoulders are very similar to what Angelo made for Roger Moore, though they tend to be wider. When Brosnan started the role in 1995, Brioni’s shoulders were wider and more built up, following the 1990s trends, and by The World is Not Enough had a more classic Roman look (see the top image).