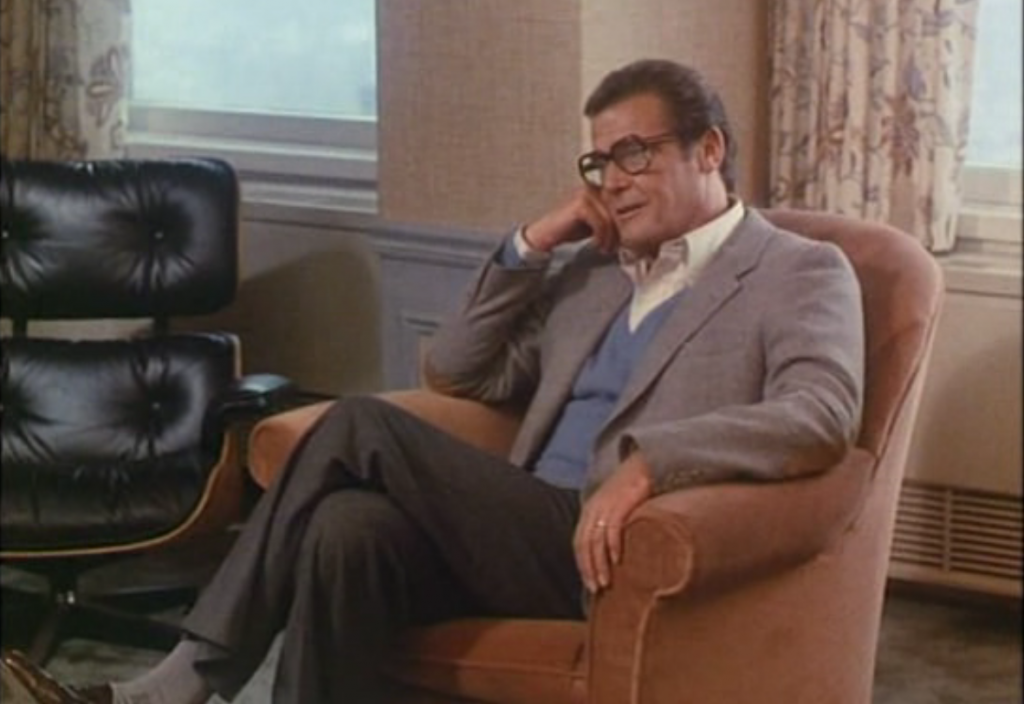 In 1984, Roger Moore starred in a film called The Naked Face, boasting a supporting cast of great actors such as Rod Steiger, Elliott Gould, Art Carney and David Hedison. Moore plays a psychiatrist named Dr. Judd Stevens, and he was dressed to look the part. The most obvious item that sets Dr. Stevens stevens apart from Bond is his glasses, though the jumper under the sports coat look is different too. 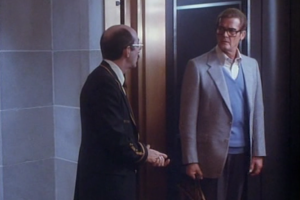 This entry will focus on the first sports coat Moore wears in the film, a light blue and beige barleycorn tweed two-button model. It’s probably not tailored by Moore’s tailor Douglas Hayward, but it still fits very well. The button stance isn’t as low as Hayward’s and the shoulders have a little padding, whilst Hayward’s have none. The shoulders are narrow and the overall cut is clean. It has flapped pockets, 4-button cuffs, light brown leather elbow patches and light brown horn buttons. The only concession to 80’s fashion is the vent-less rear, which is out of place on a sports coat. 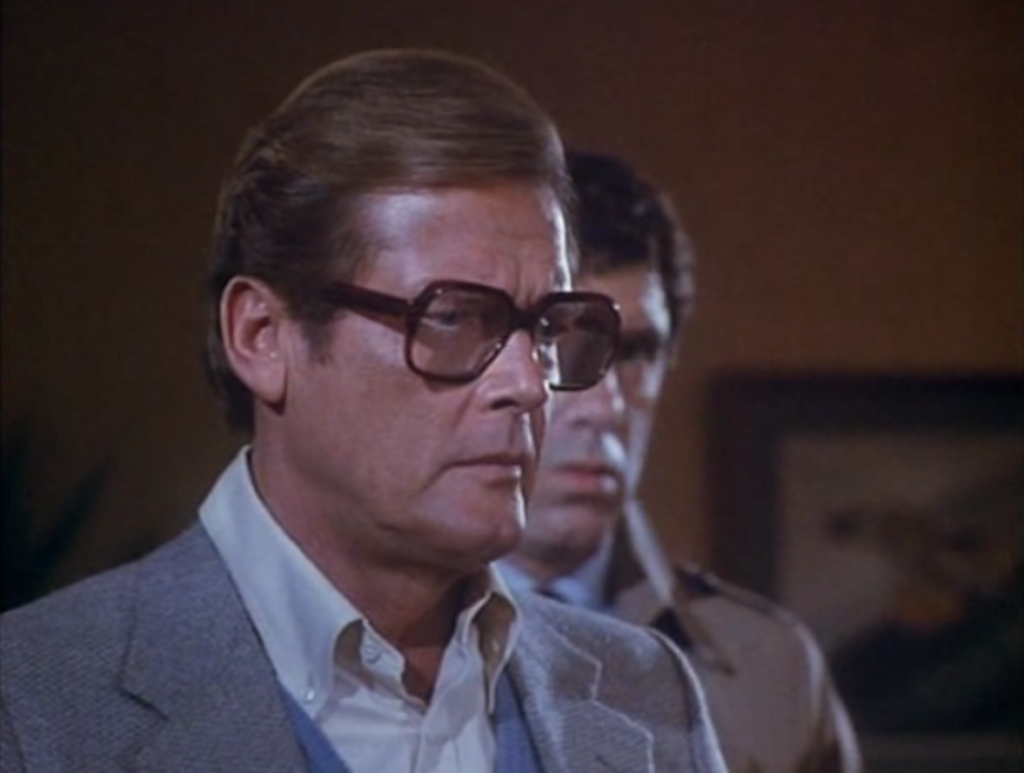 Moore’s jumper and shirt draw colours from the sports coat. The light blue jumper has a v-neck collar and long sleeves. The ecru shirt is made by Moore’s usual shirtmaker, Frank Foster. It has a button-down collar and rounded 1-button cuffs that Moore was often wearing at the time. It has Foster’s placket front with his unique narrow stitching down the centre. As opposed to his usual flat front trousers, Moore wears dark grey trousers with forward pleats and plain bottoms. His socks are light grey and his shoes are brown slip-ons.