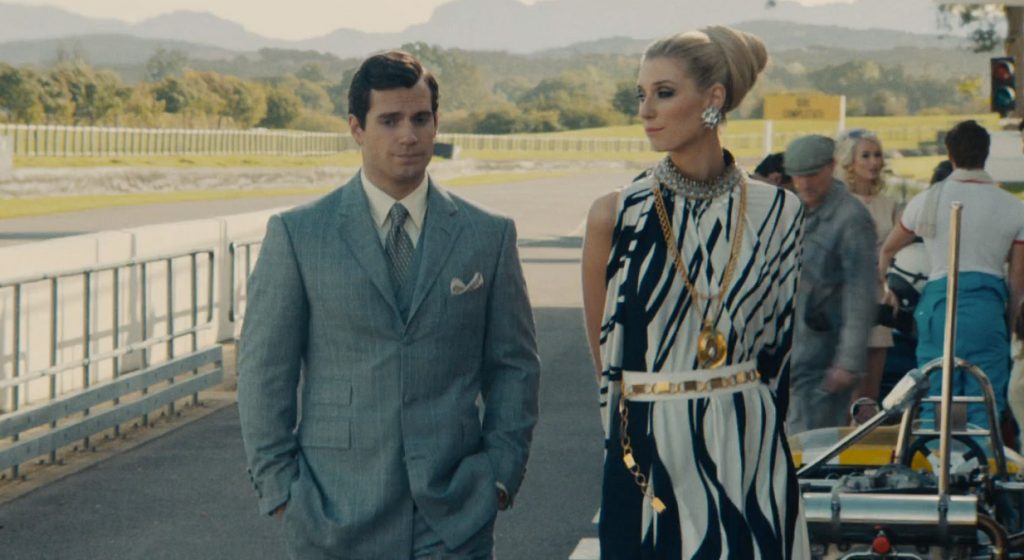 Henry Cavill stars as Napoleaon Solo in the 2015 film The Man from U.N.C.L.E., which is a remake of the 1960s television series of the same name that starred Robert Vaughn. London tailor Timothy Everest, who tailored Ralph Fiennes for Skyfall and Spectre and Christoph Waltz and Dave Bautista for Spectre, tailored Henry Cavill’s suits. Whilst the character in the original television series is dressed in a wholly American 1960s Hollywood style, the film’s costume designer Joanna Johnston wanted to give Solo a British look. Solo’s suits are inspired by the experimental fashion of mid 1960s England, which isn’t right for the film’s 1963 setting or for the traditionally minded character, but Solo nevertheless dresses very stylishly. 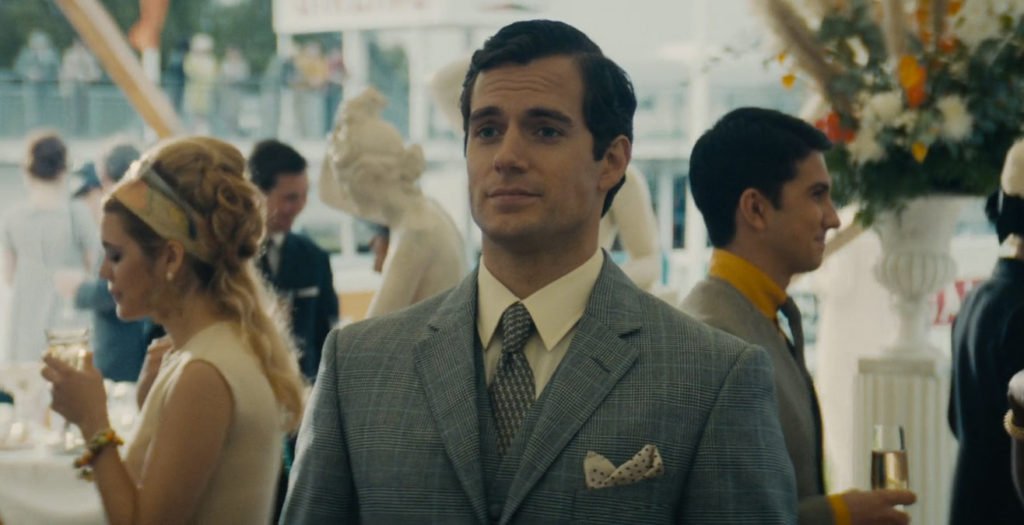 Everest tailored the suit with a three buttons down the front (instead of the single button that Solo often wore in the television series), straight shoulders with roped sleeve heads, a clean chest, and a close-fitting but straight waist. The squared-off foreparts combined with Cavill buttoning both the middle and the top buttons give the jacket a rather boxy look, but it has a dynamically shaped silhouette that fits Cavill’s athletic physique very well. The jacket is detailed with narrow lapels, straight flapped pockets, a ticket pocket, four cuff buttons and a single vent. The jacket’s length is about an inch shorter than the traditional length. The squared-off foreparts make the jacket look longer in front, though the short length is noticeable from behind.

The trousers have a flat front and narrow, tapered legs with plain hems. The waistcoat has five buttons and a straight bottom, which complements the straight bottom of the suit jacket. There are two welt pockets on the front of the waistcoat. 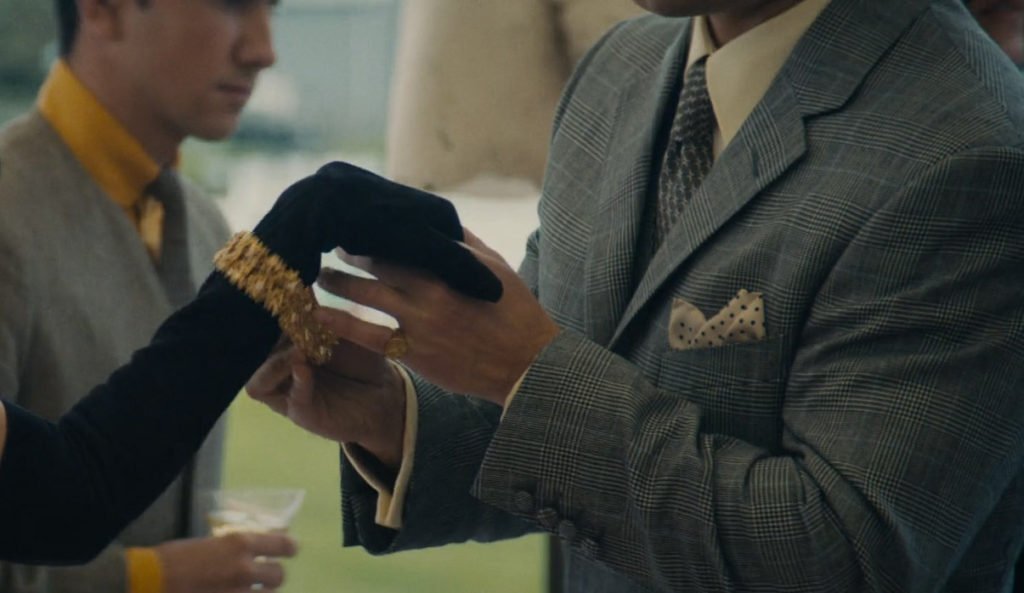 The ecru shirt’s point collar contrasts with the button-down collars that Solo typically wore in the television series. The point collar is fashionably short for the 1960s trends—too short for the points to stay anchored to the chest—and has no tie space. The shirt also has double cuffs.

Solo’s tie is dark grey with a black and white pattern, most likely printed. The scale of the pattern is larger than the houndstooth section of the Glen Urquhart check but smaller than the repeat of the whole check, so it is able to pair well with the checked suit. Solo ties it in a four-in-hand knot. The ecru silk pocket square with black polka dots is casually stuffed into the out-breast pocket with one point up. This is rather flashy for the 1960s, when people usually wore folded white linen handkerchiefs in their breast pockets. In the television series, Solo did not wear pocket squares. Cavill’s shoes are dark brown oxfords. 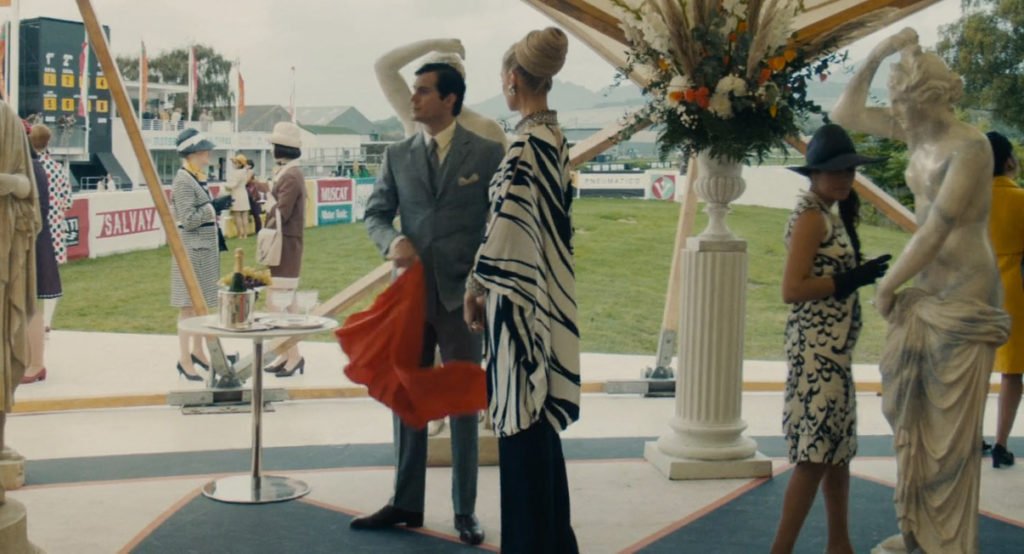 Overall, the suit is interesting and unique, and the outfit is stylishly put together. The suit, however, does not reflect the American character from the television show nor does it reflect the year when the film takes place. This was all done on purpose for the sake of dressing the character in the costume designer’s taste with a blatant disregard for what the character should authentically be wearing.

You can read more about Timothy Everest’s work on the film at TimothyEverest.co.uk