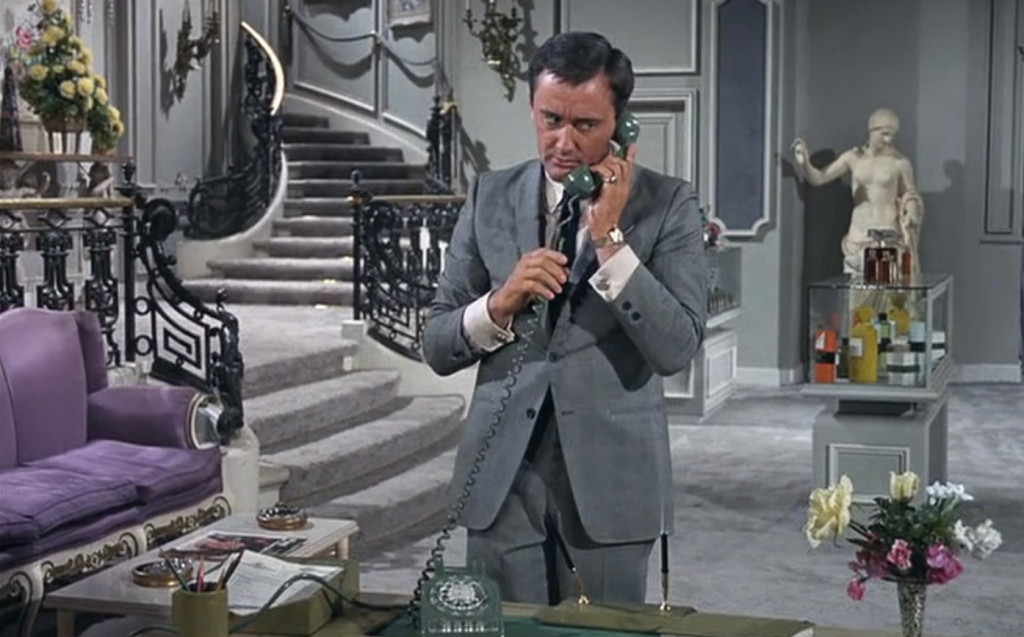 James Bond isn’t the only spy Ian Fleming created. Fleming also created Napoleon Solo, the main character in American television series The Man from U.N.C.L.E. played by Robert Vaughn. Though Solo, like Bond, is a well-dressed spy, his clothes have decidedly American characteristics. His suits are in an updated version of the classic American sack style, updated both for the 1960s and for a more international look. The second series episode of The Man from U.N.C.L.E. titled “Alexander the Greater Affair”, which was later turned into the feature film One Spy Too Many, features Napoleon Solo wearing a black and white glen check suit with a large repeat.

Like the classic American sack jacket, this suit’s jacket has no darts in the front. Instead, the jacket is shaped through the underarm dart and side seam. The shape of an English jacket is not possible without the front darts, but Solo’s jacket still has waist suppression and doesn’t look like a box. The lack of front darts has a clear benefit on this suit: it allows the large check to be uninterrupted on the front of the jacket. Solo’s jacket is updated from the ordinary sack with only two buttons on the front instead of three rolled to two, and the traditional natural shoulders are replaced with padded shoulders that have a slight concave—or pagoda—shape. The jacket has the popular 1960s trends of narrow lapels with very small notches and short, four-inch double vents. The jacket also follows the American tradition of two buttons spaced apart on the cuff, and it also has jetted hip pockets. Black buttons on the jacket match the black in the check but contrast with and complement the cloth as a whole. 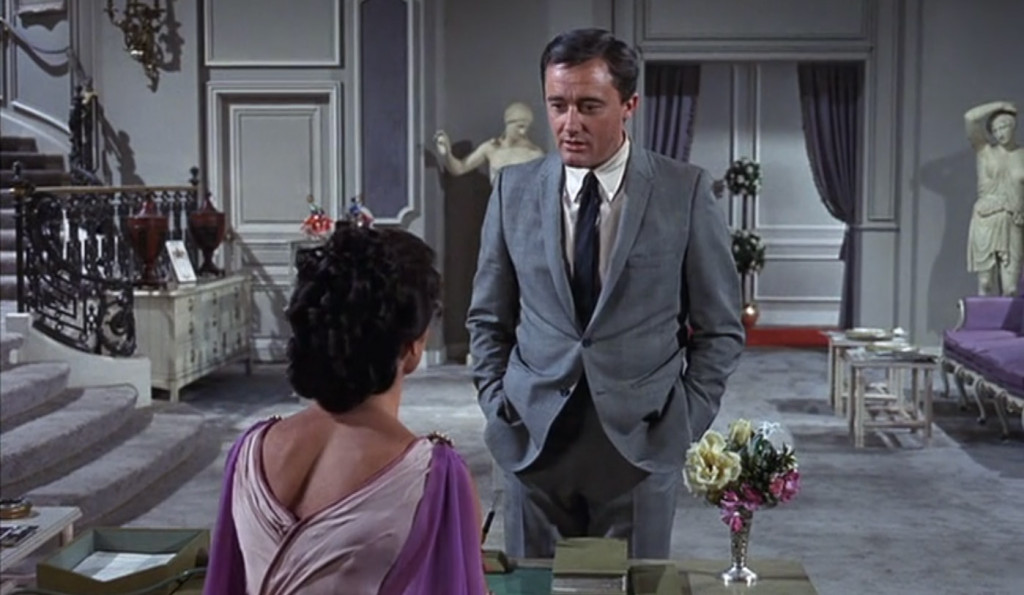 Solo’s cream shirt, which is likely pinpoint oxford, has a mismatch of styles. It mixes an informal button-down collar, which was a popular collar in the 1960s in America, with dressy double cuffs. Cary Grant was known to wear this incongruous combination, and it can be seen in Notorious. Solo’s narrow, solid black ribbed tie—which is in the spirit of James Bond’s dark textured ties—is tied in a four-in-hand knot. His shoes are black short ankle boots with elastic, similar to the boots Sean Connery wears in Goldfinger and Thunderball. A black leather belt holds up Solo’s trousers.

Apart from The Man from U.N.C.L.E.’s obvious similarities to the James Bond series, this episode has another connection to the Bond series. Teru Shimada, who would go on to play Mr. Osato in You Only Live Twice, plays the president of a small country who the villain of the story attempts to kill.