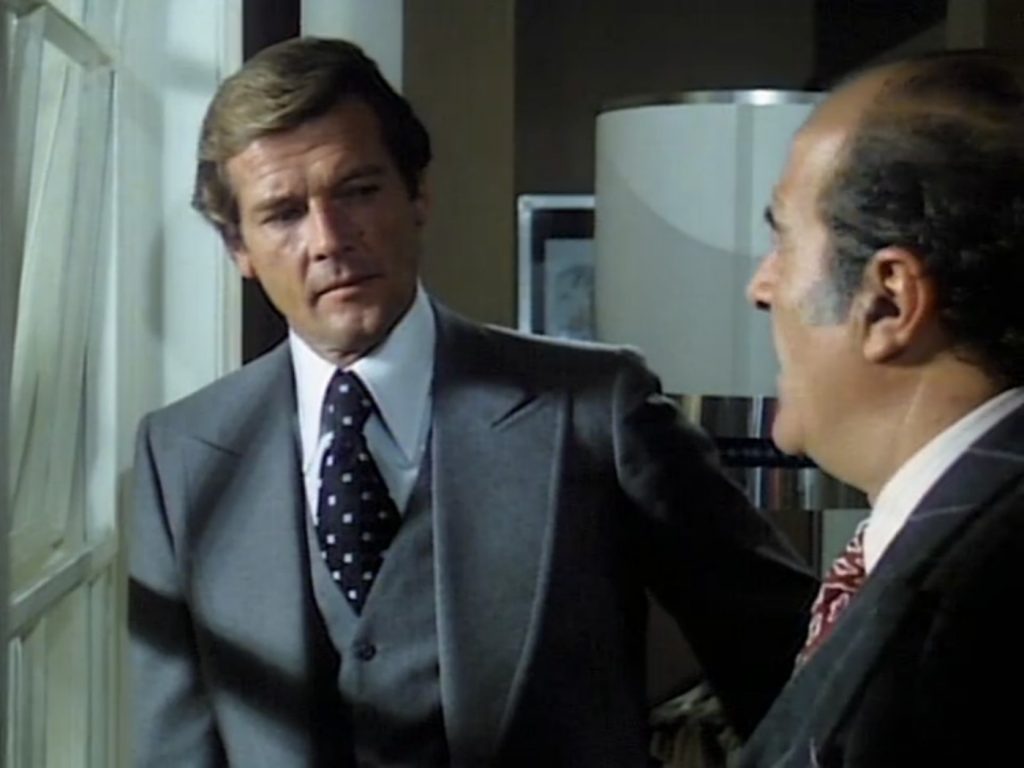 Roger Moore’s second film to feature the suits from Angelo Roma, the tailor who made the fashionable suits for The Spy Who Loved Me and Moonraker, is Street People from 1976. Since this is an Italian-made film, it’s very likely that Angelo Vitucci made these suits. The suits have the same cut as Angelo’s suits from the Bond films: the jacket has an elegant Roman silhouette with straight shoulders, longer jacket length and close fit through the body. The trousers have a flat front and a flared leg. 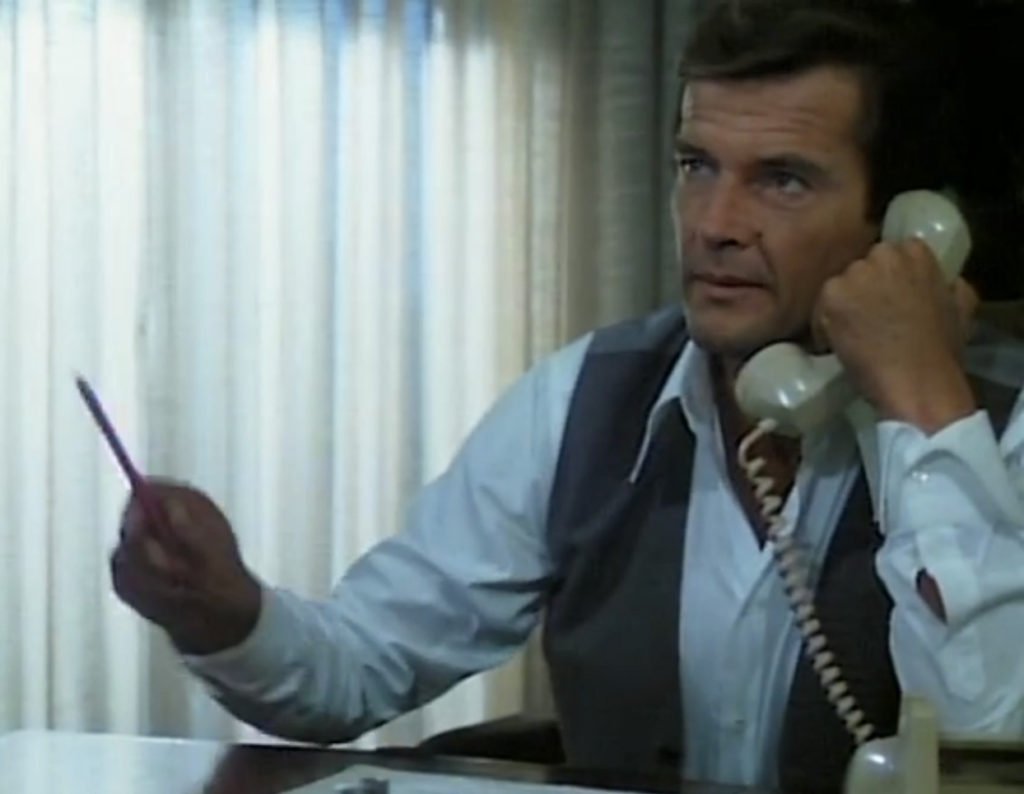 The light grey three-piece suit is one of the more interesting pieces in the film. The jacket is a button two with wide peak lapels. The lapels have a lot of belly, or outer curve, reminiscent of lapels from the 1930s and 40s. The jacket is detailed with swelled edges and four buttons on the cuffs. The pockets have flaps, but the flaps are much narrower than the lapels just as on Angelo’s suits in the Bond films. The jacket also has a very deep single vent that starts all the way up at the waist, reminiscent of a hacking jacket. The wide peak lapels, deep single vent and close fit is very much like the work of a popular fashion designer today: Tom Ford. Ford has very effectively done the single-breasted peak-lapel style. The waistcoat that completes the suit is a button six with two pockets. Angelo’s inspiration, like Tom Ford’s, likely came from English designer Tommy Nutter. 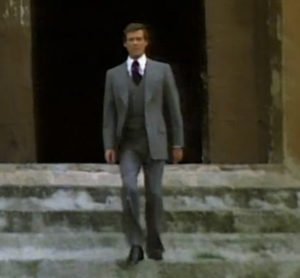 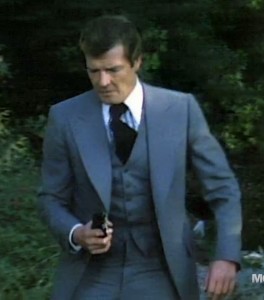