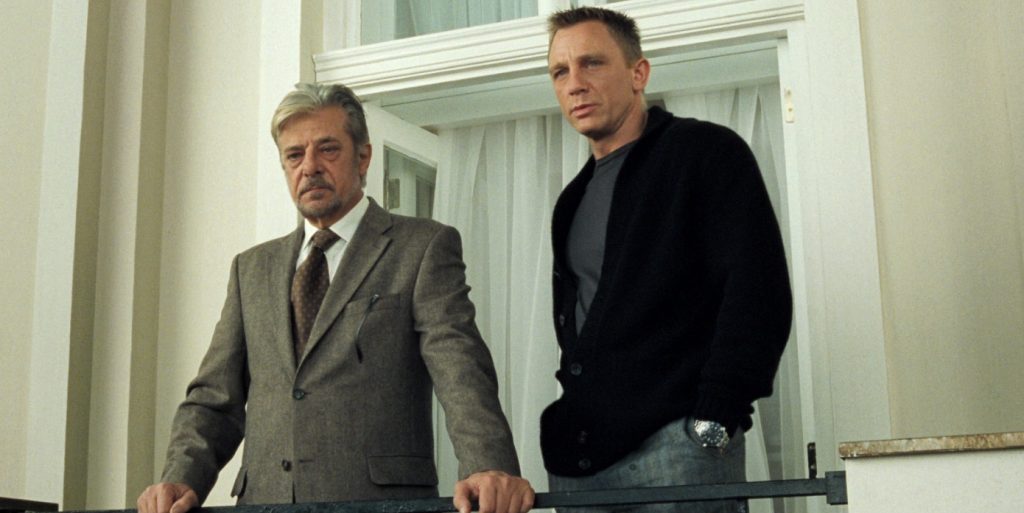 When chatting with Mathis on the balcony of his hotel suite in Casino Royale, James Bond wears a shawl-collared cardigan over a t-shirt and checked trousers. The outfit is stylish and urbane, yet it’s also young and very relaxed. This cardigan is the second in the film. Bond wears the first cardigan under his pea coat in the film’s opening scene. This second cardigan is black wool with six buttons down the front. The top button is placed in the middle of the shawl collar and is smaller than the other buttons. The bottom two buttons are spaced close together. The cardigan’s ribbed shawl collar continues down the front into a placket. There are two patch pockets on the front. The cuffs, pocket openings and hem are ribbed and elastic. Bond also wears this cardigan in Venice at the end of the film. 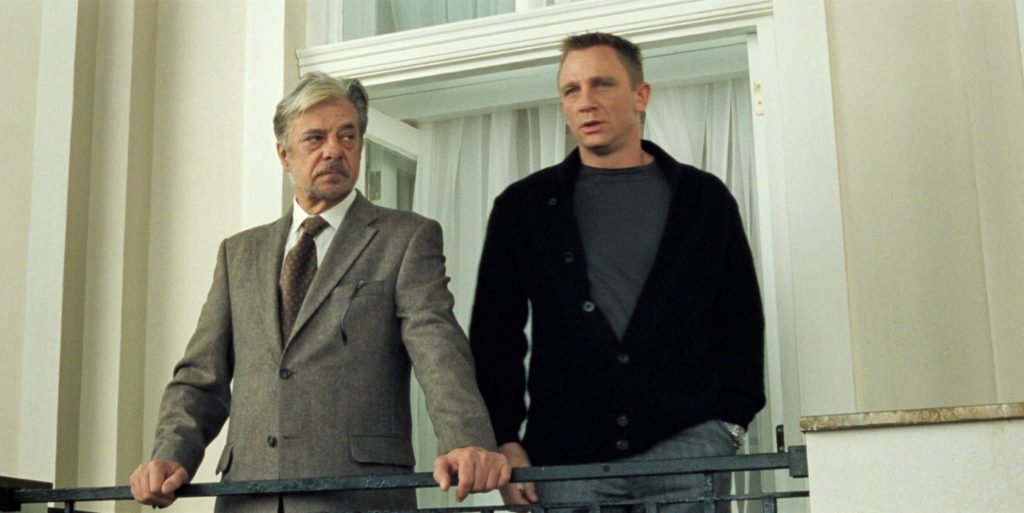 Under the cardigan, Craig wears a charcoal grey crew-neck fitted T-shirt from Sunspel. The dark t-shirt has a more refined look than a lighter grey or white t-shirt would have, but it keeps the outfit looking casual, relaxed and young. His trousers are the same checked trousers that he wears under his topcoat when breaking into M’s flat earlier in the film. They are in a small black and white glen check with an overlaid light blue check and have a flat front and turn-ups. Bond also wears black socks and black calf John Lobb Romsey two-eyelet chukka boots.

Though Bond changes his clothes many time in Casino Royale, he mixes and matches many of the same pieces as a real person would do. This adds a realism to the film’s wardrobe that most other Bond films do not share. The shawl-collared cardigan and checked trousers are only two of the many pieces that make multiple appearances in the film. The t-shirt he wears in this scene may also be the same t-shirt he wears under his pea coat in the film’s opening scene.