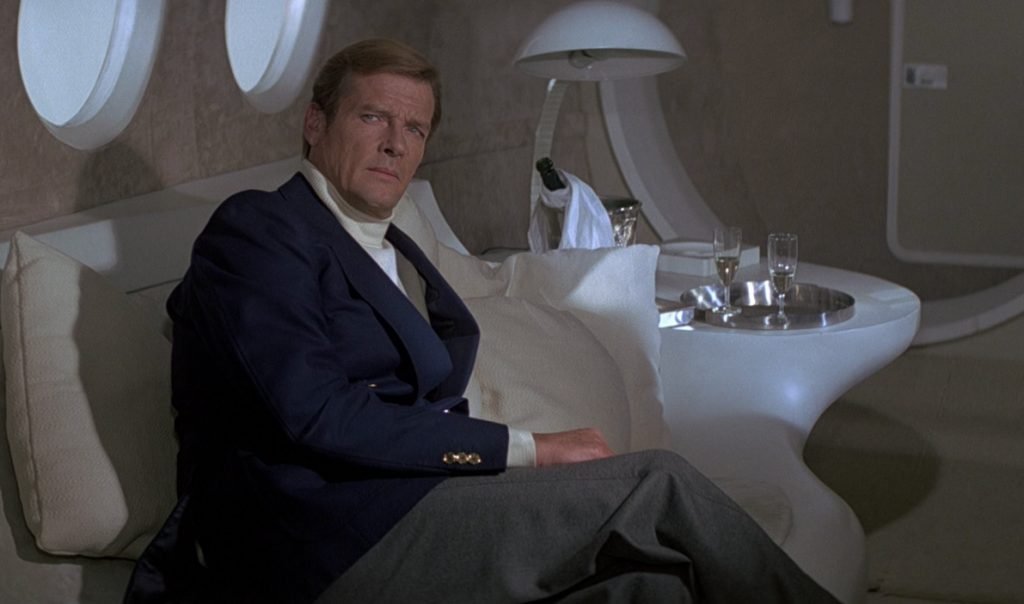 With the blazer, Roger Moore wears a thin beige wool jumper with a ribbed polo neck collar, ribbed cuffs and a ribbed hem. He wears the jumper untucked. The light grey woollen flannel trousers are cut with a wide, flared leg.

The differences between Roger Moore’s clothes and the stuntman’s are:

With the blazer, Roger Moore wears a thin beige wool jumper with a ribbed polo neck collar, ribbed cuffs and a ribbed hem. He wears the jumper untucked. The mid grey flannel trousers are cut with a flared leg.

Roger Moore has said, “Of course I do my own stunts. And I also do my own lying.”