After James Bond’s supposed death at the beginning of Skyfall, he retires on the beach wearing clothing of quality far below his usual high standards. Thanks to the collectors at ajb007, we know the sources for all the items in this outfit. The light blue-grey shirt with a small blue and dark grey floral pattern is from Zara. It has a small point collar, front placket, long sleeves with single-button mitred cuffs (worn rolled up), and patch pockets with buttoned flaps and inverted box pleats. The shirt is darted in the back for a close fit. The shirt has tails that would suggest that this shirt is meant to be tucked, but they’re for the look rather than function. The brown suede desert boots are also from Zara. 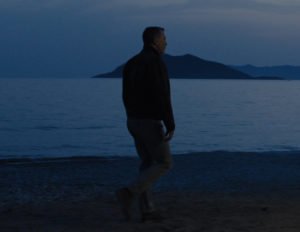 The trousers are khaki chinos from Topman with a tight fit. They have a low rise and a too-short hem for a part-hipster, part-1960s look. The leather jacket is the “Menlo” from Levi’s Vintage Clothing. It’s a 1930s style jacket with a zip front, turn-down collar and slanted pockets. The cuffs adjust with a tab and button. The back is very interesting, with action shoulder pleats, smaller pleats another couple inches further in, and a belt that adjusts with D-rings on either side. The stubble along with the distressed jacket and poor quality shirt and trousers all contribute to Bond’s very uncharacteristic—but appropriate—dishevelled look in these scenes. 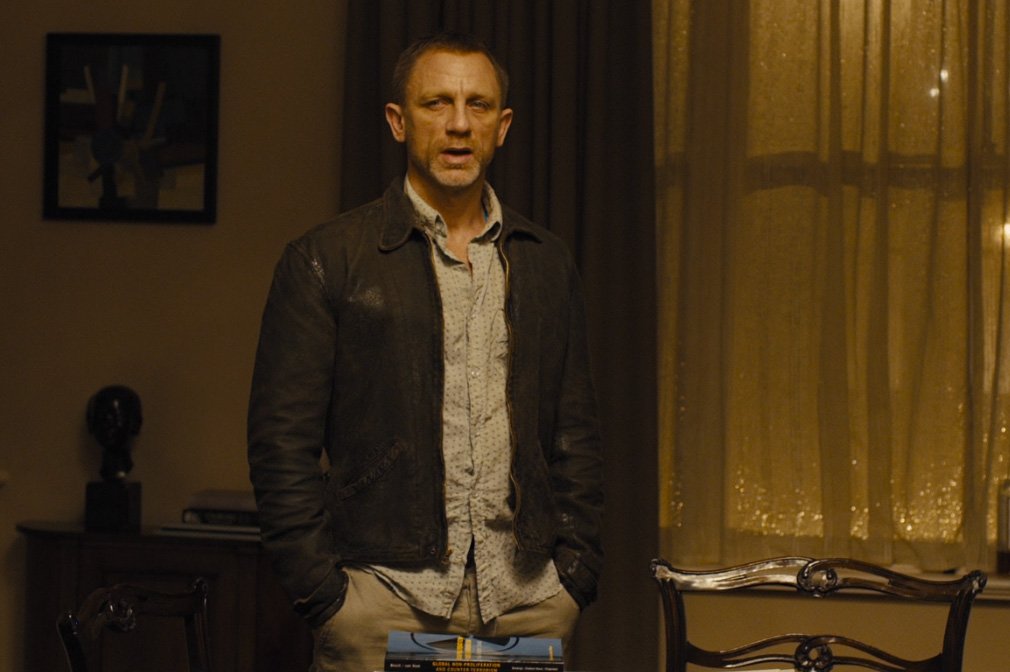