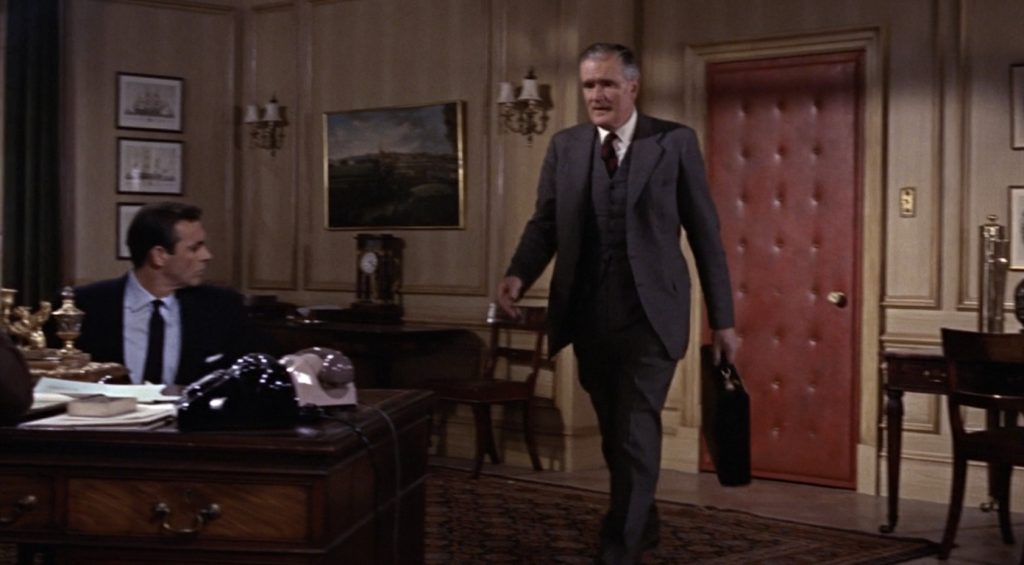 Skyfall is released today in the UK, and a new quartermaster is introduced. But let’s take a look back 49 years ago. From Russia With Love introduced Desmond Llyewlyn’s famous Q character, and he went on to appear in 16 more Bond films. He’s first seen in M’s office wearing a three-piece Prince of Wales check suit and looking the best-dressed he ever was in the series. It’s his own suit—the budget didn’t allow for minor characters’ wardrobes—made in a Savile Row style and probably bespoke. The Prince of Wales check cloth is black and white with red lines framing the pattern. The jacket is a very traditional button three with padded shoulders, a full chest and a nipped waist. It has flapped pockets, three buttons on the cuffs and a single vent. Q wears the jacket unbuttoned except for in a close-up shot, a continuity error. When he has it buttoned, only the middle is fastened. 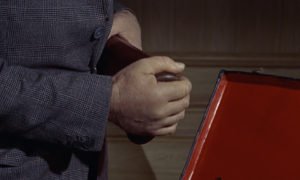 The suit’s waistcoat has six buttons with five to button and the trousers have forward pleats. Q wears a cream shirt with a spread collar and a Brigade of Guards regimental tie with navy and maroon stripes. Director of From Russia With Love, Terence Young, directed Llewelyn in a 1950 film called They Were Not Divided. Lewellyn played a Guards Officer and Young himself was a former Guards Officer. The tie is surely a nod to the film they did together 13 years earlier.