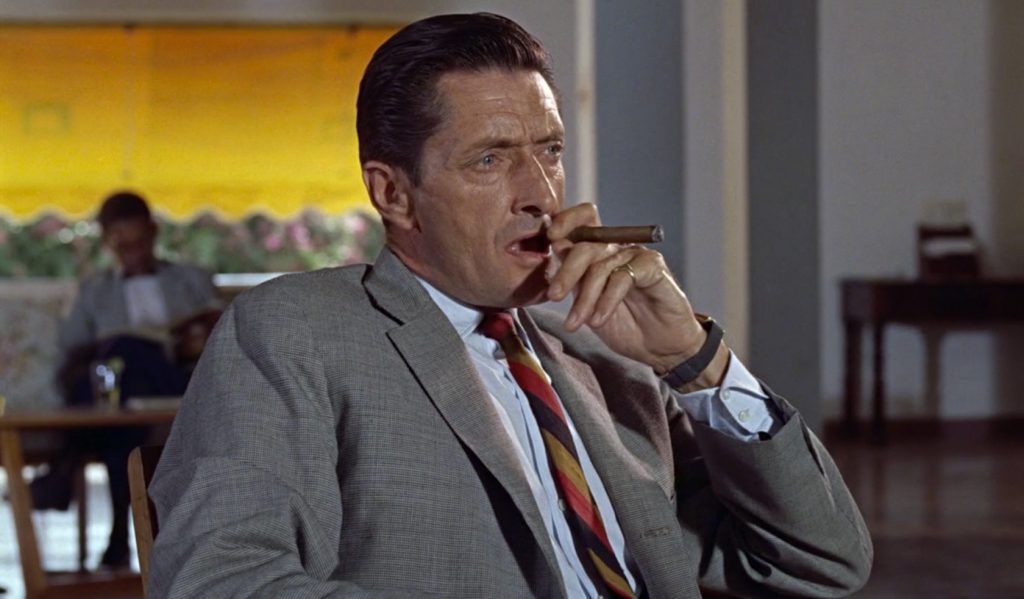 Professor Dent’s (Anthony Dawson) clothing has a few similarities to Bond’s, but overall he dresses in a far more ordinary fashion. Dent’s suit is a two and two check in black and white. The jacket is a button three with the lapels rolled to the middle button, and it is cut full with natural shoulders. The cuffs have two buttons, spaced apart. Dent’s narrow tie has wide red, olive and black stripes—in the opposite direction from most regimental stripes—and he ties it in a Windsor knot. He wears black shoes and a black belt with the suit. 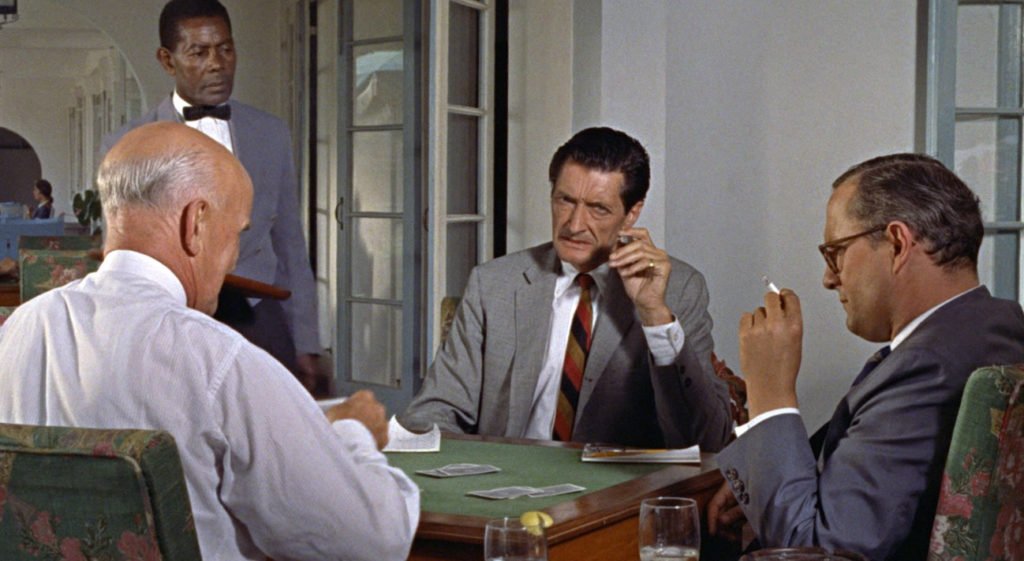 Dent wears two different shirts with this suit. The first (above) is white with a button-down collar, placket and square-cut barrel cuffs. The second (top) is ice blue with a spread collar, placket and cocktail cuffs. Bond was not the only person in Dr. No to wear cocktail cuffs, but Dent’s are not the same. They both are rounded and have a wide spread, but Dent’s lay flat and have the buttons spaced further apart. Whilst Turnbull & Asser made Sean Connery’s shirts, Frank Foster made this blue shirt (and perhaps also the white) for Anthony Dawson.