At the end of Quantum of Solace, Bond dresses well for snowy weather, something I’ve been experiencing a lot of lately in New York. Bond wears a ten-button double-breasted, knee-length black herringbone wool greatcoat with flapped pockets and a belted back. Draped around his neck is a brown and black glen plaid silk scarf. Both the coat and scarf are from Tom Ford. Bond also wears black or dark brown gloves. 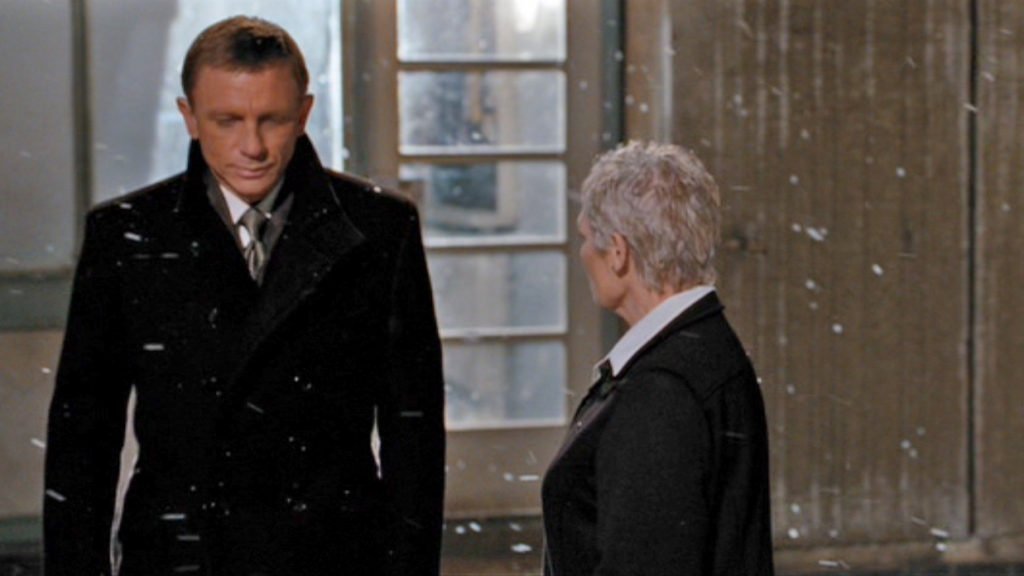 Very little of the suit underneath the overcoat can be seen, but in the book Bond on Set, by Greg Williams, there is a full length picture of Bond where the trousers are visible. It appears from the picture that the suit is dark charcoal grey and is likely the same suit Bond wears in London earlier in the film. The shirt is white with a spread collar and double cuffs. 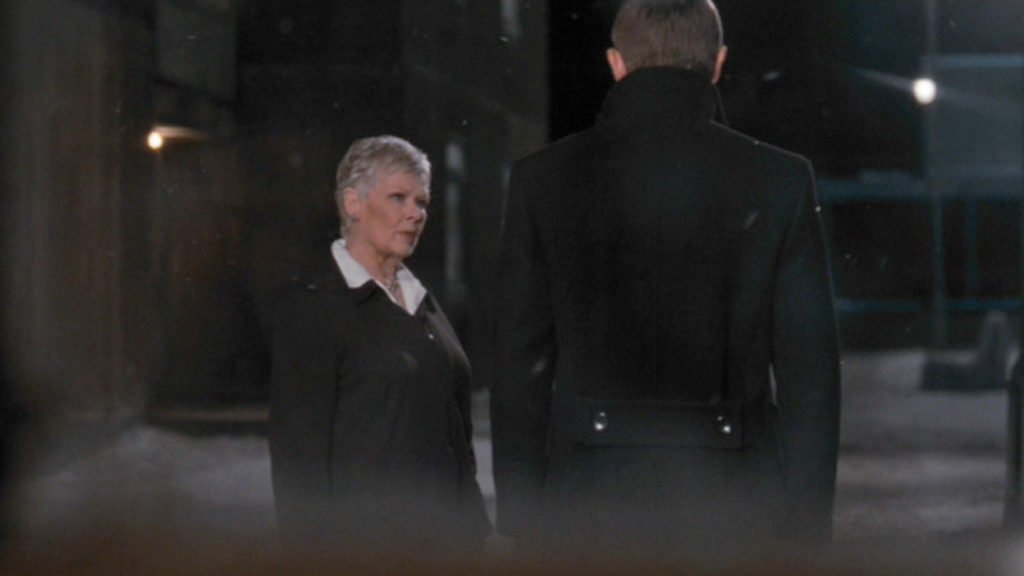 The tie is a pattern of ovals, either in black and silver or dark brown and silver. Tom Ford produced the tie in both colours and in different parts of the scene the tie looks like it could be either colour from the changes in lighting. Bond’s shoes are black oxfords from Church’s. 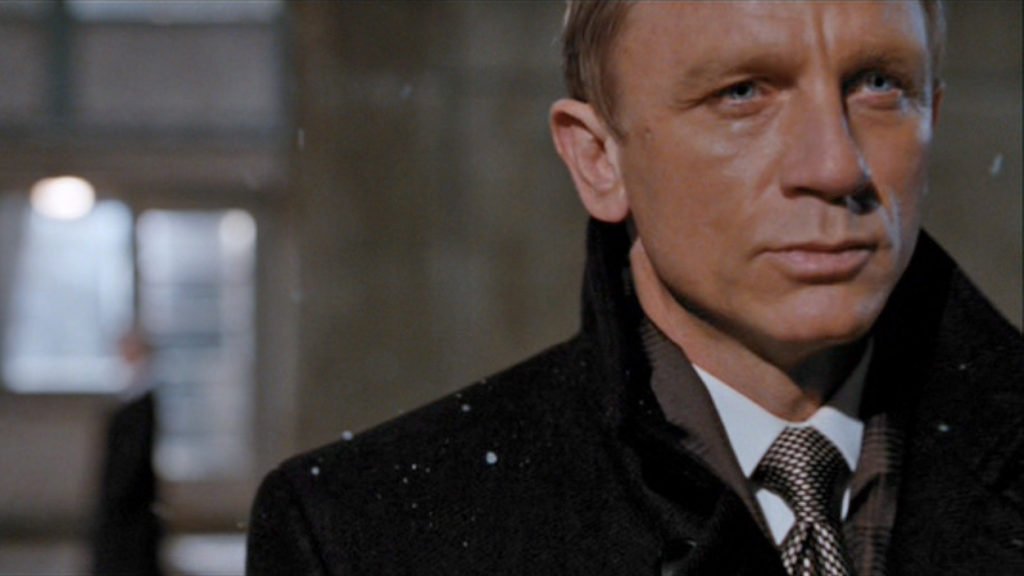