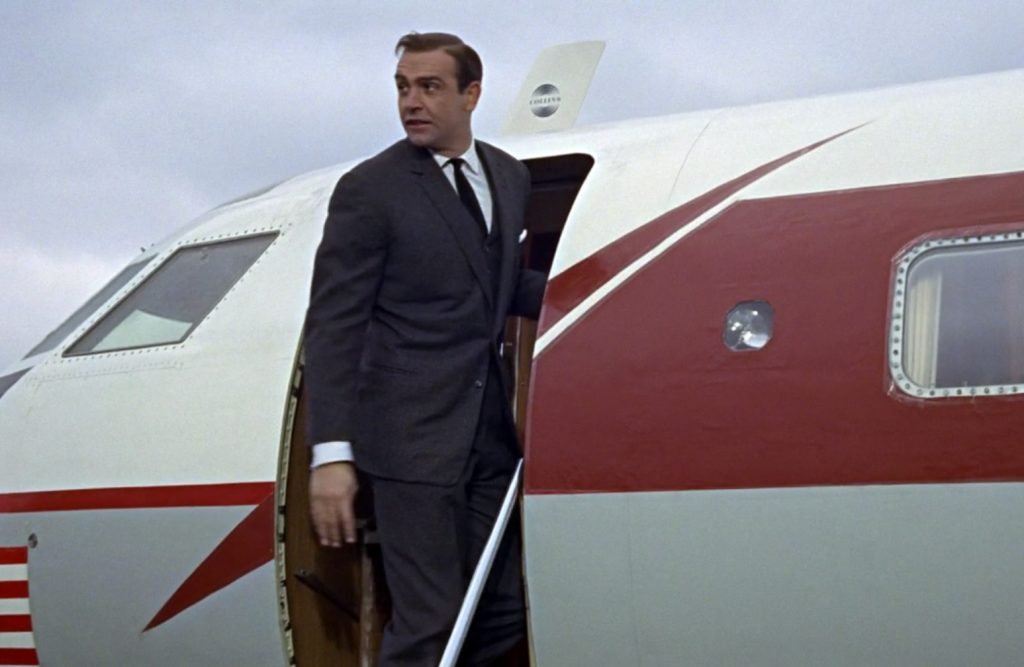 The final scene of Goldfinger features Sean Connery in his second three-piece suit of the series, a charcoal grey woolen flannel. Bond believes he’s on his way to meeting the President of the United States, giving Bond a reason to wear the added formality of a waistcoat. A flannel suit is also comfortable for an flight, since it’s both comfortably soft and warm.

The suit is the usual Anthony Sinclair suit, a button two jacket cut with soft shoulders, roped sleeve heads and a full chest. The jacket is detailed with four buttons on the cuffs, jetted pockets and no vent. The buttons are made of dark grey horn. 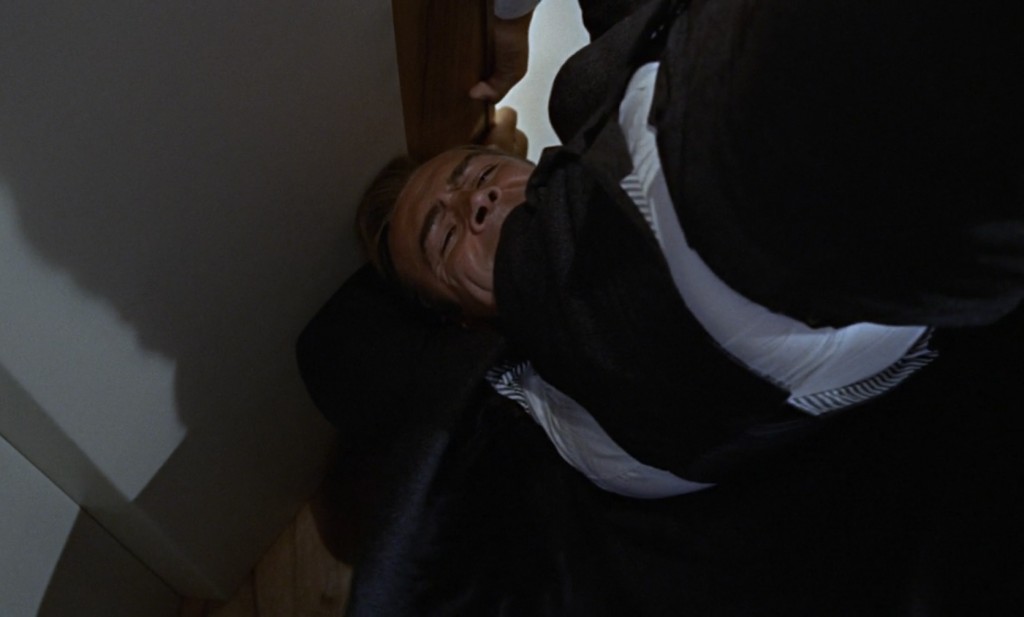 The waistcoat has six buttons with five to button, so the bottom button is on the waistcoat’s cutaway and is not designed to fasten. The inside of waistcoat and the jacket sleeves share the same navy and white striped lining.

The trousers are cut with double forward pleats and have “DAKS-Tops”-style button-tab side adjusters and plain hems.

Connery wears a shirt from Frank Foster in white with a faint broken grey stripe. The shirt has a spread collar, front placket and double cuffs with rounded corners.

The tie Connery wears is the Fleming Bond favourite: a black knitted silk tie tied in a four-in-hand knot. The knitted tie is too casual for this dark three-piece suit, and not appropriate for a meeting with the president. A black grenadine tie like Connery usually wears in his other Bond films would go better with the suit and for the occasion.

On his feet are black side-gusset demi-boots, a short boot not much taller than a shoe that was trendy in the mid 1960s. 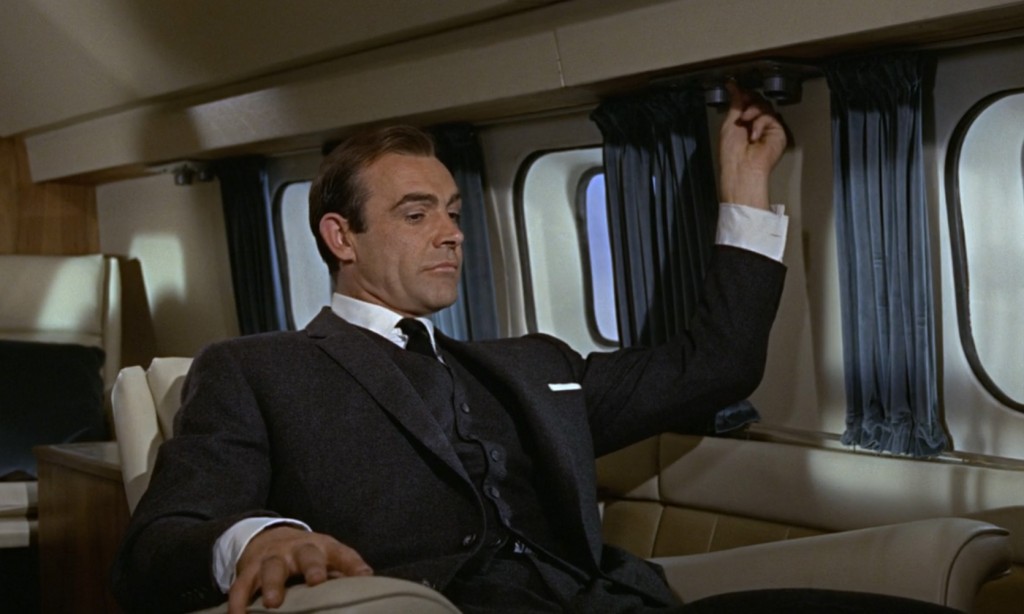 This suit is very similar to the next suit Bond wears, featured in Thunderball‘s pre-title sequence. The Thunderball suit differs most obviously by having a straight bottom to the waistcoat and turn-ups on the trousers.