In On Her Majesty’s Secret Service, M (Bernard Lee) wears a modern take on the smoking jacket in dark green velvet. Traditional smoking jackets have a frog closure—a button or toggle that fastens through an ornamental braided loop—but M’s smoking jacket is updated with a conventional button and buttonhole. Smoking jackets are meant for private wear, either as an alternative to the dinner jacket or as a garment for lounging. M wears his for the latter purpose when tending to his butterfly collection. 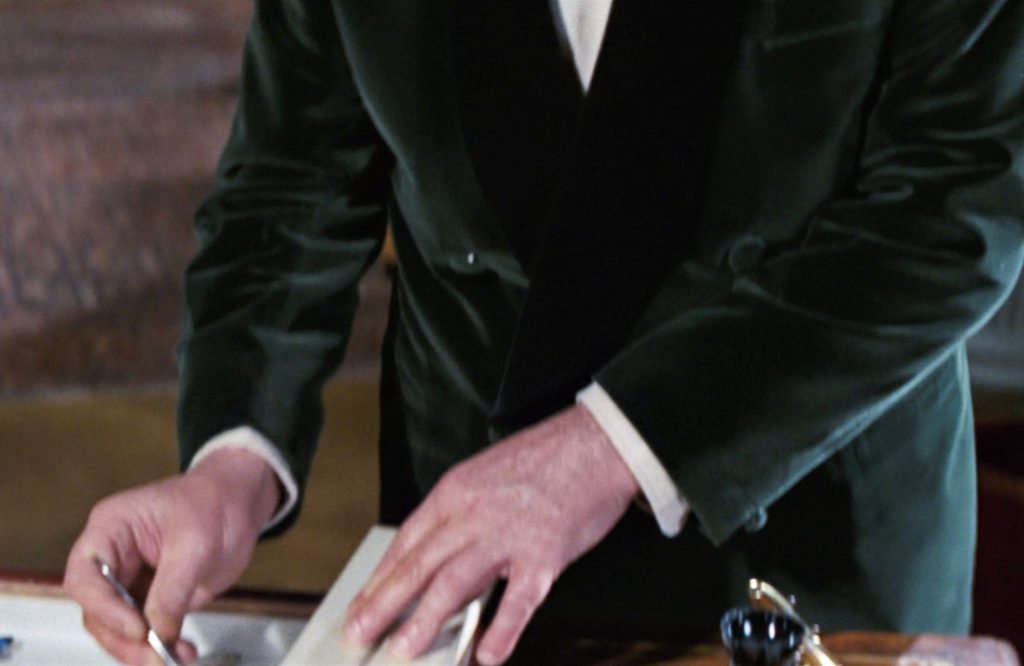 M’s double-breasted, shawl-collar smoking jacket has four buttons with one to button, the same style as his dinner jacket is Goldfinger. It is cut with natural shoulders, roped sleeve heads and a draped chest. M’s smoking jacket has one button on the cuffs rather than the customary ornamental braid that would accompany a frog closure on the front, but the jacket follows tradition with jetted pockets and a non-vented skirt. The black velvet lapels contrast with the body of the smoking jacket, but the buttons are covered in the body’s green velvet. The jacket could essentially be called a velvet dinner jacket, but M wears the jacket in the manner of a smoking jacket. 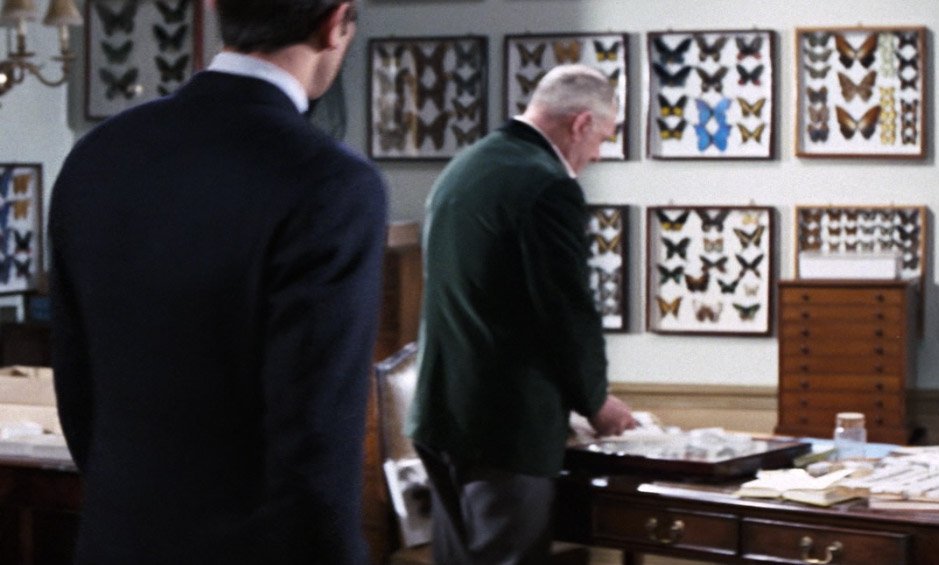 Under the jacket, M wears an ecru shirt with a spread collar, button cuffs and a plain front. Around his neck and under the shirt he wears a day cravat in an ancient madder print in brown, red and chartreuse on white. His trousers are dark grey and probably flannel. Though we don’t see M’s footwear, the natural choice for this outfit would be a pair of velvet Albert slippers with quilted linings and leather soles.