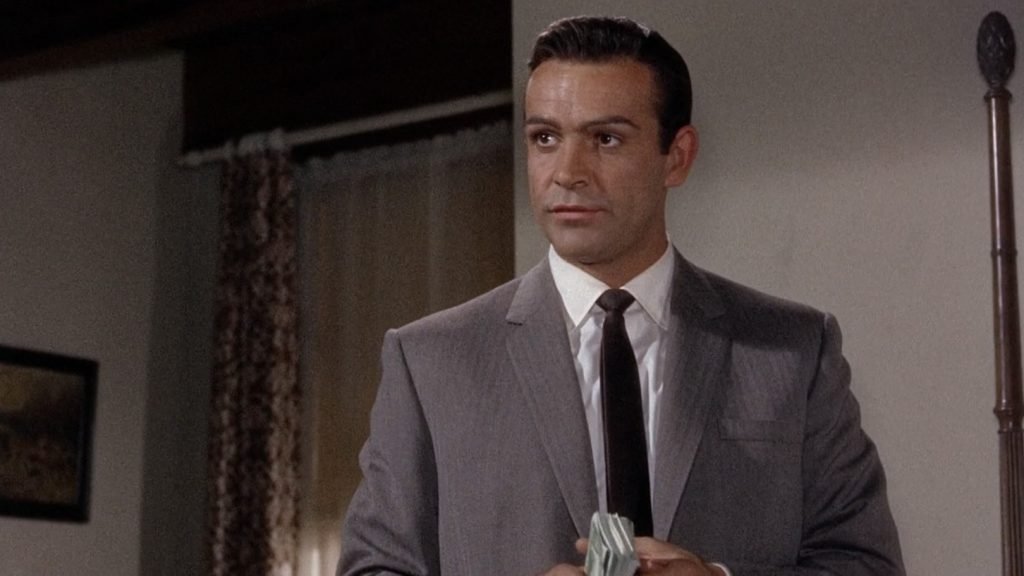 For Alfred Hitchcock’s 1964 film Marnie, costume designer James Linn came up with varied wardrobe or suits and sports coats for Sean Connery to wear. For a large portion of the film, Connery wears a taupe suit quite unlike anything he wears as James Bond. Though Connery wears a few brown suits as James Bond, Bond’s are all in dark shades of brown. This suit is in a medium shade of taupe, which is a grey-brown. The name for the colour comes from the French taupe, a noun for the mole animal. A mole is dark grey-brown, and the colour is named after it.

Connery’s taupe suit is a heavy worsted wool woven in a herringbone weave with a white pinstripe bordering each repeat of the herringbone. This suit is what might be called a “town and country” suit, being neither completely a town suit nor a country suit. It is made in a worsted cloth, which is typically worn in town, and it has the details of a town suit, such as a vent-less rear and straight pockets. But taupe’s marginally warm tone brings it into the country. Since taupe is between grey and brown, it makes the transition nicely. Formality-wise, a taupe suit also fits between grey and brown. 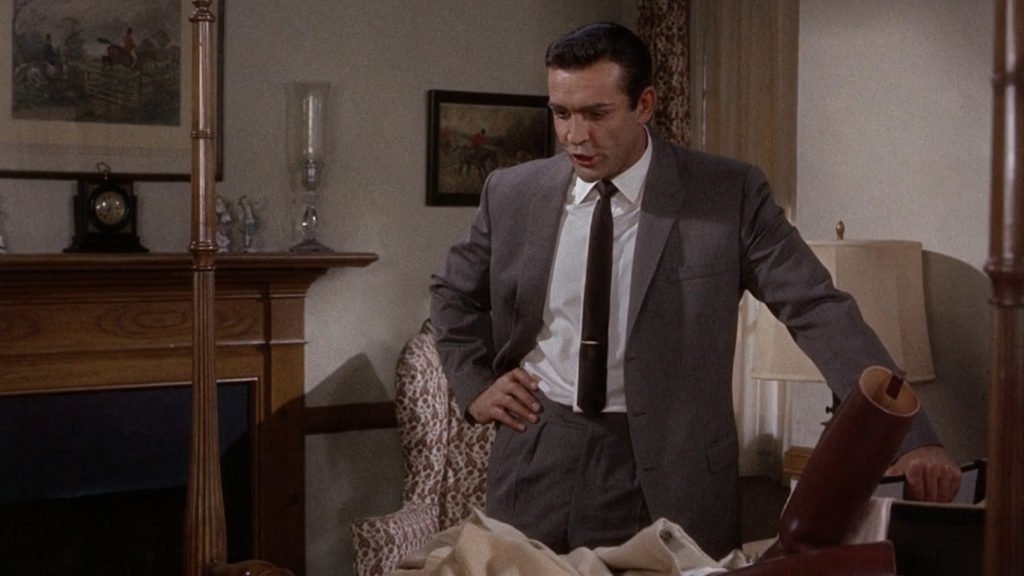 This suit is made in the same style as all of Connery’s other suits in Marnie, and the cuts of both the jacket and the trousers suggest an English tailor. The jacket is cut with a full chest and a gently suppressed waist. The shoulders are on the natural shoulder line with more padding than his suits in the Bond films have, and the shoulders have roped sleeve heads. The jacket buttons three with the lapels gently rolled over the top button, and it is detailed with flap pockets, three buttons on the cuffs and no vent. Connery briefly rides a horse in this suit, and the lack of vent does not make the task impossible. A vent, however, would likely have made Connery more comfortable on the horse.

The suit’s trousers have double forward pleats, a tapered leg with turn-ups, an extended waistband closure and button side tabs to adjust the waist. Instead of the tabs extending forward as they ordinarily do (like on Connery’s Bond suit trousers), these tabs extend rearward.

The cream shirt has a spread collar, front placket and single-button rounded barrel cuffs. The shirts resemble Frank Foster’s shirts, with a familiar collar shape and a placket stitched close to the center. Connery’s narrow tie is solid dark brown in a shiny satin weave, and it is tied in a windsor knot. The tie is held to his placket with a tie bar at the height of the jacket’s top button so it is just barely seen when the jacket is closed at the middle button. Connery’s shoes are medium brown derbys with an elongated and slightly squared toe. The shoes likely have double leather soles for extra durability in the country. 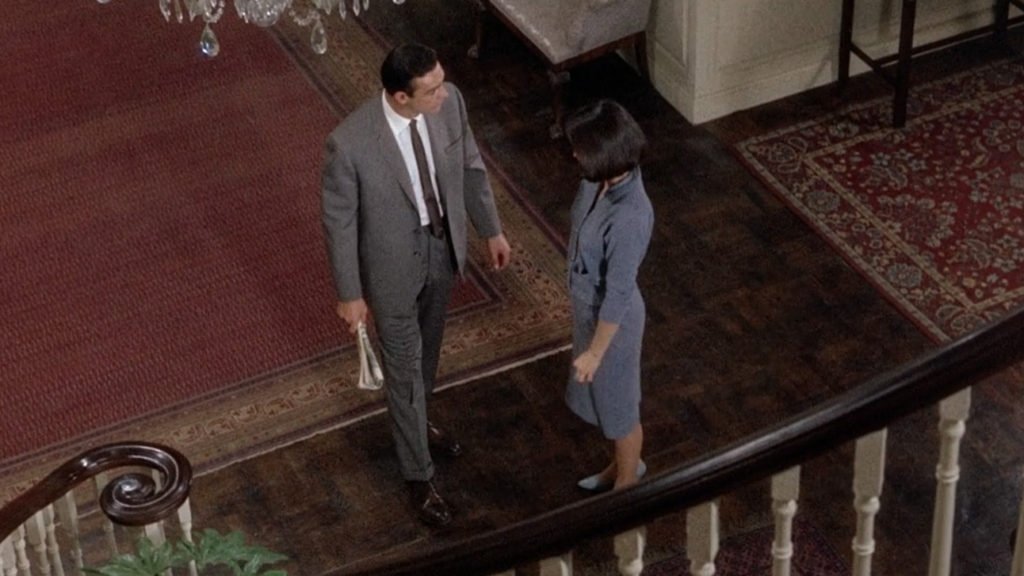