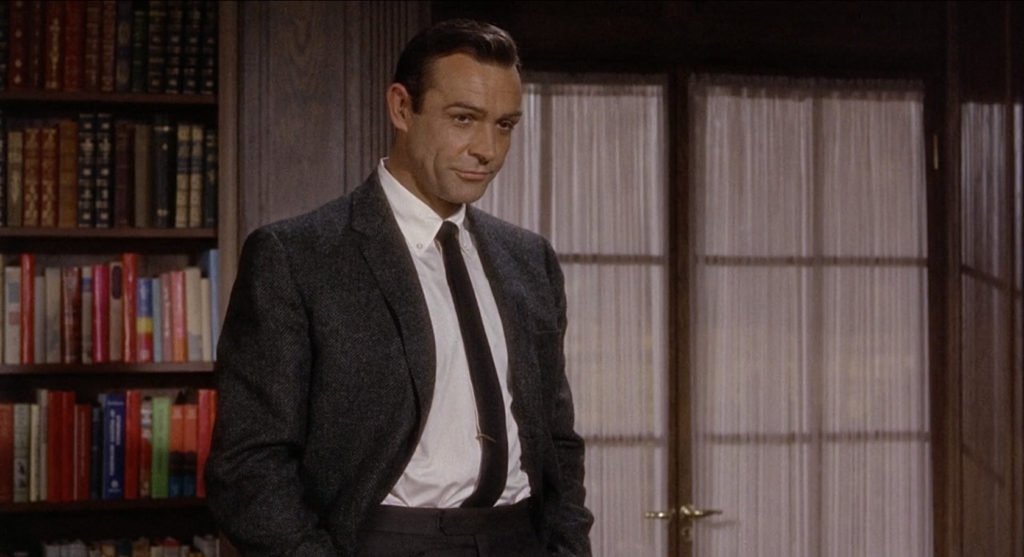 In 1964’s Marnie, directed by Alfred Hitchcock, Sean Connery wears an elegant mix of American Ivy League—as worn by Felix Leiter in Goldfinger—and English Savile Row style. I’m not talking about the “Updated American” suit, which takes the American sack suit and adds darts to the jacket—and sometimes pleats to the trousers. I’m talking about the way one wears his clothes. Another Hitchcock leading man, Cary Grant famously dressed in an English-American manner, often combining English tailoring with American accessories. Polo Ralph Lauren is currently the most well-known purveyor of this style, whilst New York and Chicago’s Paul Stuart and Charleston’s Ben Silver also excel at selling this style of clothing, both in their tailoring and in their accessories. 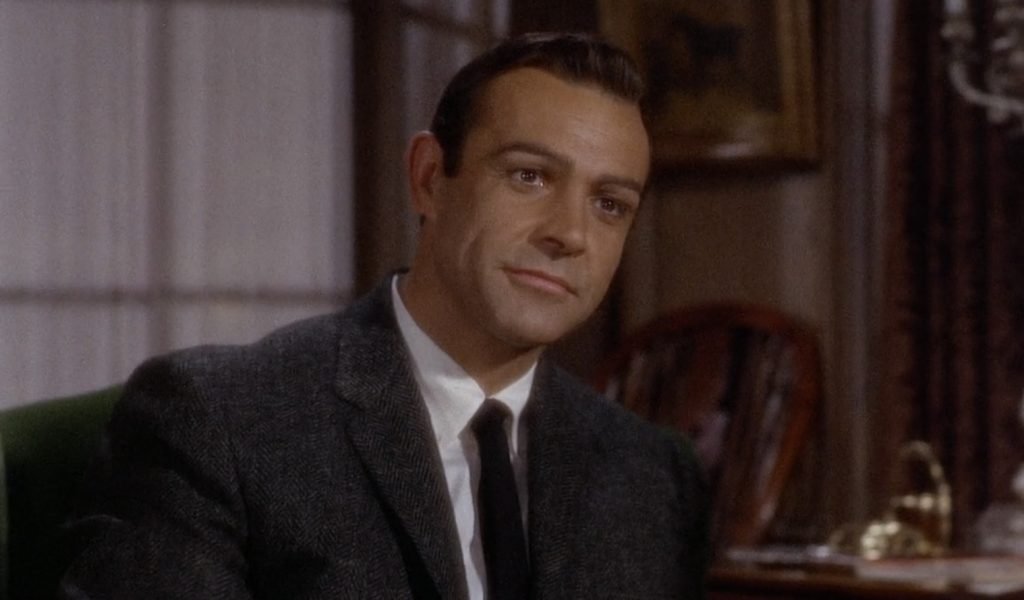 Though Connery’s sports coats and trousers in Marnie are likely English in origin, he wears them in a decidedly American manner. This jacket is a woolen herringbone tweed in black and grey. It buttons three, with the lapel rolling over the top button. That type of lapel roll is typically associated with American tailoring, though English tailors have been known to cut their suits this way as well. Though all of the suits in Marnie have a somewhat full cut, this jacket may be cut a bit fuller, since Americans often wear their sports coats larger to be able to accommodate a jumper underneath. The full cut works well on Connery, since a more athletic cut wouldn’t drape as well considering his large drop. Still, the jacket has plenty of shape. Like the suits in Marnie, this jacket has flap pockets, three buttons on the cuffs and no vent.

The trousers are English in cut. They have double forward pleats, a tapered leg with turn-ups, side tabs and an extended waistband closure. The choice of charcoal for the trousers isn’t the best since there is little contrast with the jacket. However, there is contrast in texture, and that counts for something. 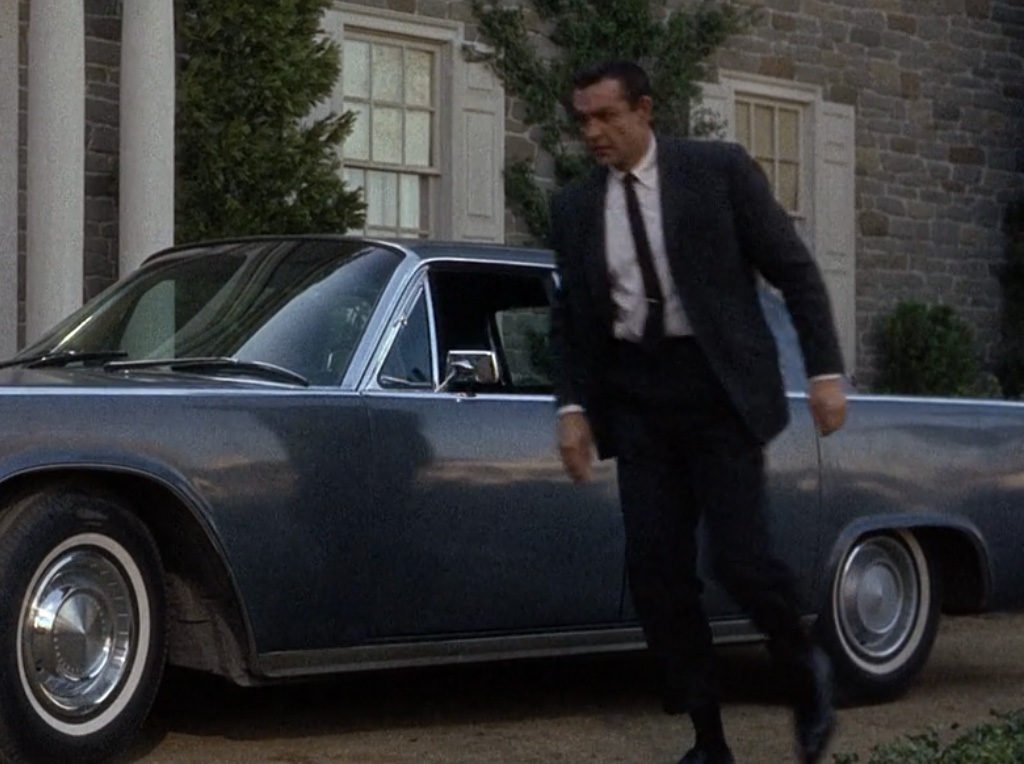 In comparison to the trousers, the shirt is an American classic that Connery never wore as Bond: a button-down oxford. The key to a successful button down collar is in the roll. The buttons are placed a bit higher up than where the collar points fall to assist the roll. The button-down is a rather casual collar, and thus Connery only wears it with sports coats in Marnie.

Most people in England would never wear a tie with a button-down collar, since the buttons are there to help the collar stand up when it is unbuttoned more than they are there frame the tie. Connery also wears his ties in Marnie much different from how he wears them as Bond. The ties are narrower in Marnie, and narrower than his already somewhat narrow lapels. The tie is plain black, and he clips it to his shirt with a tie bar. He wears the bar with a slight downward angle. And in some shots the tie tucked into his trousers, meaning his ties are an extra-long length considering Connery’s height. Because the tie is so narrow, it’s difficult to tell if he is using a Windsor or Half Windsor knot.

Connery’s lace-up shoes are black, keeping all the colours of the outfit in black, white and grey.