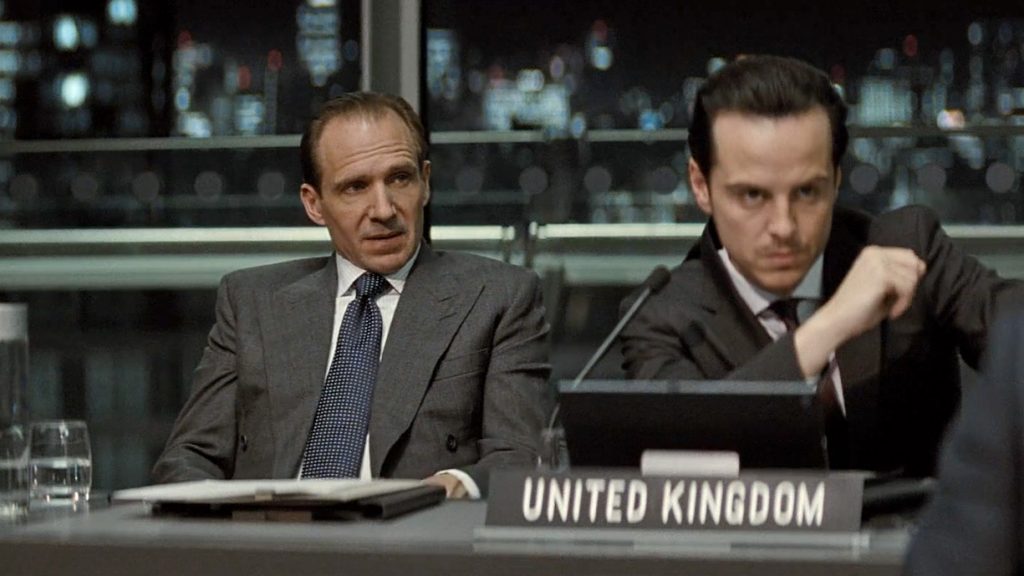 London tailor Timothy Everest tailored a number of beautiful suits for Ralph Fiennes to wear as James Bond’s boss M in Spectre. One of these is a criminally underused double-breasted suit in a dark grey Prince of Wales check—likely made up of medium grey and black—with a blue overcheck that M only wears in a scene that takes place in Tokyo. An article on Timothy Everest’s website mentions that for Spectre Everest abandoned the “heavy worsted wools and flannels” that he dressed Fiennes in for Skyfall in favour of “more modern, medium weight Super 120’s worsted wool”. This checked suit may be the lightest of Fiennes’ wardrobe in the film, which makes sense because Tokyo is warmer than London. Being a Prince of Wales check makes this suit less formal than M’s striped London suits, though since it dark grey it is still a serviceable business suit around the world.

The jacket is made in the same style as Fiennes’ chalkstripe suit that he also wears in Spectre. The suit jacket is a classic button two, show three double-breasted, but M casually leaves it open. It has a traditional Savile Row cut with straight shoulders, roped sleeve heads, a full chest, a nipped waist and medium-wide peaked lapels. The jacket is detailed with four buttons on the cuffs, straight flapped pockets and double vents. The edges are finished with subtle pick stitching, and the buttons are dark horn with a four-hole domed centre. 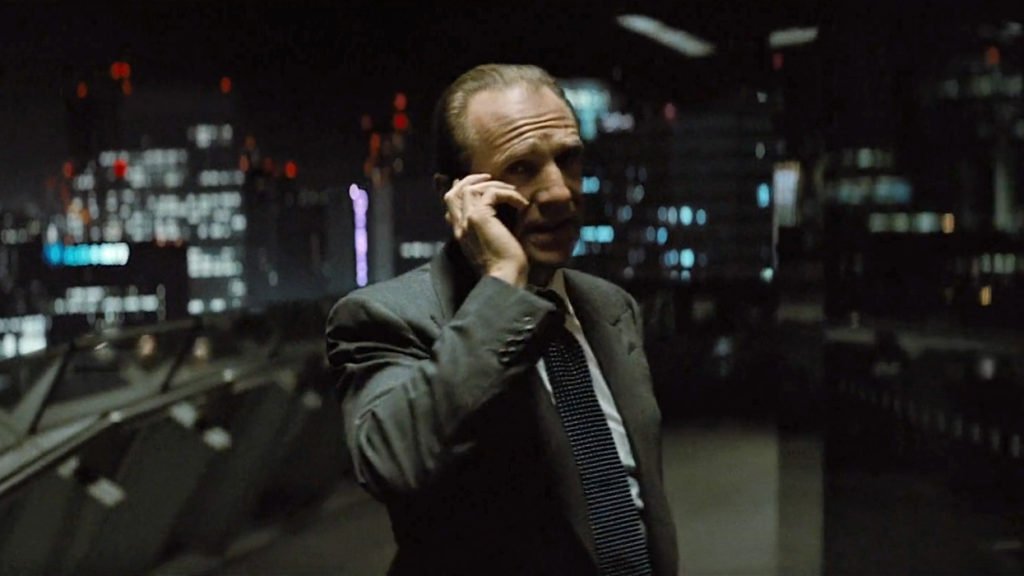 The suit trousers are not seen, but they likely match the trousers of Fiennes’ other suits in the film, which have a plain front, slanted side pockets and medium-width tapered legs that likely have turn-ups. The waistband would have a tab extension with a hidden clasp closure and slide-buckle side adjusters. The trousers are most likely worn with braces, and the rear would have two tabs for the braces to attach to, which raises the back of the braces like a fishtail back would do to make the braces more comfortable.

M’s shirt is a white and light grey bengal stripe, which picks up the grey in the suit, and it has a spread collar and double cuffs. M wears a navy tie with white polka dots, and he knots the tie in a Windsor knot. We don’t see his shoes, but they are likely the same black cap-toe oxfords he wears in London. 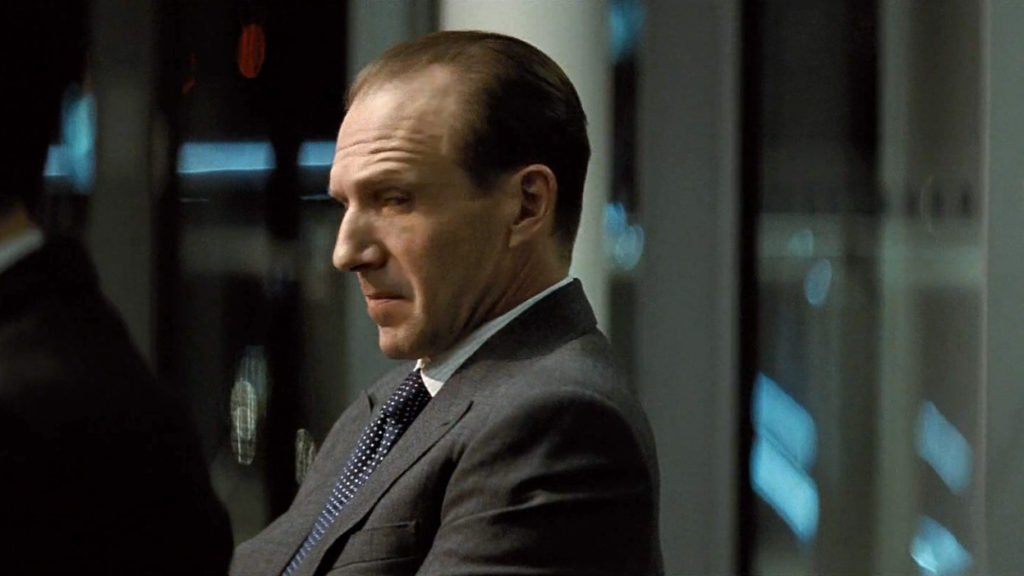