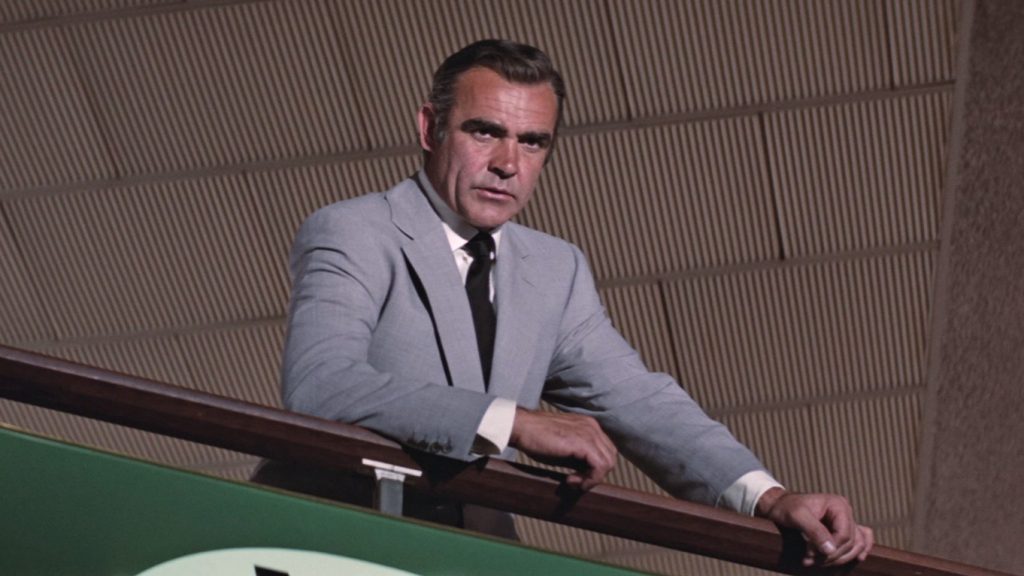 Apart from the wider lapels and pocket flaps, and the removal of trouser pleats, little has changed in Sean Connery’s clothes from Dr. No to Diamonds Are Forever nine years later. Even the cloths have stayed the same, like the light grey tropical worsted wool. The cool tone of grey doesn’t blend in as well with the Las Vegas desert as Connery’s more casual cream linen suit later in the film does. Grey has a more formal look than the cream linen suit does, which looks more appropriate for the setting. But light grey is dull enough to not stand out in the pale desert. 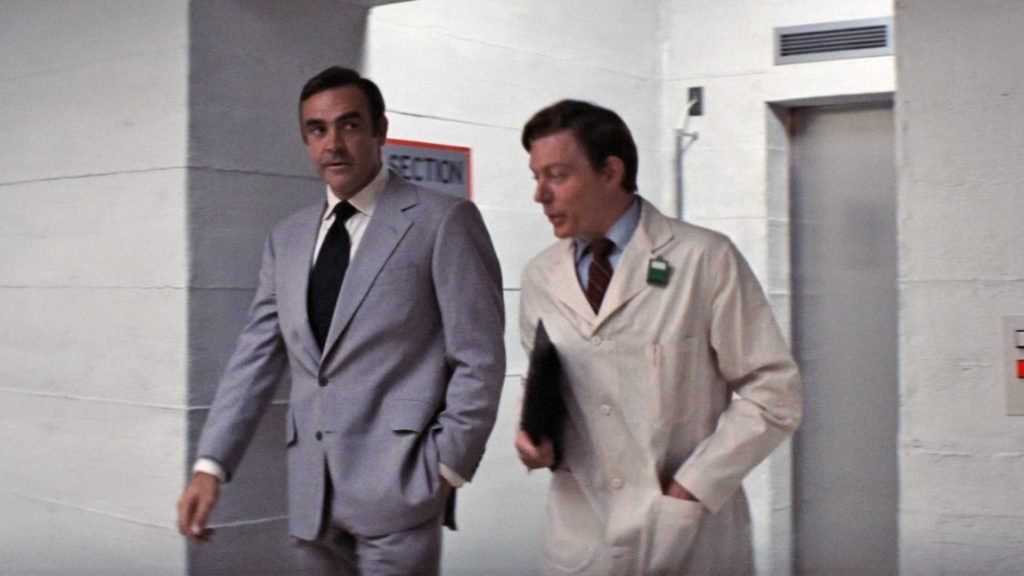 This button two suit cut by Anthony Sinclair has soft shoulders, roped sleeve heads and a cleaner chest than what Sinclair made in the 1960s. The pockets are slanted with wide flaps, there are four buttons on the cuffs and there are deep double vents at the back. The trousers have a darted front, on-seam side pockets, tapered legs with plain hems and a square extended waistband with a hidden hook closure and “Daks tops” button-tab side adjusters with three smoke mother-of-pearl buttons on each side. The trousers have on-seam side pockets and a jetted coin pocket on the right side under the waistband. 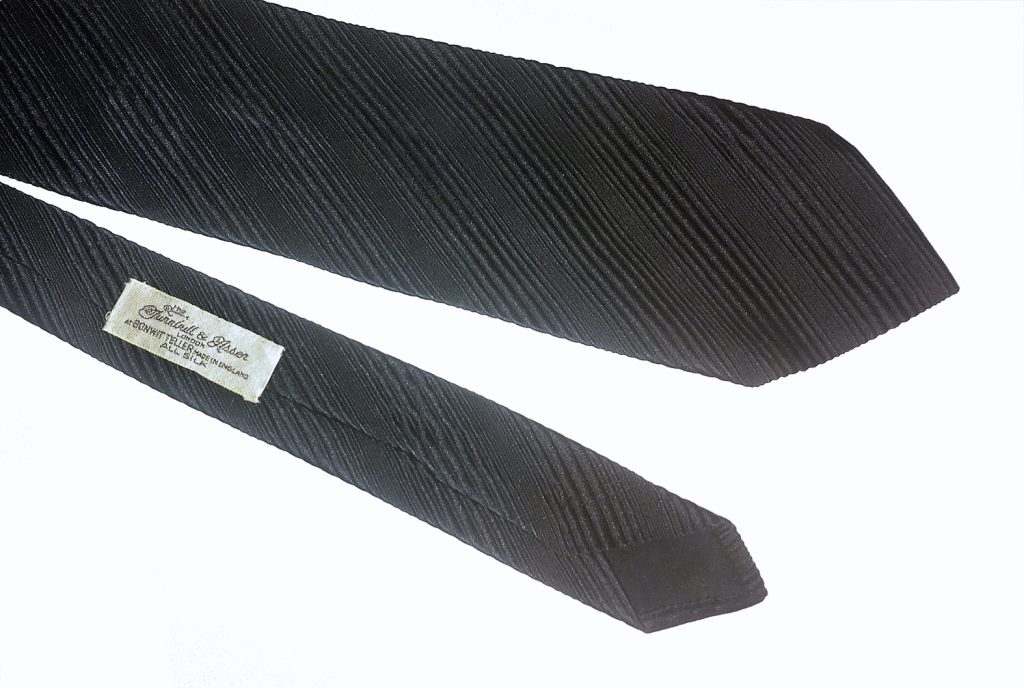 Connery wears a cream poplin Turnbull & Asser shirt with a spread collar and two-button cocktail cuffs. The black tie is from Turnbull & Asser as well and has a ribbed weave, with ribs of varying widths. Like the grenadine ties that Connery most often wears, this tie is also solid and still has plenty of surface interest. Roger Moore wore the same tie in different colours in The Persuaders. Click on the photo of my tie above to see a close-up picture of the tie’s ribbed pattern. My tie is 4 3/8 inches wide, probably a similar width to Connery’s tie. Connery ties his tie in a windsor knot.

He wears black socks and black three-eyelet derby brogues, except when on the bike he is seen wearing black suede strap ankle boots that look like that look like dark grey because they are covered in the desert’s sand. The boots are essentially a chukka boot with a strap instead of laces and resemble monk shoes. Both the shoes and boots are from John Lobb Ltd of St. James’s, London. The derby is their “Full Brogue V-Front” and the boot is their “Strap Hilo Boot”. 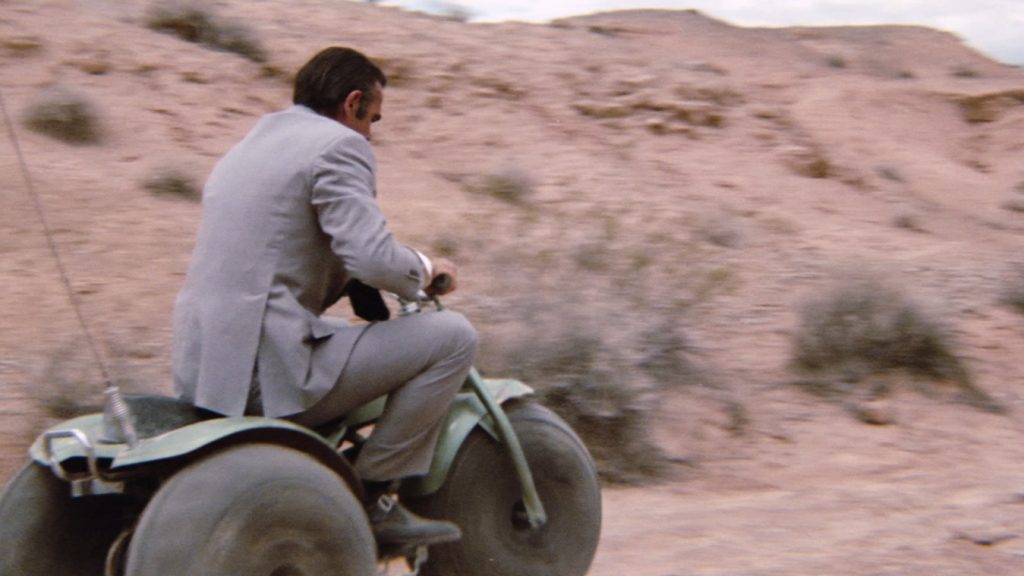 Read more about this suit in a comparison with the light grey suit Connery wears in Dr. No.