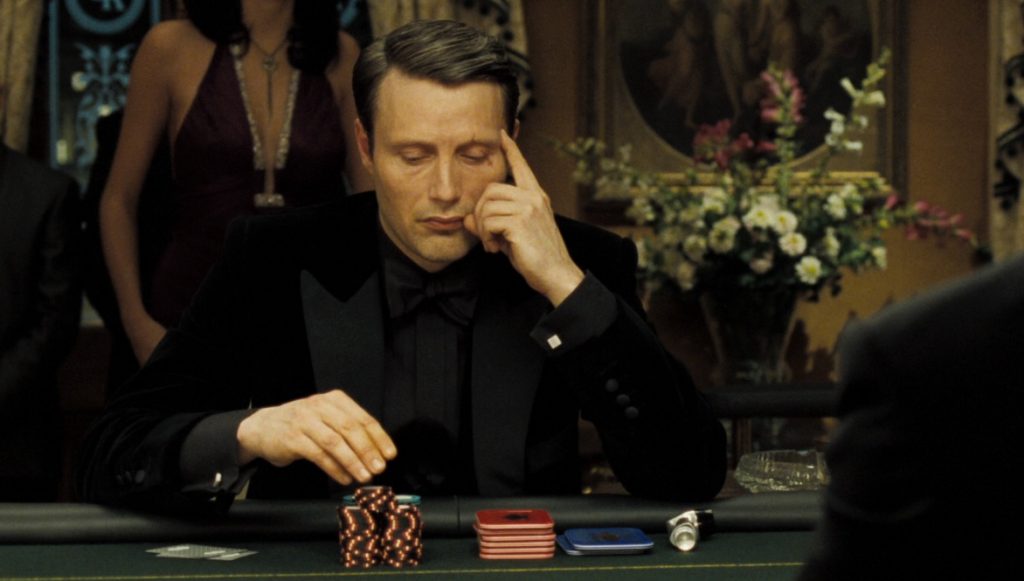 Although there was an attempt to make Mads Mikklesen’s Le Chiffre in Casino Royale a less flamboyant villain, at the poker table he wears a flashy black velvet dinner jacket with a black shirt. Costume designer Lindy Hemming describes Le Chiffre and his dinner jacket in Casino Royale‘s production notes: “Le Chiffre is a menacing man who lives in a twilight world. He’s not flashy, he’s secretive. He isn’t a man who is much interested in clothes, but what he wears is expensive and luxurious. His Brioni evening suit is velvet, to emphasize richness.” The all-black outfit, nevertheless, is something that identifies him as a villain. The button two dinner jacket has black grosgrain silk facings on the peaked lapels, breast pocket welt, hip pocket jettings and buttons. The jacket has four buttons on the cuffs, and Le Chiffre leaves the last one open. Beyond the velvet cloth, the dinner jacket breaks from tradition with a second button on the front, pocket flaps and a single vent. 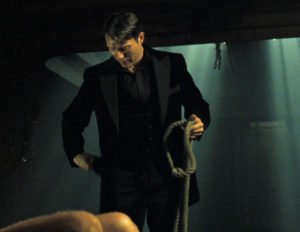 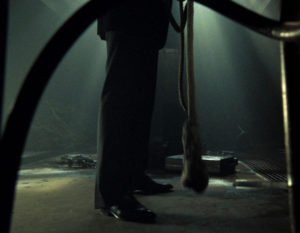 The wool trousers contrast the dinner jacket in texture, if not in colour as well. The trousers look dark grey in some shots and photos, but they are probably black. Velvet reflects far less light than other fabrics do, so comparing different black materials can be difficult. Le Chiffre wears the trousers with braces. The black dress shirt from Turnbull & Asser has a spread collar, double cuffs, a pleated front and a fly placket that hides the buttons. He wears a black bow tie and black calf derby shoes. 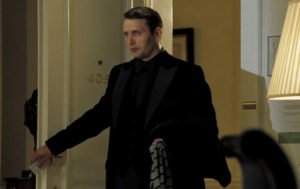 Le Chiffre also has a black overcoat, but we only see him carrying it and not wearing it. He also has a grey scarf with crosswise stripes, and it’s most likely cashmere.