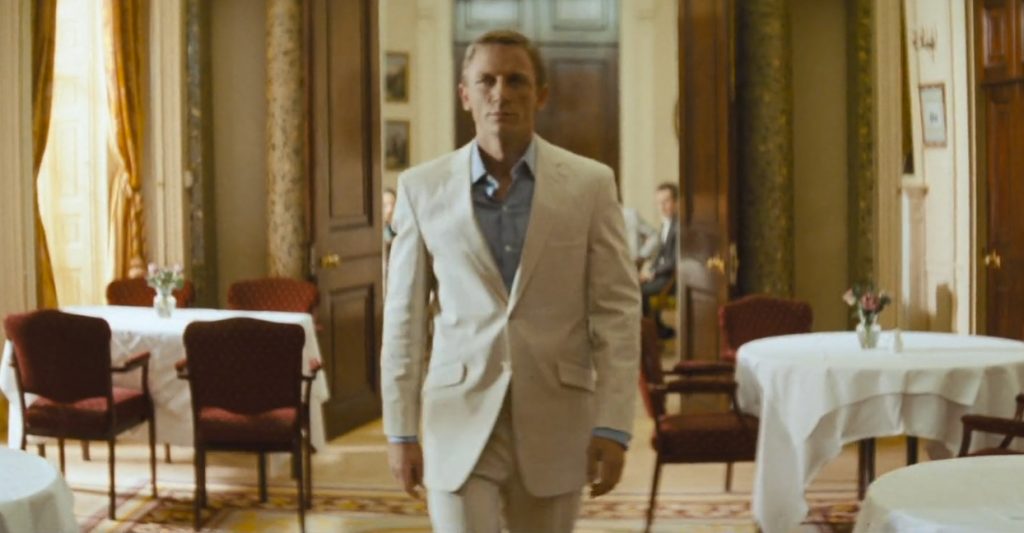 Some call Layer Cake Daniel Craig’s screen test for Bond. He looks the part in the final scene of the movie, wearing a cream cotton and linen suit made by Richard James. Cream is flattering to Daniel Craig’s light and warm complexion. Though Richard James is located on Savile Row, it is more a fashion house than a traditional tailoring shop. However, the suit still looks very British and inspired by the hacking jacket, with straight shoulders and a nipped waist and a slightly longer jacket length. The jacket has a button two front—with a higher button stance that was more fashionable at the time—with swelled edges, a deep single vent, slanted pockets and four-button cuffs. 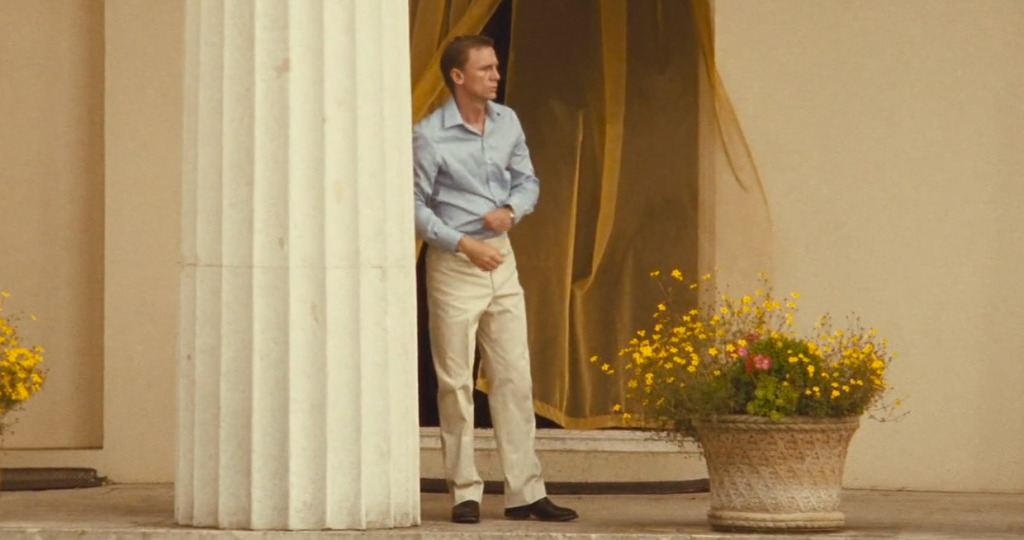 The flat-front trousers are cut with a medium-high rise—though they sag down from the waist a bit—and have slide-buckle side-adjusters, a short waistband extension with a hidden closure and frogmouth pockets. Craig wears a sky blue shirt with a tall two-button spread collar, double cuffs and a front placket. The colour of the shirt brings out the colour of Craig’s blue eyes and is also flattering to his skin tone. Craig’s chelsea boots are dark brown and have a tall heel.

For a nice connection to James Bond, the final scene of Layer Cake is shot at the Stoke Park Club, the same place where Sean Connery played golf in Goldfinger.