Kamal Khan (Louis Jourdan) is introduced in Octopussy at Sotheby’s wearing an elegant navy suit. The suit is made by the same tailor who made the dinner suit and grey jacket that he wears later in the film. The suit jacket has straight shoulders with roped sleeve heads, a clean chest and gentle waist suppression. The suit jacket is made in a very minimalist style, with a single-button front, single-button cuffs, jetted pockets and no vent. The jacket’s slightly narrow notch lapels have a long, gentle roll to the single button. The suit trousers are cut with a wide leg and likely have pleats. 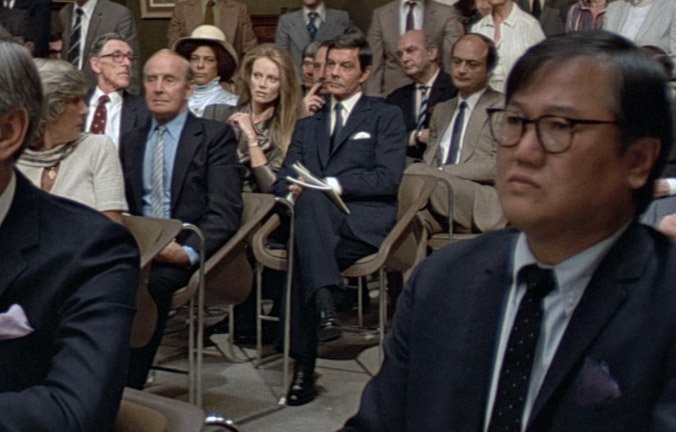 The cream shirt is made by Roger Moore’s and the James Bond series’ shirtmaker Frank Foster, and it has a moderate spread collar, large rounded single-button cuffs and a front placket. The satin silk tie is solid navy in almost exactly the same colour as his suit. Khan ties it in a narrow four-in-hand knot in some shots (pictured above) and a square half-windsor knot in other shots (pictured below). Though I ordinarily prefer the four-in-hand knot, this tie looks better in the half-windsor knot because the tie’s interlining appears to be very lightweight. The elegant solid navy suit with a matching navy tie and white shirt recalls the clothes that Sean Connery and George Lazenby wore as James Bond in the 1960s. Khan also wears a white pocket handkerchief like Connery wore, though instead of folding it he puffs it with only a little peaking out of the breast pocket. Khan’s socks and shoes are black. 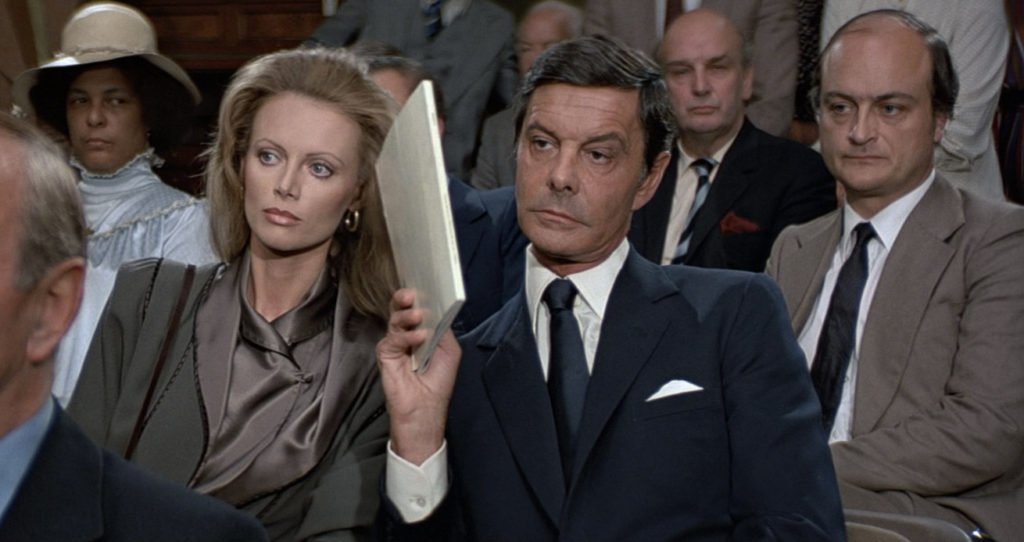