Though once ubiquitous when dressing smartly, since the 1990s the neck tie has often been considered optional in many circles when wearing a suit. In business dress, the tie has mostly vanished in daily wear. Even when dressing up for special occasions, the tie is no longer essential. Many guests at Western weddings don’t feel it is necessary to wear a tie, even when the dress codes imply such level of formality. But for James Bond, the tie has maintained its prominent place in the wardrobe with little change since the character’s inception in the early 1950s and the start of the film series in the early 1960s. The tie is an essential part of the James Bond character, and now that the tie’s popularity is waning, it has more significance to the character than ever.

When the Bond villains are out to destroy the establishment and civilisation, James Bond represents the establishment and civilisation. More specifically he represents British civilisation, which permeated the globe through colonisation. As Hugo Drax says to Bond in Moonraker, “you have arrived at a propitious moment, coincident with your country’s one indisputable contribution to Western civilization: afternoon tea.” Though Bond does not drink tea or eat cucumber sandwiches, he does embrace many other British contributions to civilisation.

James Bond in a tie often contrasts the villains who frequently do not wear ties, who are often opposed to Western or world civilisation, and thus opposed to James Bond. Villains like Ernst Stavro Blofeld and Hugo Drax who wanted to destroy the world’s civilisation often wore a Mao suit instead of a Western suit and tie to show their opposition to James Bond and the Western powers who fought them. Christoph Waltz’s Blofeld in Spectre continues with the tie-less look in a Nehru jacket in Spectre to contrast with Bond in a tie. Recent Bond villains like Dominic Green in Quantum of Solace and Raoul Silva in Skyfall wear either suits or jackets without ties while James Bond does not dare get properly dressed without one.

The neck tie also has personal meaning to Bond on many levels. Bond is a professional, and whether he is going to work at a government office in Whitehall or meeting with other professionals abroad, a tie gives Bond that professional appearance. He needs to look like a London businessman working for Universal Exports no matter where he is, and such a businessman even in this era would still wear a tie to show respect to the people he works with. Even if Bond is not going to the office or meeting with someone, he still puts on a tie when he’s on a mission because it’s his way of showing himself, if nobody else, that he’s at work and serious about what he’s doing. Apart from his boss M, most people that Bond encounters today could not care less that Bond wears a tie. But for Bond, the tie is a matter of self respect.

James Bond’s idea of wearing a tie comes from tradition, which makes him feel obliged to wear it. Although he preferred a contemporary and trendy fit for his clothes in Skyfall and Spectre, he wears his clothes in a traditional manner. Tradition with a suit or a jacket means a tie. When the Bond film series started in the 1960s, men would not have shown their neck when dressing up in a suit or a jacket. For Bond that meant a tie, though for others a cravat or neckerchief inside an open-collar shirt was a casual but flamboyant alternative. At the time the polo neck (also called a turtleneck or roll neck) became another alternative to the shirt and tie, but Bond wouldn’t adopt that look with a jacket until the 1970s.

Bond appreciates the traditions he grew up with and doesn’t want those things to change and refuses to acknowledge that they may have changed. He was educated as a young man at Eton College and Fettes College, where he wore ties. As a naval officer he had to wear a tie. Neckwear was always a part of life for James Bond, and as an adult he is still comfortable wearing it. The tie is only uncomfortable to those not used to it or to those who wear their shirt collar too tight. Because Bond was raised with the tradition of the tie, putting it on is second-nature to him and possibly just as important to him as strapping on his Walther PPK.

Though today the tie is often thought of as optional, for Bond the tie is a necessary part of a suit, unless it is an informal, warm-weather suit. Even then, Bond often wears a tie because he follows the idea that a tie completes a suit. The tie is not just about tradition but about visual harmony and self-expression. Visually, the tie is connective tissue that brings the jacket and shirt together while linking it with the body in the form of a visual “arrow” that points up to the face.

The tie is often considered a means self-expression within a traditional business outfit because unlike the prescribed colours and patterns for proper suit, shirt and shoes to wear in business, there are no such stipulations on the colour or patterns for a tie. Bond’s usual choice for plain or simply-patterned ties in muted and often dark colours shows how Bond wants to display himself to the world: emotionless and in the shadows. The consistent visual harmony of his ties with clothes, however, also portrays Bond as stable. Roger Moore’s Bond’s bolder ties, on the contrary to Sean Connery’s and Daniel Craig’s, portrays him as a spy the world knows. The tie still functions as a way to define Bond’s character to both his acquaintances and to the audience, and neither the character nor the costume designer is ready to eliminate this means of communication.

Like the neck tie, James Bond films are themselves a tradition. The film series started in 1962, and the character was invented in 1953. Keeping James Bond in a tie respects the tradition of the series and the suited hero and sets Bond apart from the many other cinematic heroes today who dress in jeans and t-shirts, tactical wear or suits of armour and spandex.

The tab-collared shirts that James Bond wears in Skyfall show Bond’s commitment to the tie after 50 years of films. The tab collar is like a narrow point collar but has tabs extending from the front edges of the collar that fasten together under a tie’s knot. The tab helps secure the collar points against the chest while framing the tie’s knot and emphasising the tie by pushing it outwards from the neck. With the tab collar there is no option to go tie-less, since without a tie the tabs would be floating and look extraneous. Bond could neither put these shirts on without a tie nor could he discard his tie halfway throughout the day without the collar looking silly.

On occasion, James Bond wears an open-neck shirt without any neckwear, typically with lightweight sporty suits or blue blazers, and only in warm locales. This does not mean that Bond has given up on the tie. Only in Licence to Kill does Bond fully embrace the tie-less look and wears no four-in-hand ties throughout the film. This is the only time he flouts British civilisation and wears dark worsted city suits without ties. Though he’s in warm places like Key West and Mexico and wears lightweight suits, he’s wearing business suits rather than resort suits, and the rules he follows to this day would demand that he wears a tie with the suits in that film. Though the look that Bond sports in Licence to Kill would be more relevant now, it is not the character that the film Bond is now.

If Ian Fleming were writing James Bond novels today, would the knitted silk tie still be part of the character’s daily uniform? Fleming’s Bond hated formalities and did not follow traditional conventions of dressing. He wore short-sleeved shirts, casual moccasins and sporty knitted ties with his dark, worsted suits. He could get away with his style in Jamaica, but it was quite a rebellious look in London. Because the literary Bond always dressed down his suits, it’s quite possible he would have followed the current trends and forgotten his ties. Or his quirky fashion sense may have kept the tie in a time of popular rebellion against it.

James Bond has always been a rebellious character in one way or another, and it is because he wants to do what he believes is right. Bond never goes against the grain just because, and he still believes in the tie and what it represents. He never felt a need to join the tie-less rebellion because he is what the tie represents: the tradition, establishment and formality of British civilisation. By fighting for the British government, Bond is fighting for the neck tie. But now in continuing to wear a tie, Bond is rebelling against the people who feel the tie is unnecessary and a thing of the past. Some people also feel that way about Bond. Since the 1990s Bond has had to prove his relevance to the world, both to his superiors as well as to the films’ audience. Because of this, the Bond character is always being tweaked, but his faith to the tie and thus himself is as strong as ever. As far as his clothes are concerned, Bond is keeping it classy. 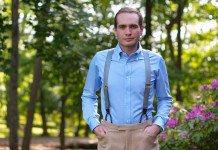