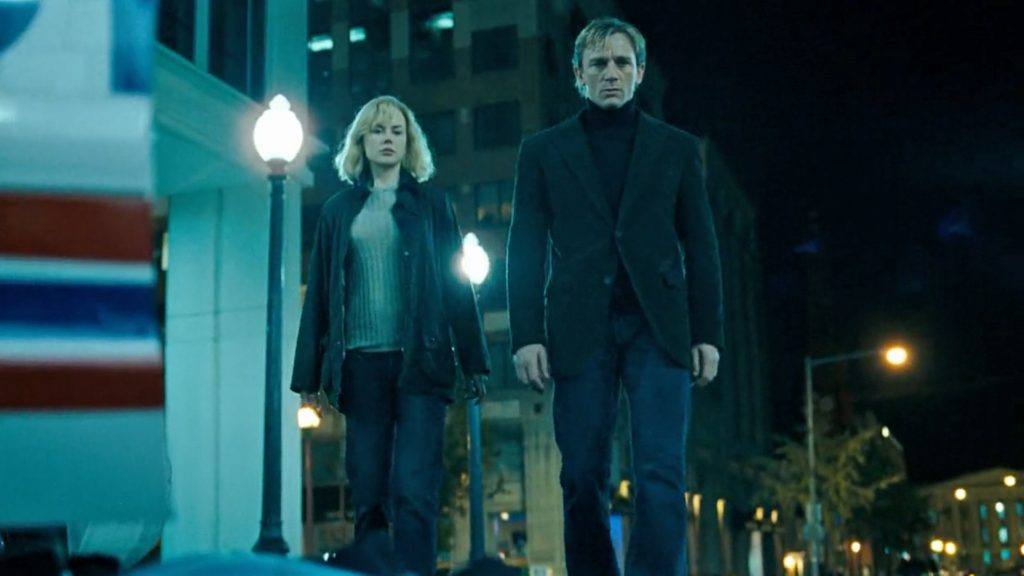 The last movie Daniel Craig shot before he started as James Bond was The Invasion. Scenes were reshot in 2007 after Craig completed Casino Royale, hence the 2007 release date. The Invasion stars Nicole Kidman and features Casino Royale supporting actor Jeffrey Wright. Craig plays Dr Ben Driscoll, who lives in Washington, DC. Craig’s most notable outfit in the film is a pinwale corduroy sports coat worn with a black polo neck and blue jeans. 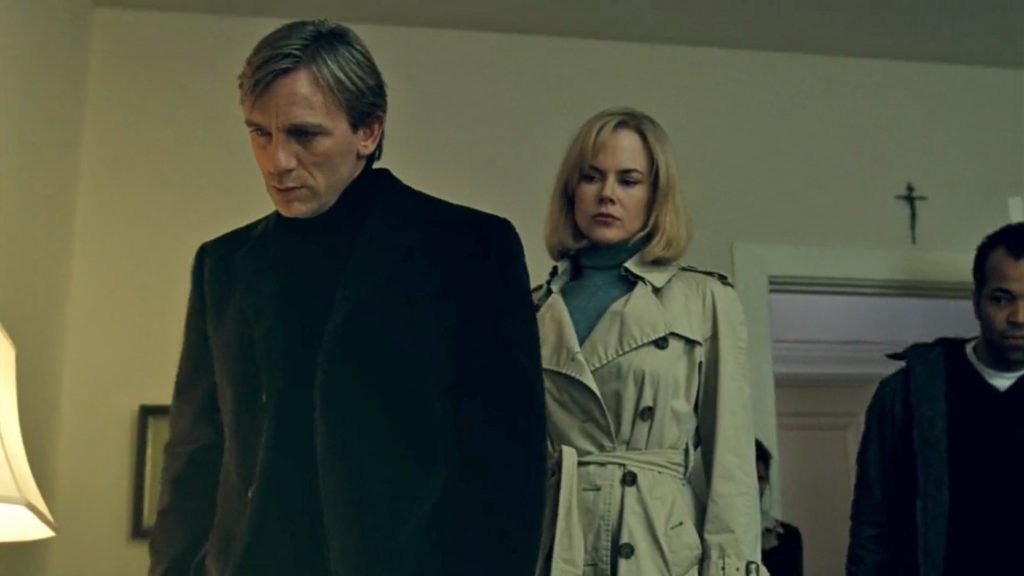 The pinwale corduroy cotton jacket is dark brown with a hint of olive, cut in the timeless style of the early 00s. The jacket is a button three-roll-two with a medium button stance and medium-width lapels. The shoulders are lightly structured with roped sleeve heads. The jacket has a single vent, straight hip pockets with narrow flaps, four buttons on each cuff and pick-stitched edges. The jacket is most likely ready-to-wear due to a boxy fit, and the style hints to an Italian brand. The waist may have been suppressed from the side seams, but there is some bagginess at the front that cannot be altered. The sleeves have a close fit, but they are a bit too long.

Craig wears medium blue denim jeans with a slightly flared leg with the corduroy jacket. The jeans look darker in the film than they are in reality. There was a brief trend in the middle 00s for men to wear flared jeans, which ended as soon as women started moving away from flared jeans. The flares make the jeans the most dated part of the outfit, though this outfit could easily be updated today with jeans in a more modern fit. If there’s a sports coat that can be effectively worn with jeans, it is corduroy. The casual nature of corduroy and the fact that it is made of cotton like jeans makes then a good pairing. 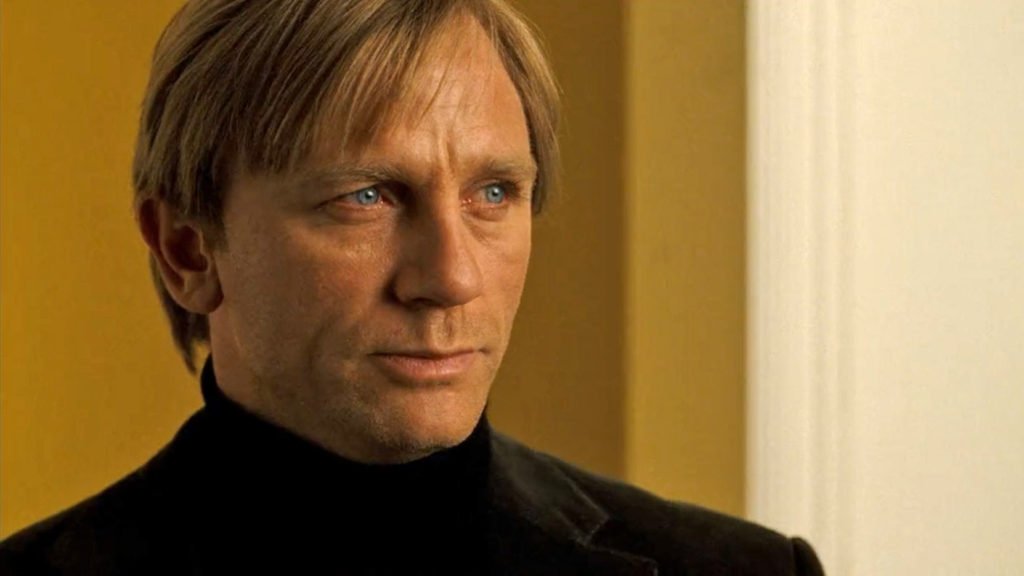 Under the jacket, Craig wears a black polo neck jumper with a finely ribbed collar and a finely ribbed banded hem. The polo neck is rather long and worn over the jeans, with the hem reaching slightly below the middle of the hips. Ordinarily such a length will make someone look shorter, but the longer length balances Craig’s suspiciously long legs since had a little help in the height department for this film. Black is a little harsh against Craig’s light complexion, but it goes well with the outfit.

Craig’s boots are brown suede or nubuck with a round toe. Craig is wearing lifts in his boots so he doesn’t appear shorter than his costar Nicole Kidman who is both an inch taller than him and wearing heels. 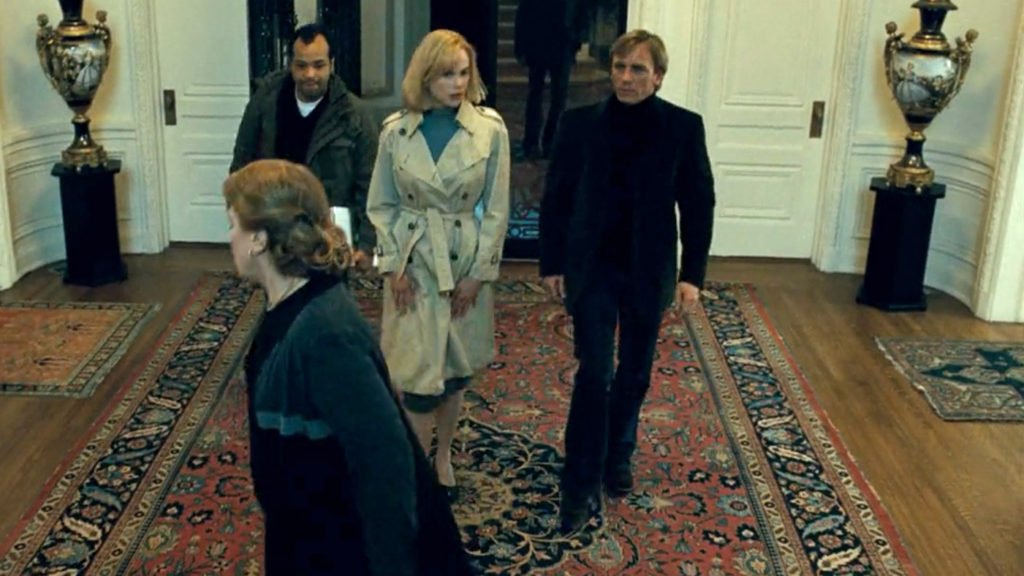 During the production of The Invasion in October 2005, Craig took time off to attend the press conference where he was announced as the new James Bond.