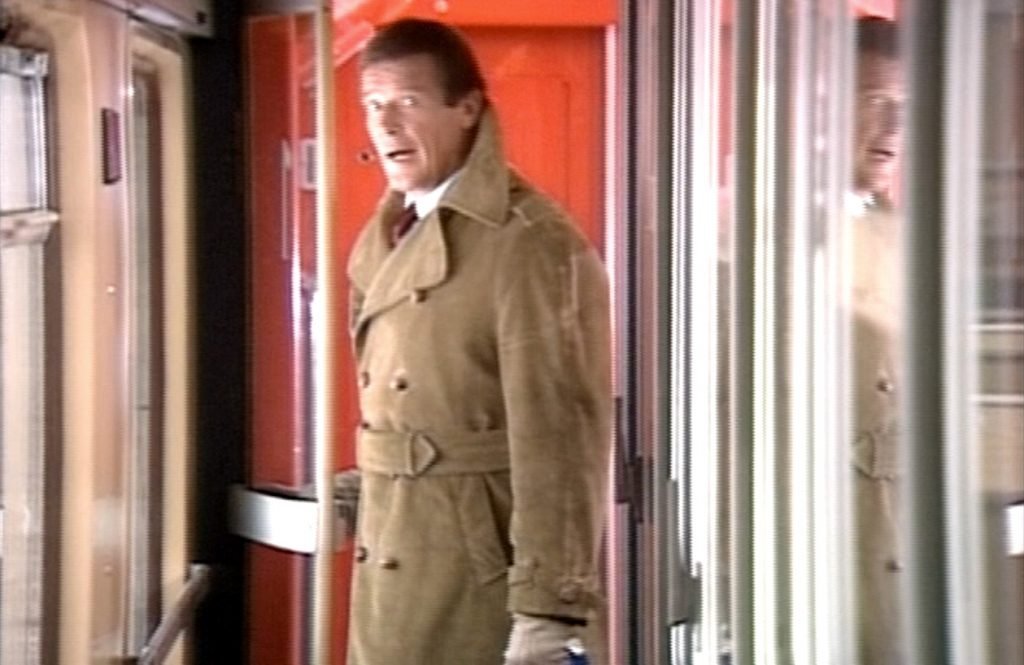 Roger Moore takes a look back at twenty five years of James Bond films in Happy Anniversary 007, a compilation of Bond clips that aired in 1987 shortly before the release of The Living Daylights. At 59 years old, Moore looks a little better than he did two years earlier in A View to a Kill, probably due to the darker hair die. He appears throughout to talk about the situations Bond faced in his past fourteen films, but he’s playing himself as if he were Bond. Apart from the killing, there was little difference between Roger Moore and the Bond character he played. Moore’s personal wardrobe at the time included clothes he wore as Bond along with other clothes by the same makers. In Happy Anniversary 007, Roger Moore wears some clothes that he had previously worn as Bond, but most of the tailored clothes are likely from his own wardrobe. I can’t imagine the budget for this would have room for Douglas Hayward tailoring that is used so sparingly. Moore wears a total of eight different outfits in this film.

Roger Moore wears a very interesting trench coat made in light brown corduroy, but it has practically all of the traditional trench coat details. It’s a full-length coat that hits just below the knee, and it has the raglan sleeves found on an ordinary trench coat. Also like an ordinary trench coat this coat has ten buttons on the front, but the buttons are brown leather that go well with the corduroy. The coat has usual trench coat details like shoulder straps, a yoke across the upper back, a storm flap in front, and a self belt and wrist straps that close with a leather buckles. The pockets are angled with large welts. The coat has a gold satin lining over the shoulders and upper back with a plaid lining the rest of the way down.

Corduroy, especially in the wide wale that this is, was very popular in the 1980s. Narrower wales have been more popular in the past decade, though the wider wale corduroy wears warmer. This coat is neither designed for the rain nor for the extreme cold but for the cool days of autumn. Thus Moore’s beige leather gloves are probably unlined. Corduroy also makes this coat too informal for a suit, but Roger Moore wears a blazer underneath. 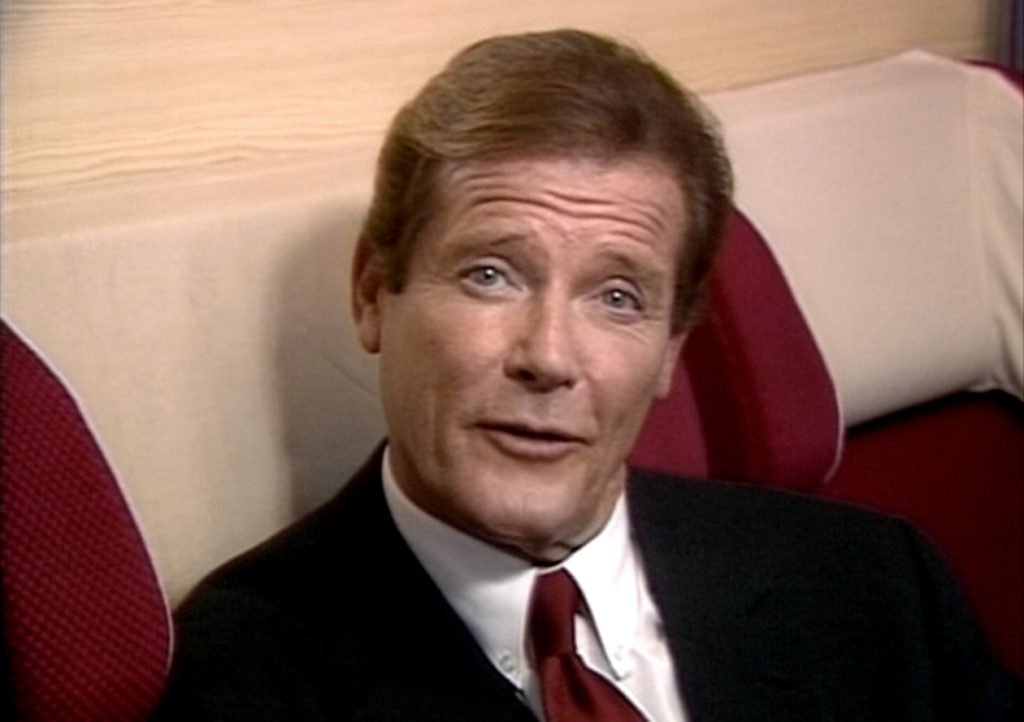 Roger Moore’s dark navy blazer is tailored by Douglas Hayward in the same fashion he made all of Moore’s clothes for his three James Bond films in the 1980s. It’s a button two, and unlike what was popular at the time this blazer has natural shoulders and a higher gorge (the seams where the collar and lapels meet). After Bond Roger Moore stopped following fashions and stuck with a classic style. The blazer has three buttons of the cuffs, and all the buttons are white metal. His trousers are dark grey flannel wool. Moore’s white shirt is not made by his usual—or perhaps former at this time—shirtmaker Frank Foster. It has a small, narrow button-down collar. Apart from it being a poor example of a button-down collar—see Cec Linder’s Felix Leiter in Goldfinger for a proper button-down collar—it’s not flattering to Moore either. The shirt has 1-button cuffs. And Moore ties his crimson satin tie in a four-in-hand knot. If Roger Moore was still Bond for one more film, is this how he would be dressed? 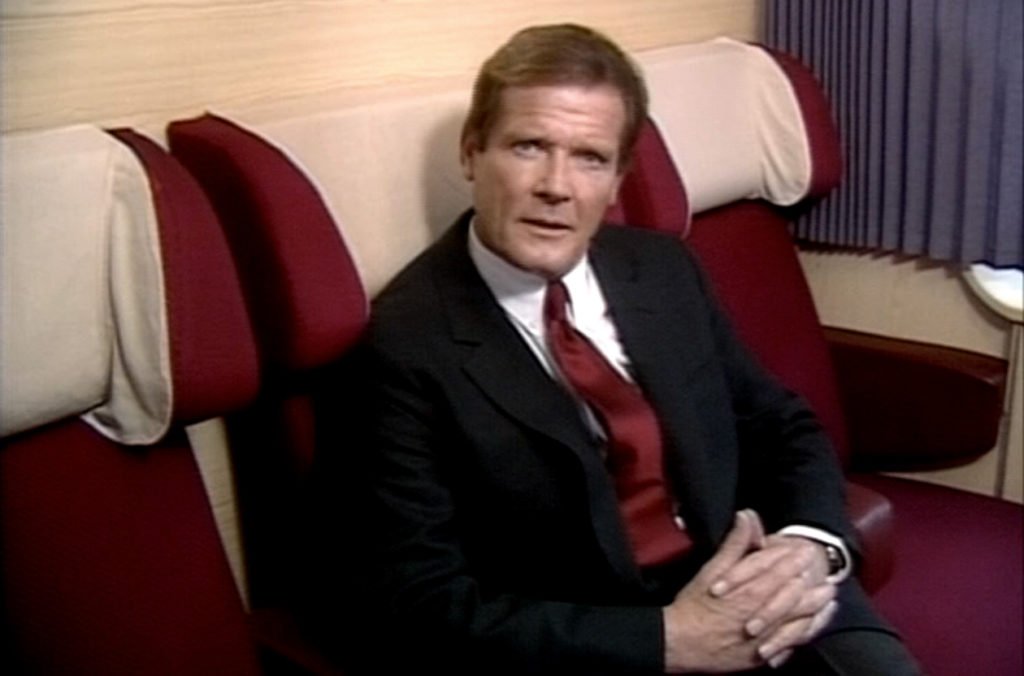