In Thunderball, James Bond wears a lightweight, medium grey suit in Nassau. The sheen suggests mohair, though Bond wears mohair because it breathes well in warm weather and not because it was popular with 1960s mods. Summer suits are sometimes woven with a worsted wool warp and a mohair weft. The cloth is a semi-solid, which means it appears solid from a distance but is woven with more than one colour yarn. In this suit the colours are black and white. Semi-solid suitings include pick-and-pick, pinhead, tic pattern, nailhead and birdseye, respectively increasing in scale. Subtle glen checks, such as the light grey Goldfinger suit‘s fine hopsack-weave glen check, may also count as a semi-solid. This suit from Thunderball has the most subtle pattern of all semi-solid suits, pick-and-pick, which is also known as sharkskin. 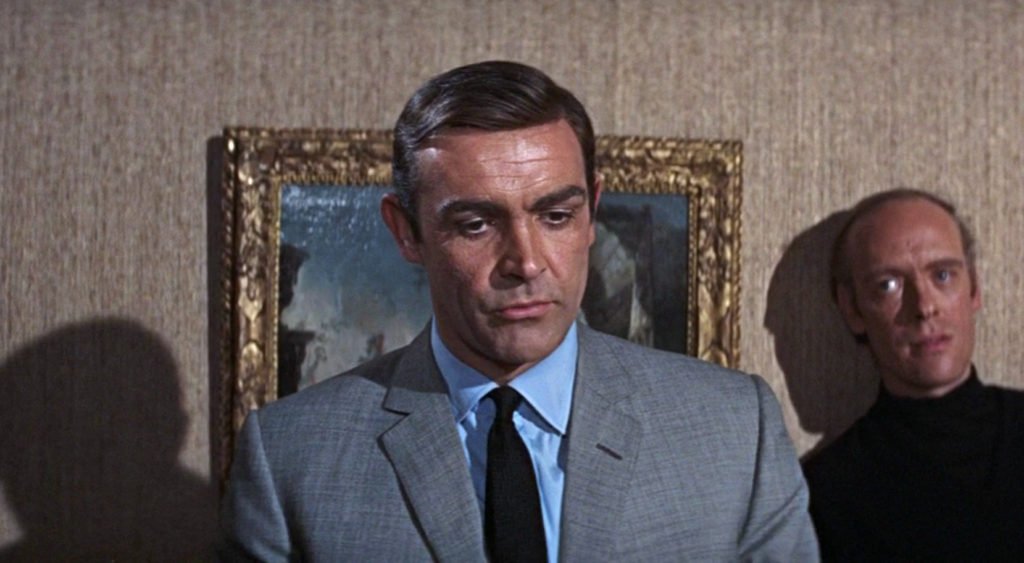 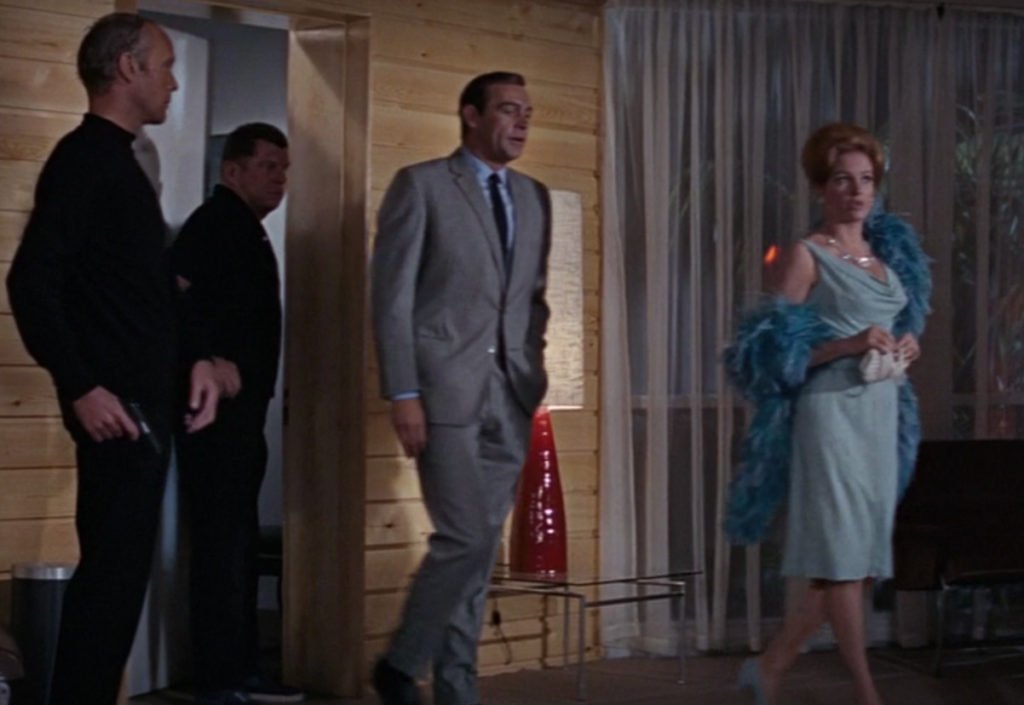 The suit is cut by Anthony Sinclair in his usual style. The button two suit jacket has natural shoulders, roped sleeve heads, a low button stance and narrow lapels. It is cut with a full chest and a suppressed waist. The jacket has jetted hip pockets, four-button cuffs and no vents in the rear. The trousers have double forward pleats, button-tab waist adjusters, a sqaured extended waistband, on-seam side pockets and tapered legs with turn-ups.

The mid blue cotton poplin shirt has a spread collar, front placket and two-button cocktail cuffs. Bond’s tie is a midnight blue grenadine in a narrow width that complements the narrow lapels. Bond knots the tie in a four-in-hand knot. 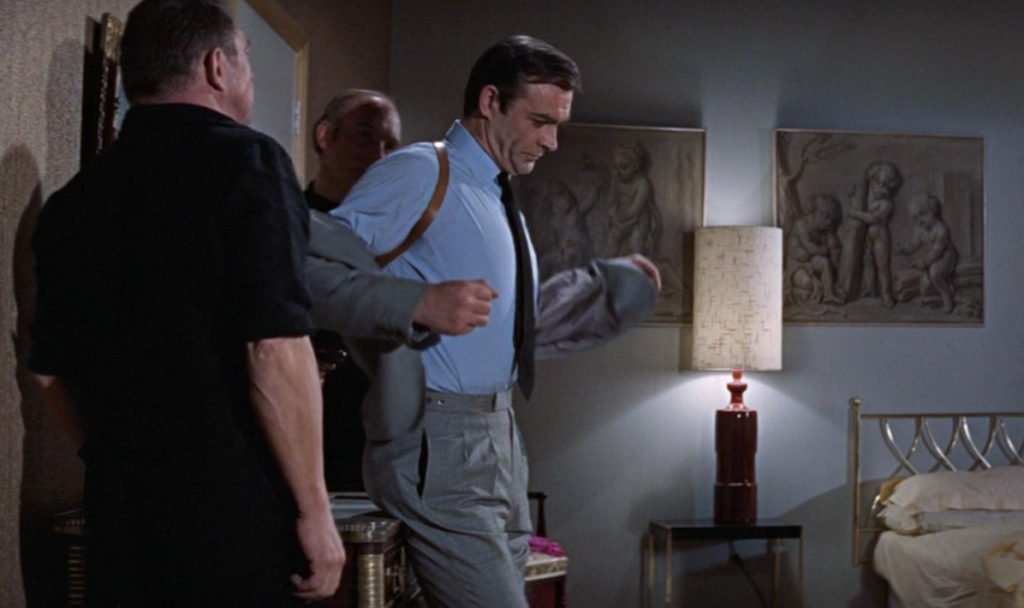 Bond’s shoes with this suit are inconsistent in these scenes. In some shots he wears black short Chelsea boots (left below). On other shots, such as when he sticks his foot in a sink, he is wearing black low-vamp slip-ons with a plain toe on a chiselled last (right below), but afterwards he is seen again in the ankle boots. His socks are usually light grey to match the suit, but in some shots he’s matching the shoes in black socks. 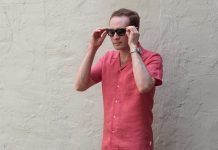