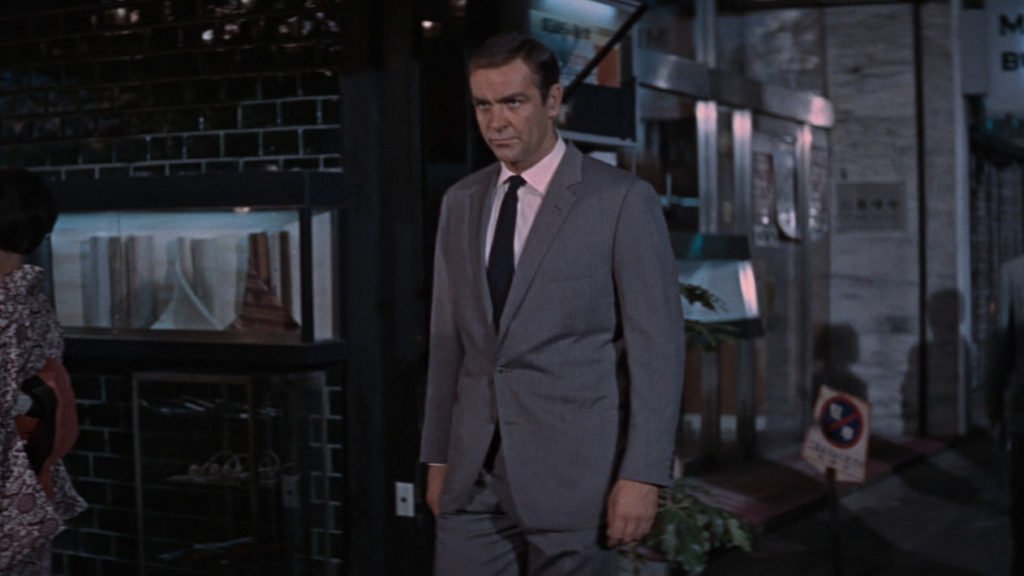 This is my first post regarding clothing from You Only Live Twice. James Bond wears mostly casual or Japanese clothes in the film, and since it’s all for warm weather I’ve been holding off until summer. But the first suit in the film is more of a spring suit than a summer suit. The fabric is herringbone weave in black and grey, which look like solid grey with subtle stripes from a distance. Herringbone, like other twills, is a tight weave that doesn’t breath as well as a plain weave, so it’s best to avoid for the warmest of weather. 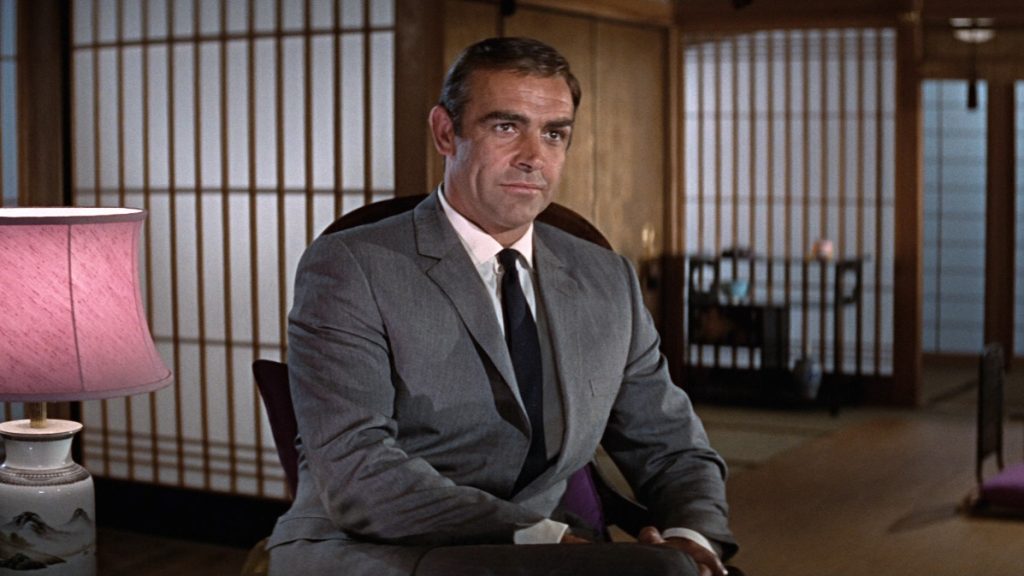 Sean Connery’s suit from Anthony Sinclair is tailored with wide, though soft, shoulders and roped sleeve heads, but it has a cleaner chest than what Connery wears in previous films. The fashion in the late 1960s was for a closer-fitting suit. Connery’s suit, however, has some fit problems probably due to weight gain. As always with Anthony Sinclair’s suits, the suit has a button two front and four buttons on the cuffs. The pockets are straight and jetted, and there is a single vent at the rear. The trousers are typical of Connery Bond’s Sinclair suits: double forward pleats, tapered legs, button-tab side adjusters and turn-ups.

Bond’s ecru shirt is from Turnbull & Asser, made with a spread collar and two-button cocktail cuffs. Bond leaves the second button open on his cocktail cuffs. The tie is a navy grenadine and Bond’s socks are black. The shoes aren’t worn much, since Bond removes them when entering Henderson’s home. The shoes he leaves at the door are black slip-ons with elastic in the instep. Bond leaves Henderson’s home without his shoes but takes the shoes from the thug who killed Henderson. I’ll discuss those another day. 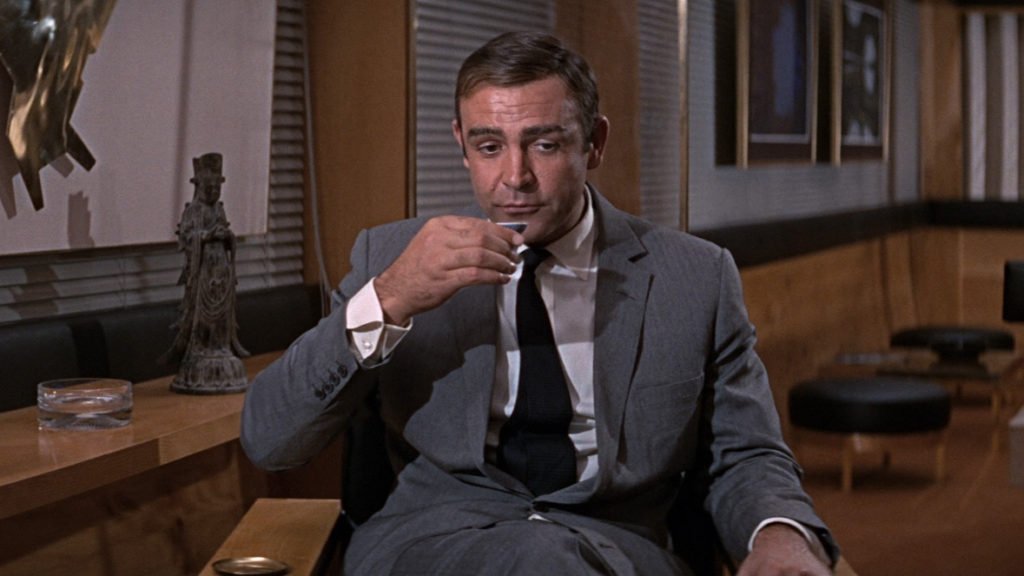