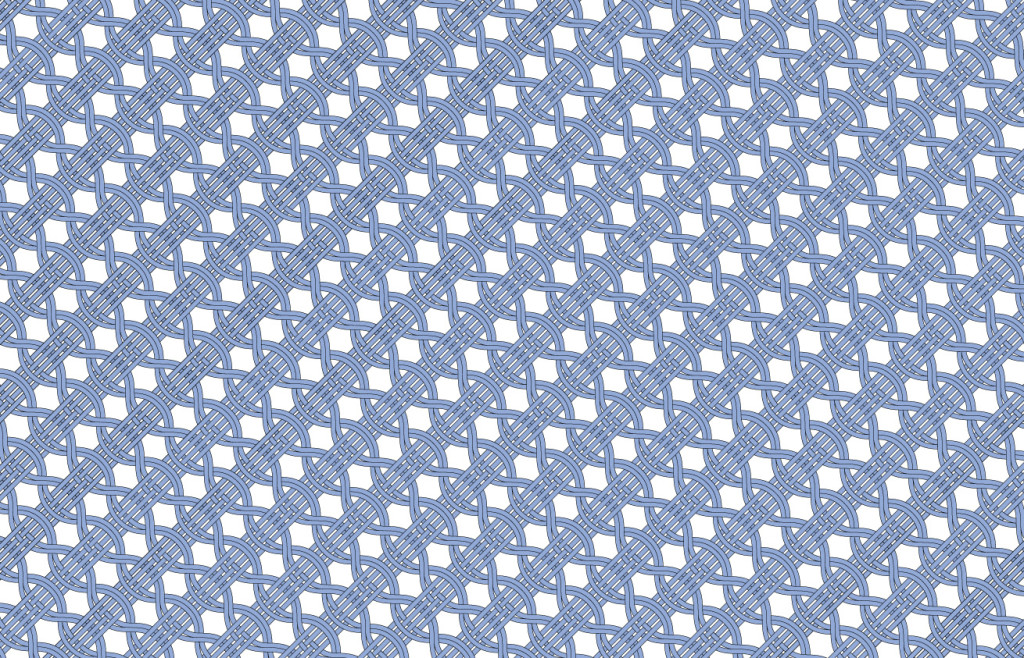 When I made the illustration of grenadine garza grossa silk—the type of silk most of Sean Connery’s Bond ties were made from—I figured I should also do the other kind of grenadine: garza fina. James Bond has never worn such a tie, but he wore a similar blue honeycomb tie in Die Another Day. As the names suggests, garza fina is a finer weave than garza grossa. “Garza” is Italian for gauze, and a gauze weave is another name for the leno weave. Like the larger garza grossa, the garza fina also has twisted yarns. Without the twisted yarns it is not a grenadine weave, though you will find . The garza fina resembles a honeycomb and it doesn’t snag as easily as the garza grossa. I don’t find the finer silk as interesting as its larger counterpart, but it’s still a complex and elegant weave. Garza fina is more commonly found in American than it is in England, though it can still be found in London at Udeshi, who insists it’s the only real grenadine. Of course, you will not find grenadine selection better than at Sam Hober. Hober also has two additional types of grenadines, the prometeo and piccola.

Learning from Bond: Combining Four Textures with a Suit

Is Bond Suits More About Bond or the Suits?

Learning from Bond: Blue on Blue with a Suit