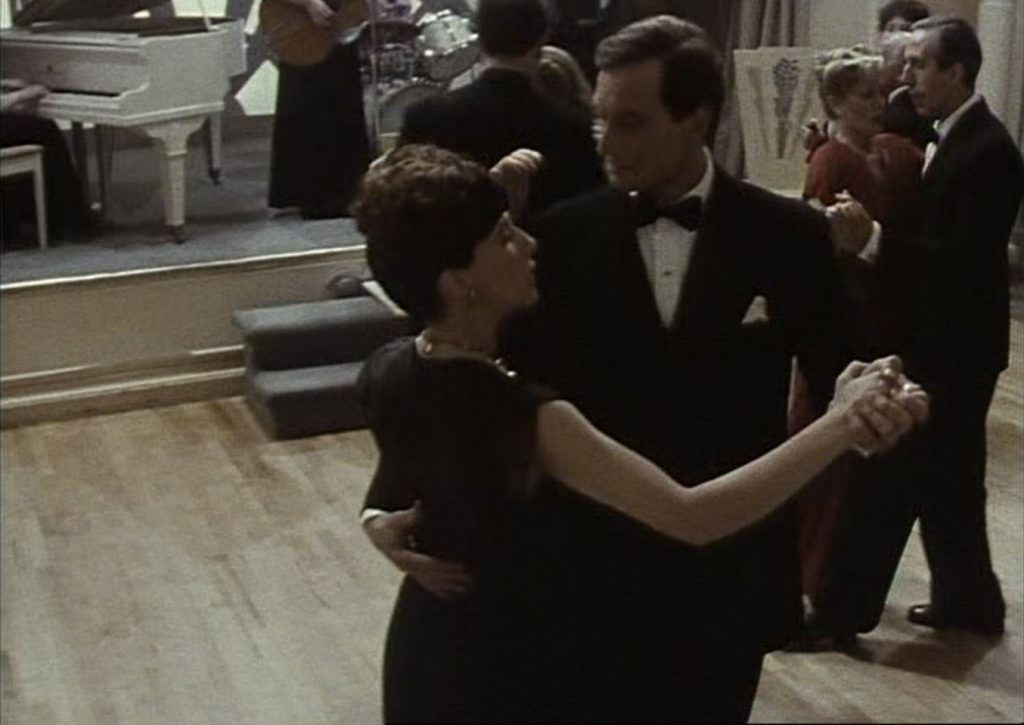 Though Dominic Cooper who plays Ian Fleming in the recent miniseries doesn’t look anything like Fleming, Charles Dance does. Dance has a small role—and his first screen film role—as one of Emile Leopold Locque’s henchmen in For Your Eyes Only, but he stars as Ian Fleming in a 1989 television movie called Goldeneye. Though Ian Fleming is typically seen in photos wearing a bow tie, I’ve never seen a photo of him in black tie. In Goldeneye, Fleming wears a black double-breasted dinner suit in a scene that takes place during the years of World War II. 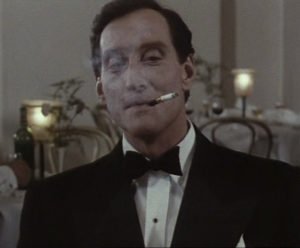 The picture quality isn’t good enough to tell if the dinner suit’s trousers have pleats, but based on the silhouette they most likely have double forward pleats. That was the standard style that English tailors made at the time. Narrow black braces hold up the trousers. Not much had changed in English tailoring from the time this takes place during World War II to the late 1980s when Goldeneye was made, and the biggest difference came with lighter-weight cloths. This dinner suit doesn’t look as heavy as one that would have been worn in Ian Fleming’s time, but otherwise it’s fairly convincing. 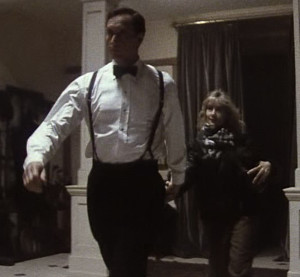 Fleming’s white dress shirt has a marcella bib, and though marcella-front shirts are ordinarily without a placket—like Daniel Craig’s dress shirt in Skyfall—for a cleaner, dressier look, this shirt has a raised placket that takes three black onyx studs and has quarter-inch stitching. The spread collar and double cuffs are made in cotton marcella as well, and they have quarter-inch stitching. The cufflinks match the studs. The shirt has shoulder pleats in the back. The black bow tie is a classic thistle shape, and he wears a white puffed silk handkerchief in his breast pocket. The shirt and bow tie are classic and, like the dinner suit, look just as good now as they did in 1989 or during World War II. 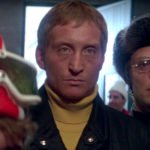 And if you’ve forgotten who Charles Dance plays in For Your Eyes Only, to the right is a picture of his character, Claus.