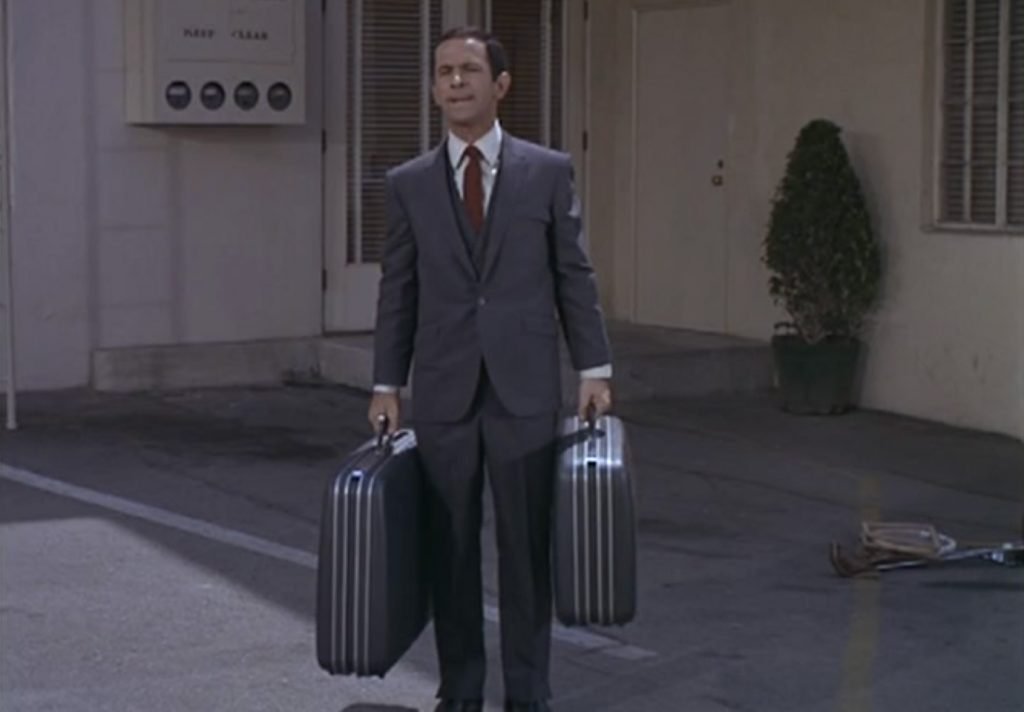 Though I’m an American, I haven’t shown much American inspiration here. When I was a young child, there was a spy I preferred to watch over James Bond: Maxwell Smart in the American television show Get Smart. Get Smart spoofed James Bond on countless occasions—and featured a Sunbeam similar to the car Sean Connery drives in Dr. No—but it spoofed many other things other than Bond, and even went beyond the spy genre. Maxwell Smart, played by Don Adams, was not a very smart spy, but he was always smartly dressed. Smart was voted one of the “Ten Best-Dressed Spies” as mentioned in an episode of the show. 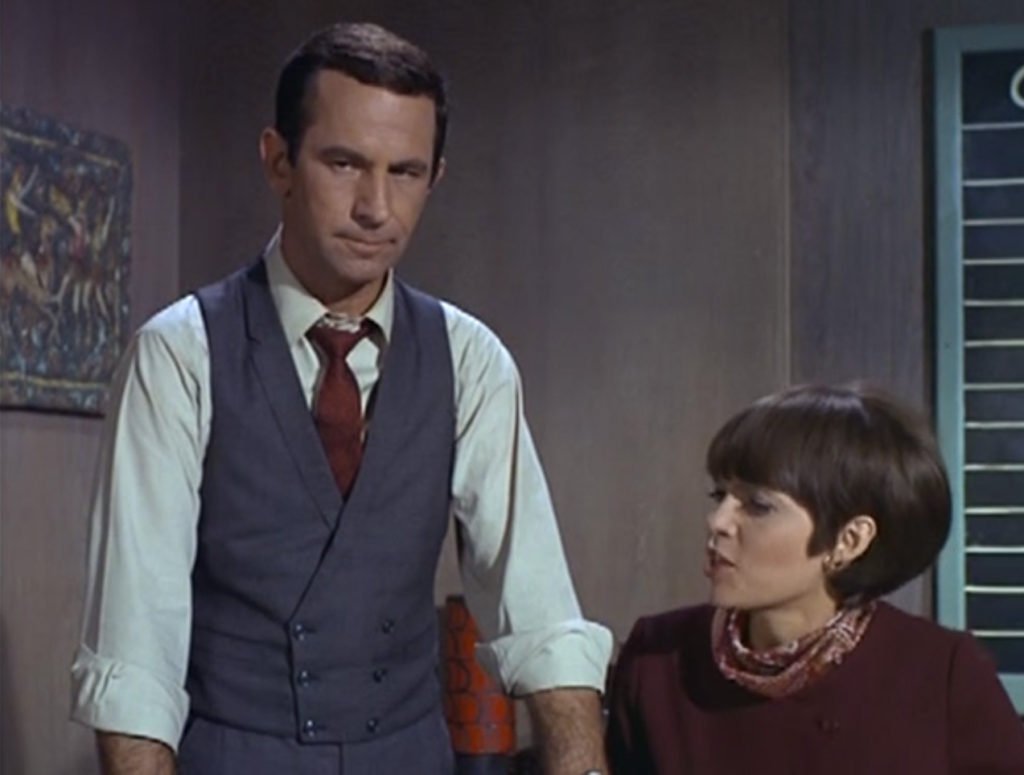 In the ninth episode, “Satan Place,” Adams wears a grey pick-and-pick three-piece suit with a button-one jacket and a double-breasted waistcoat. The jacket has straight shoulders, a clean chest and a shorter length. The shorter length helps to lengthen Don Adam’s legs and make him look a little taller—he was 5’9″. The jacket’s single button cuffs match the single button on the front, which both were popular in the 1960s. The jacket has short double vents, which were also very popular in the 1960s. The pockets are slanted, and the breast pocket is flapped. Though the lapels are narrow, the width isn’t exaggerated and would fit in well with today’s trends.

The double-breasted waistcoat has six buttons with three to button, notch lapels, two welt pockets and a straight bottom. The trousers have a darted front, slanted side pockets and a tapered leg. They have turn-ups and no break, which was the standard in America at the time. Though the jacket’s shorter length is a trend that has returned today—and returned in a more exaggerated way—the trousers are unlike modern trousers and have a traditional cut. They sit at the waist, which is especially important in a three-piece suit because the waistcoat needs to reach the top of the trousers without a gap. Fashionable three-piece suits today lengthen the waistcoat so it reaches the trousers, but that throws off the proportions of the body.

Besides the beautiful suit, this ecru shirt is another reason I chose to include this outfit.  This episode is one of only a few where Don Adams wears a shirt with cocktail cuffs. Adams usually wears double cuffs. A number of actors on 1960s American television wore cocktail cuffs, including Martin Landau and Dick Van Dyke, and the latter wore them consistently for a few years. The shirt also has a plain front and a tall, moderate spread collar with 2-buttons to help shorten Don Adam’s long neck. The tie is red with a small pattern or texture that I can’t make out. Adam’s shoes are slightly taller slip ons with a plain toe and tall heel. Maxwell Smart needs a slip-on shoe that is easy to take off when he needs to use his shoe phone. Since shorter trousers were trendy at the time, taller shoes were also popular so less sock is shown. These shoes aren’t boots, but the little bit of extra height around the ankle helps keep the socks hidden.

The costume design in the credits is as follows: “Maxwell Smart’s Special Wardrobe Design by…RON POSTAL”. Postal is also credited as a “Mr. McQueen’s Wardrobe Consultant” in the Thomas Crown Affair. Later in Get Smart, Botany 500 is credited for the wardrobe, but they may have just sponsored a proper tailor to make it. That was a common practice for television wardrobes.