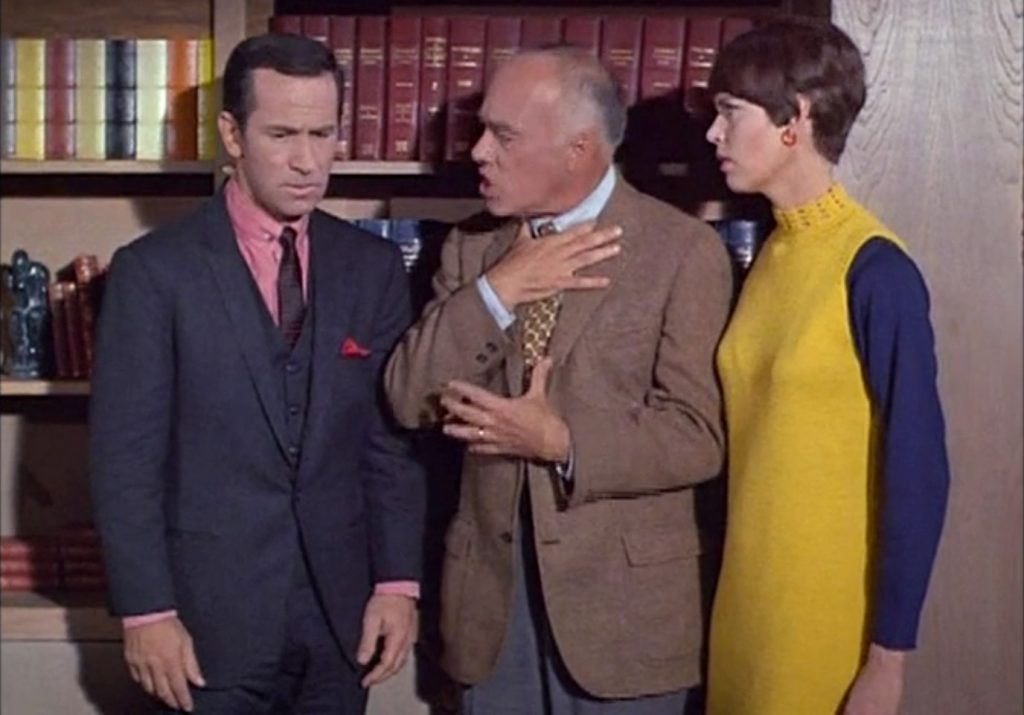 The 1960s was an adventurous time for men’s tailoring. Though Sean Connery’s James Bond wears some of the most conservative suits of the decade, Roger Moore’s suits in The Saint and Patrick Macnee’s suits in The Avengers show more creative tailoring. Most American tailors weren’t quite as audacious as some of the English tailors, but Don Adam’s tailor for Get Smart showed a lot of inventiveness. Adams played Maxwell Smart, an incompetent secret agent whose clothes were far more sophisticated than his manner. In the first episode of Get Smart’s second season “Anatomy of a Lover”, Adams wears a unique navy three-piece suit with a narrow-spaced pinstripe. Not uncommon for 1966, the jacket has only one button on the front. It is tailored with straight shoulders, roped sleeve heads, a draped chest and no vent. The jacket has a short length, which both follows the 1960s trends and makes the 5’9″ Adams look taller by extending the perceived length of his legs. The jacket is detailed with jetted pockets and single-button cuffs to match the single button on the front of the jacket. The jacket has a royal blue lining. 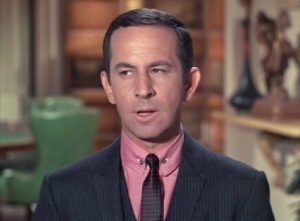 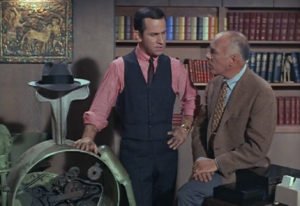 The suit’s waistcoat has five buttons, two pockets and a straight bottom. The back of the waistcoat is made in a royal blue lining, but the inside of the waistcoat is lined in white. The suit’s trousers have a darted front and frogmouth pockets. The wide waistband extends across the front and is split in the rear to better contour to the back. The trousers are supported by navy boxcloth braces with black leather ends. Boxcloth is a heavy felt-like woollen that makes for very warm braces. Unlike on other braces, the excess length hangs down in front rather than being taken up underneath out of sight. 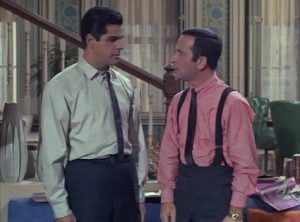 Adam’s pink pinpoint oxford shirt has a pinned collar and double cuffs. The pinned collar is made with eyelets for a pin to pass through, and the pin has a knob that unscrews on one end to pass through the holes in the collar. Though the collar is small, it is in proportion with both the jacket’s narrow lapels and the size of Adams’ head. The black tie has pink dots that match the shirt, and it is tied in a four-in-hand knot. Adams tucks his tie into his trousers so it doesn’t extend below the bottom of the waistcoat. A puffed red silk handkerchief in his breast pocket loosely coordinates with the lighter pink shirt. Adams’ shoes are black slip-ons and his socks are navy to match his trousers.

Though Ron Postal is credited as the costume designer in many episodes throughout the series, his names is not mentioned in this episode’s credits. It is still possible that he was involved in creating this outfit since nobody else is credited for the clothes. Between the peaked lapels, unique stripe direction on the lapels and collar, pink shirt with a pinned collar and boxcloth braces, Maxwell Smart sports quite the dandified look, and he is certainly not a secret agent who blends in to the crowd.