In 1967’s Casino Royale spoof, Peter Sellers plays a baccarat expert named Evelyn Tremble, who isn’t the nattiest of dressers. But he’s turned into one of the film’s many James Bonds and is put into a midnight blue dinner suit worthy of the character. The dinner jacket has softer shoulders, buttons one, and has fishmouth-shaped cran Necker notched lapels faced in midnight blue satin silk. The only time we see Bond wearing the cran Necker lapel style in the series is in A View to a Kill. It still isn’t the ideal lapel style for a dinner jacket, but everything else is right. The jacket also has jetted pockets and double vents. The flat front trousers have frogmouth pockets with a wide satin silk waistband that extends to the side of the trousers and fastens with two buttons to mimic a cummerbund.

The dinner suit is made by Major Hayward, a tailoring firm made up of Dimi Major and Douglas Hayward based in Fulham, London. Shortly after this film was made, Major and Hayward split into their own firms. 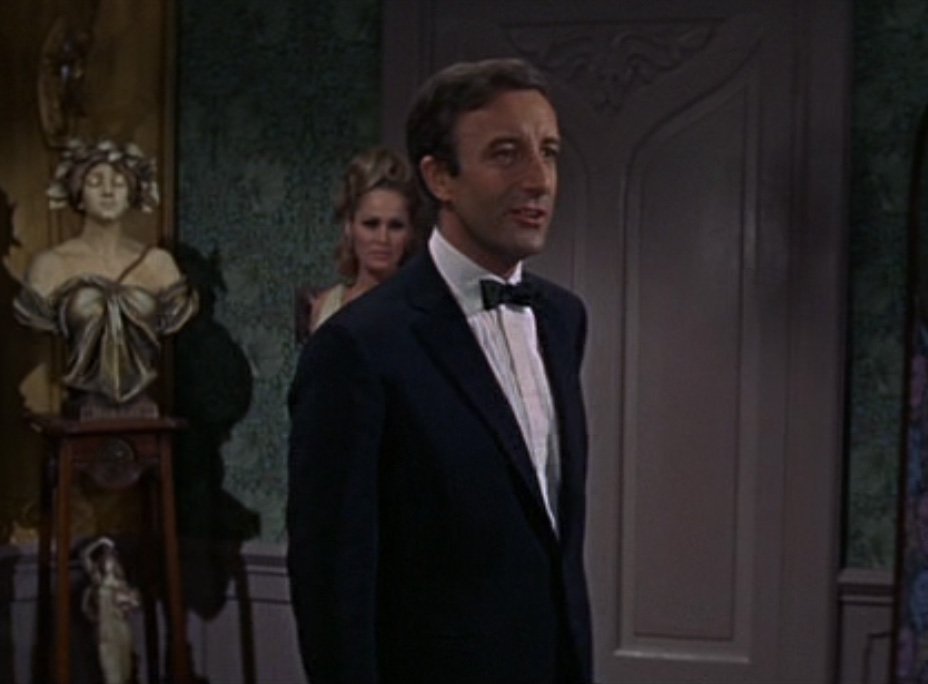 Before Tremble becomes James Bond, he wears a black shawl collar dinner suit. Whilst many would consider the shawl collar to be more refined than the notched lapels on Tremble’s later dinner jacket, the later outfit is more refined over the earlier one. Besides this earlier dinner jacket not being as well fitted, Tremble is wearing a regular white shirt, and his trousers have a belt.