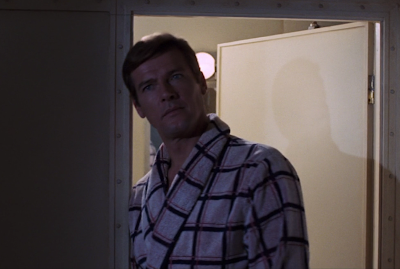 In the final scene of Live and Let Die, Bond wears a dressing gown in a terrycloth with a short pile. It has a base in white and red, which may have been achieved by using a white pile with a red ground. It has thick navy windowpane with a thinner red windowpane offset on top. The dressing gown has a shawl collar, set-in sleeves, a belt tied around the waist, and two patch pockets below the belt. Bond rolls back the cuffs, showing that the terry cloth is double-sided. 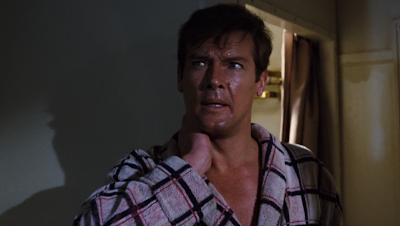