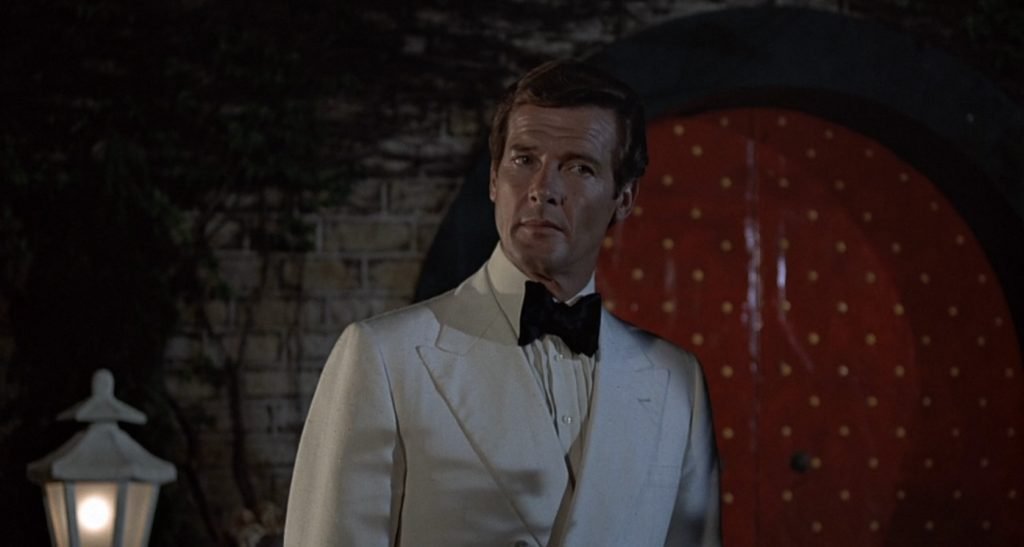 The cut is Cyril Castle’s classic double-breasted six button with two to button and has a narrower wrap. The shoulders narrow and gently padded. The jacket has double vents and the pockets are slanted and jetted. The cuffs button one with a turnback detail and don’t have the link button feature that Roger Moore wears on his other suits in the film. The black trousers are gently flared with a darted front and a black satin stripe down each leg. 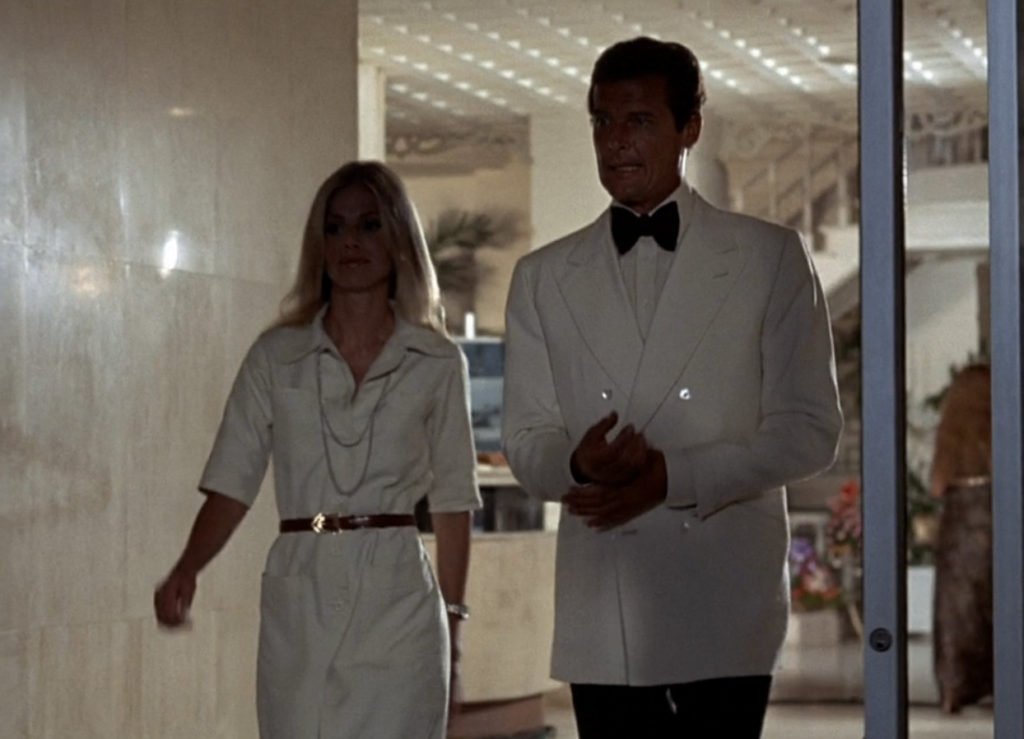 Instead of the usual white shirt, Moore wears a cream silk crepe de chine dress shirt by Frank Foster. It’s unclear whether he is wearing that colour shirt to make a fashion statement, to match the colour of his dinner jacket or simply because it flatters his complexion better than a stark white. Most likely he’s wearing it because it’s the colour of silk and he likes the luxury of silk. The shirt has a spread collar, a pleated front with standard mother of pearl buttons down the placket and two-button cocktail cuffs. The placket is stitched close to the centre to give focus to the middle of the shirt.

Moore wears a wide, black satin bow tie to match the wide lapels. Though the bow tie looks dated, wide lapels on a double-breasted jacket don’t so much since they are typically wider than single-breasted lapels anyway. Moore’s dress shoes are black patent slip-ons with a strap and clasp detail. 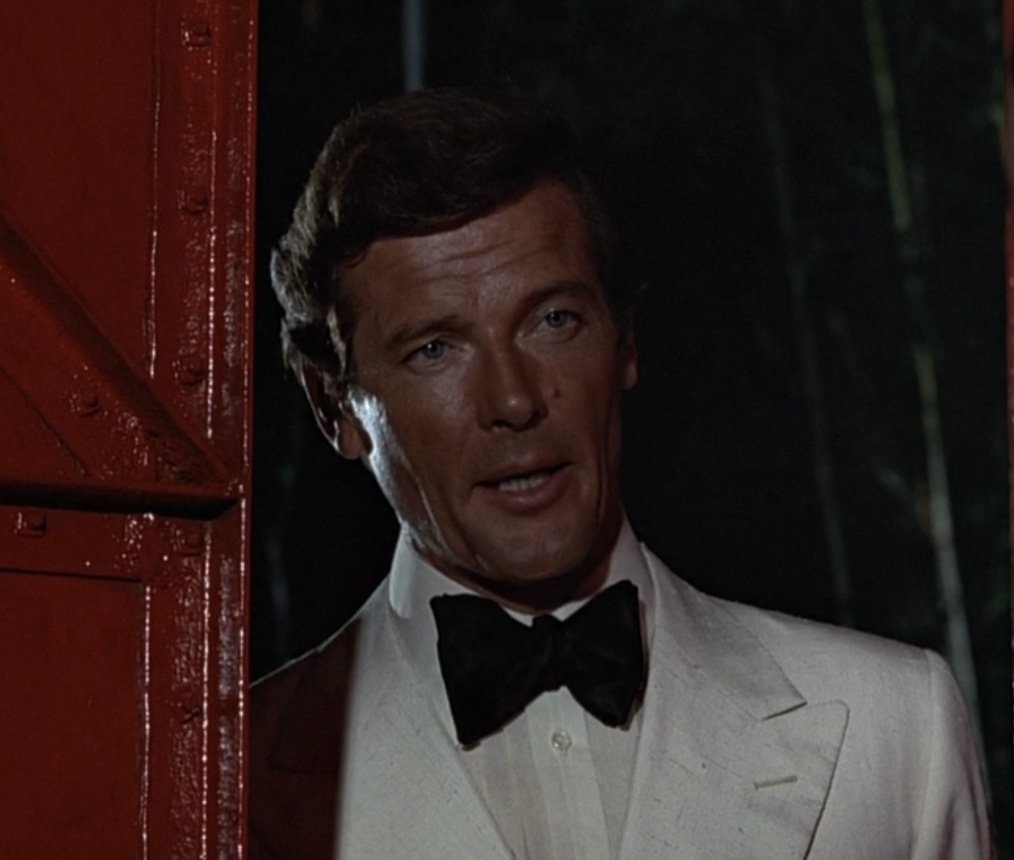