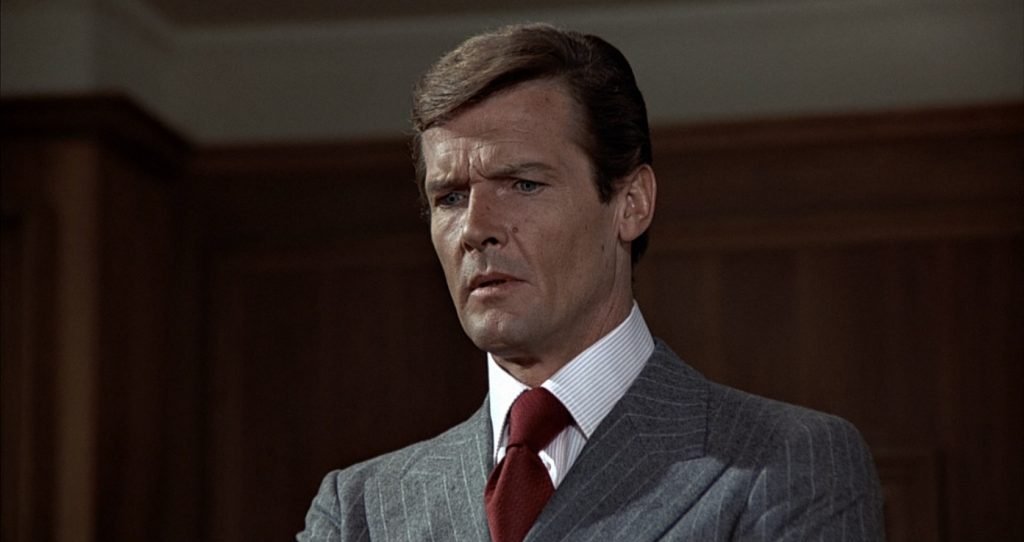 The double-breasted suit jacket is a button two, show one, with a total of six buttons. This jacket has wider lapels with more belly than the double-breasted suit before in Live and Let Die. But like the jacket before it, it has a narrow wrap, with the two columns of buttons placed close together. The pockets are slanted with flaps and there are long double vents at the back. The jacket cuffs have a link button. 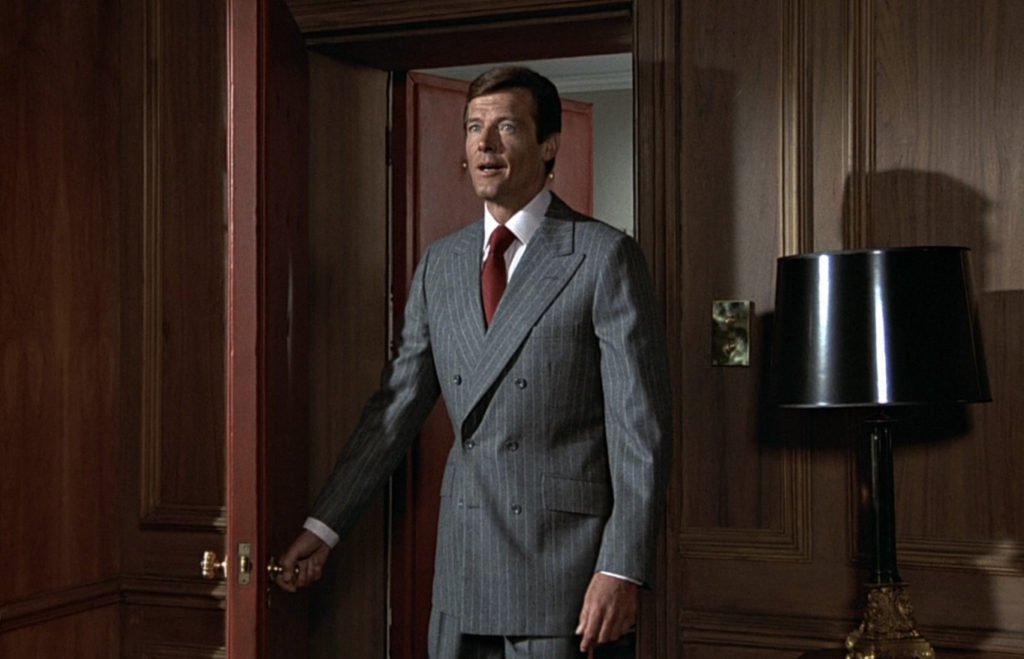 The suit trousers have a darted front and slightly flared legs. The double-breasted grey chalk stripe is very much a business suit and gives Bond a more business-like image appropriate for the office in London.

The Frank Foster shirt has the same tall moderate spread collar as before along with two-button turnback cuffs. The pattern is a subtle grey and white fine stripe. The tie is a solid red in an Ottoman weave, tied in either a four-in-hand knot (if the lining is very heavy) or a double four-in-hand knot. The resulting knot is large and asymmetrical, which balances well with the rest of the outfit. Though the grey suit and grey tie do not flatter Moore’s warm complexion, the red tie brings a needed warmth to the outfit (needed for Moore, that is) to counter the sea of grey. 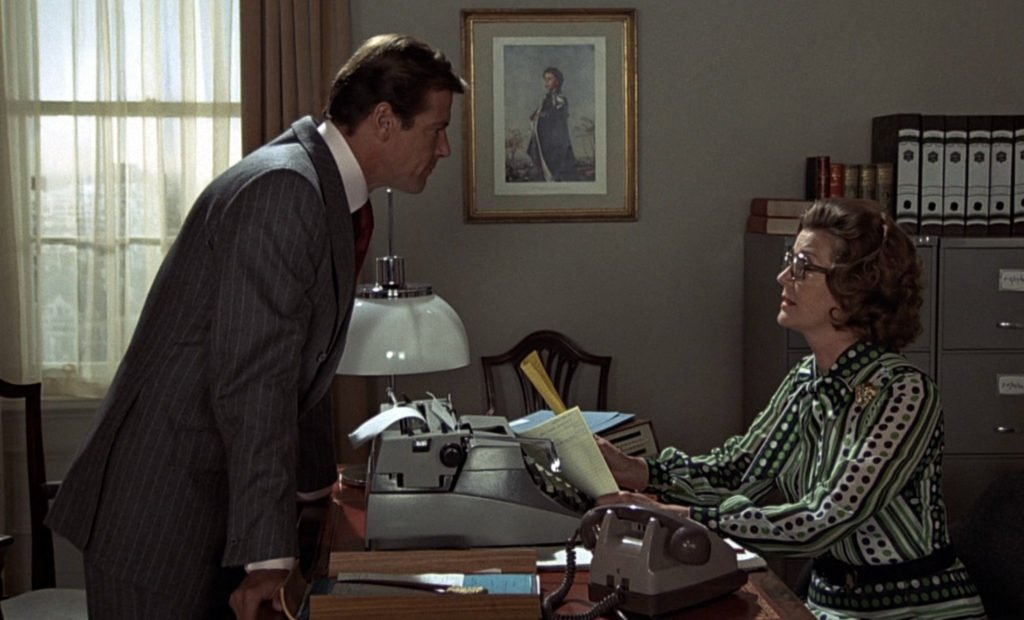 Shades of Beige in Menswear