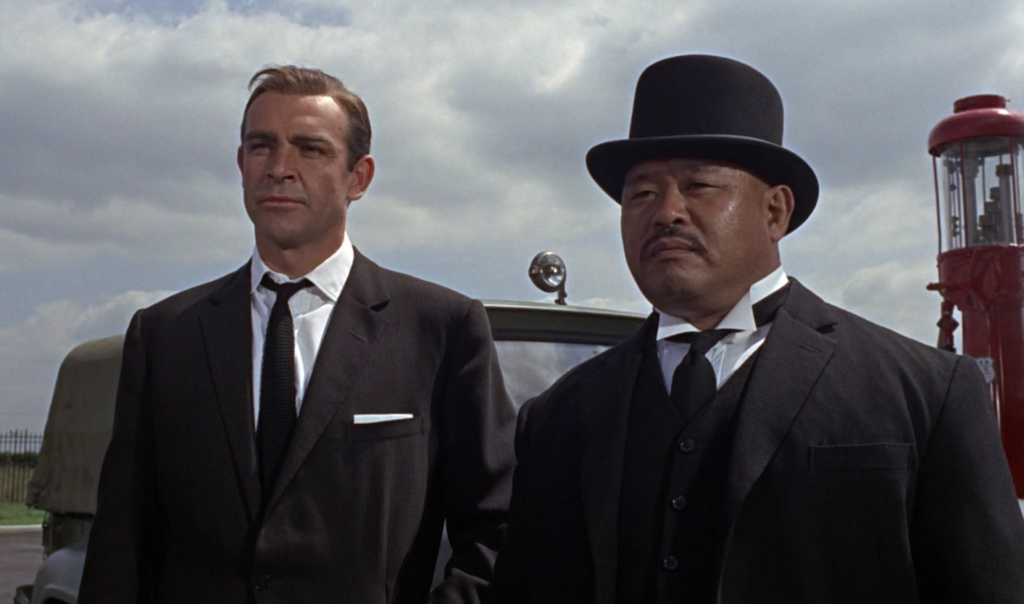 In the famous scene in Fort Knox in Goldfinger, Bond wears two-piece suit tailored by Anthony Sinclair in brown—or a weave of brown and black—with a subtle, closely-spaced stripe in the same or a slightly darker brown. This kind of stripe is called a shadow stripe. Either the stripe is created by a variation in the weave, made on a dobby loom, or is just darker yarns. The suit’s brown harmonises well with the surrounding gold.

The suit is cut the same as the rest of Connery’s suits in Goldfinger, with a button two suit coat with soft shoulders, roped sleeve heads, a full chest and a gently suppressed waist. The suit coat has jetted pockets, four-button cuffs and no vents. The trousers have double forward pleats, slanted side pockets and button-tab “Daks tops” side adjusters with three mother-of-pearl buttons on each side. 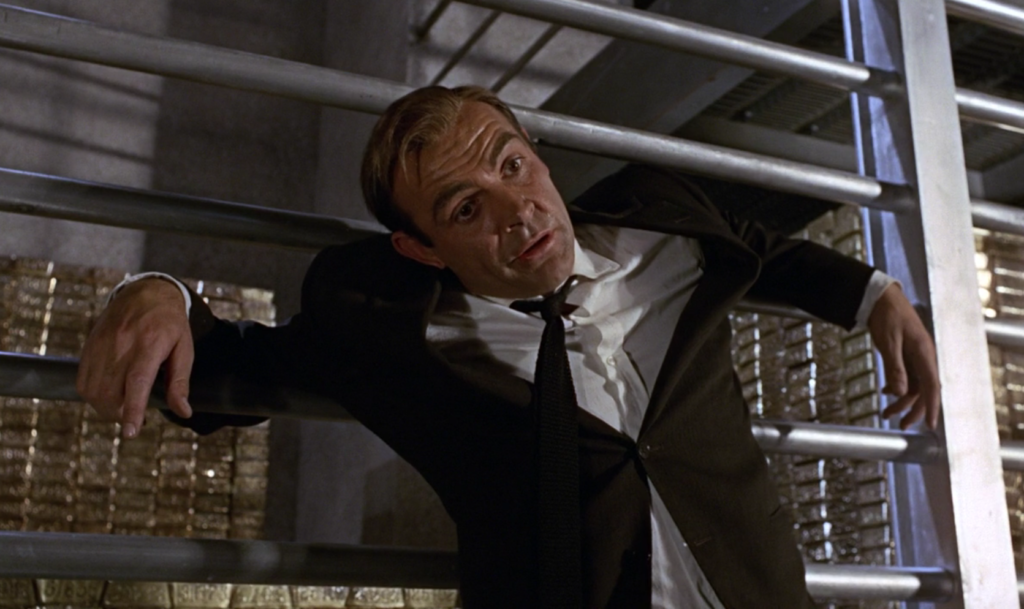 The shirt, likely from Frank Foster, is white with a broken grey dobby stripe with a spread collar, double cuffs and a raised placket. Bond wears the suit with a black knitted silk tie tied in a four-in-hand knot, black socks and black short, elastic-sided boots, showing how brown and black can effectively be paired together. Knitted ties don’t pair so well with worsted suits because of the difference in formality, and a grenadine tie like what Connery wears in his other Bond films would have been a better choice. The black boots become derby shoes in some action shots, since the boots don’t stay on as well when for jumping around. Bond also wears a white folded handkerchief in his breast pocket. It’s sloppy of Bond to leave his collar unbuttoned whilst wearing a tie, but it’s a heated moment and for one he unbuttons his collar.