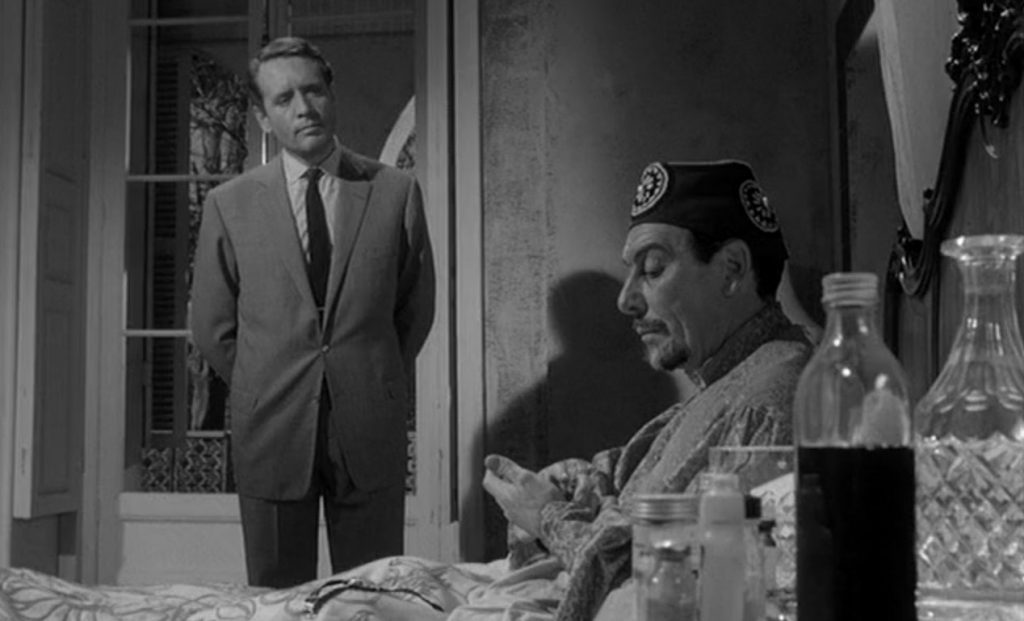 In my last post on Danger Man there was some doubt as to whether or not the suit was from Sean Connery’s tailor Anthony Sinclair, whom Danger Man‘s star Patrick McGoohan also patronised. In the 1965 Danger Man episode titled “The Mercenaries”, McGoohan wears a button two suit that more closely resembles Connery’s suits. The natural shoulders have gentle roping, the chest is full-cut, and the front darts extend below the pockets to the bottom of the jacket to give extra fullness to the chest. The trousers have double forward pleats, but unlike Connery’s trousers these are designed to wear with a belt and have plain hems.

Besides the cut, the jacket’s cuffs button four like all of Sean Connery’s suits do. The pockets have flaps and there is no vent. This suit is in a lightweight semi-solid nailhead cloth, and thanks to colour stills we know that this suit is medium grey. Nailhead is often confused with birdseye, but they are neither the same pattern nor the same weave. Nailhead is made in an even twill weave and looks like a grid of squares. 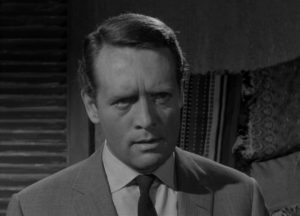 McGoohan’s pale blue shirt has a spread collar and double cuffs. On black-and-white film, the shirt comes out as an uninteresting light grey. White shirts always look best in black-and-white, which is one reason why they were so popular in classic film. The tie is red with black stripes, and McGoohan wears it with a tie bar a little above the waist. Again, the tie looks really bland in black-and-white. McGoohan’s belt and shoes are black. 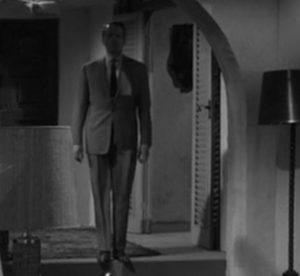