Though suitable for winter nights in Las Vegas, for the most part a tweed jacket is out of place there. Bond wears a plaid tweed in tan, black and red during his stay in Las Vegas in Diamonds Are Forever. The jacket is in the same half-norfolk style as the herringbone jacket he wears earlier in the film. The jacket buttons three down the front and has a half belt and deep double vents at the back. It’s styled with two buttons on the sleeves, bellows patch pockets with flaps on the hips and no breast pocket. The buttons are dark brown leather. And the jacket has the same extended collar as the herringbone jacket. Though Anthony Sinclair made the suits for the film, we don’t know if he made the two tweed sports coats. 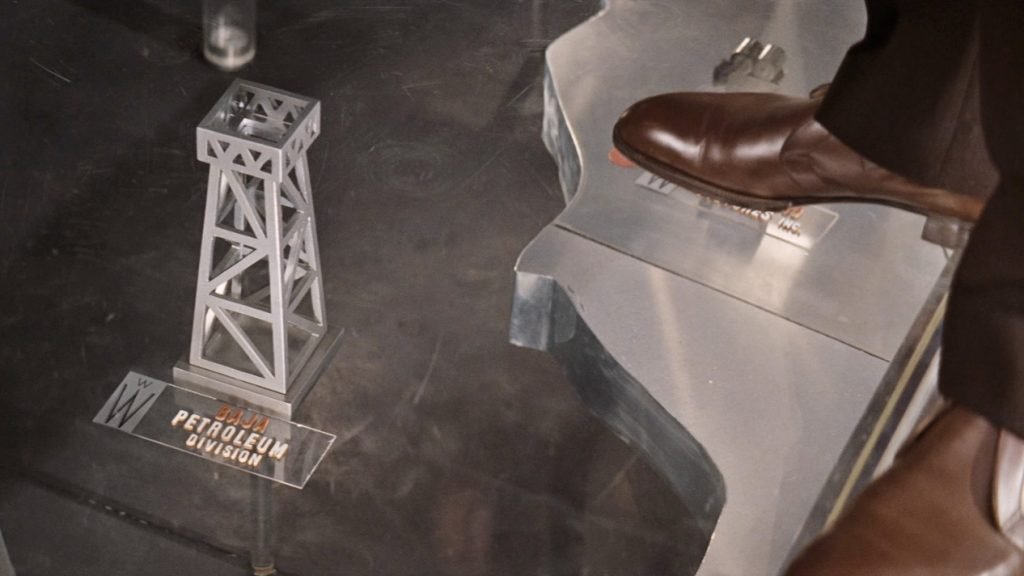 A tan knit polo neck shirt—tucked in—adds to the outfit’s warmth. The trousers are brown with a darted front, plain bottoms and frogmouth pockets. His shoes are medium brown ankle boots that close with a strap, as we have seen elsewhere in the film. They are the “Strap Hilo Boot” from John Lobb Ltd, which are a strap version of their “Hilo” chukka boot.

This outfit is a bit too warm-toned for Sean Connery’s complexion, but the herringbone jacket from the beginning of the film is a much better brown for Connery. The rich tans in the polo neck and within the jacket’s check don’t work so well for Connery, and in the context of a bold plaid makes Connery as much a victim of 1970’s fashions as much as Roger Moore ever was. However, Willard White’s (Jimmy Dean) western jacket and Felix Leiters’s (Norman Burton) yellow shirt make Connery’s clothes look tame.