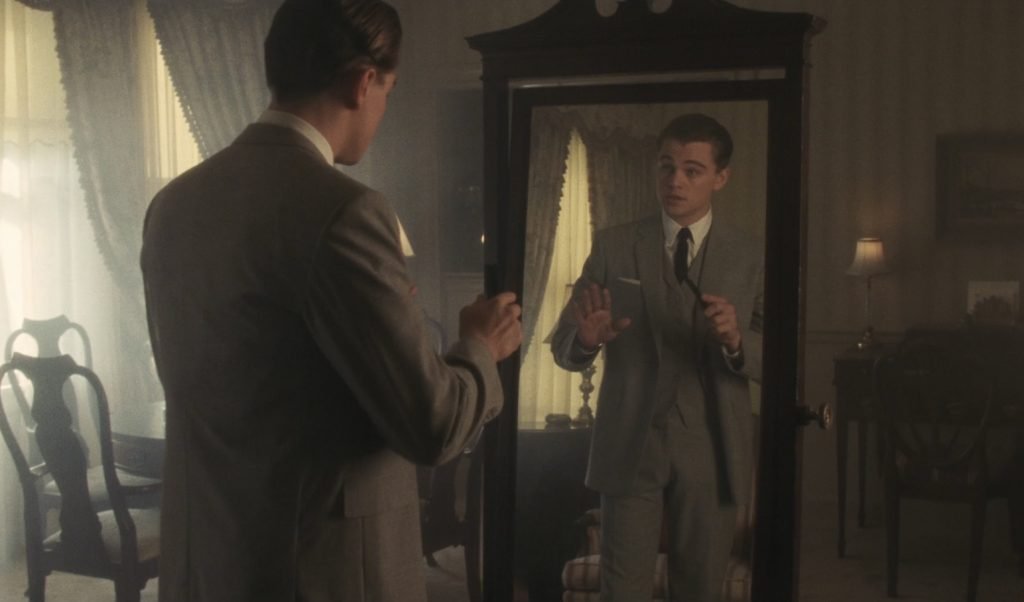 After seeing Goldfinger, Leonardo DiCaprio’s real-life character Frank Abagnale Jr. in Catch Me If You Can is inspired to have not one but three suits made just like Sean Connery’s famous three-piece suit in Goldfinger.

“Now you’re sure this is the suit, right?” says Abagnale.

“Positive. It’s the exact suit he wore in the movie,” replied the tailor.

It’s actually not an exact replica of the Goldfinger suit but rather what many people think the suit is without taking a close look. One could say it’s an American tailor’s interpretation, and going by the story the mistakes are understandable considering there weren’t home video tapes in the 1960s to pause. But the film’s costume designer should have had enough resources in 2002 to make a better replica of the suit.

Like Connery’s suit, DiCaprio’s is a light grey three-piece suit with a button two jacket that has a ticket pocket and double vents. The waistcoat is actually very close to the original, but plenty of mistakes are made elsewhere.

Though the suit jacket has double vents, DiCaprio’s vents are only half the length of Connery’s. Very short vents were a popular 1960s trend that Bond never wore. Whilst Connery’s suit has natural shoulders and a draped chest, DiCaprio’s suit has straight, padded shoulders and lacks the drape. They’ve also put only three buttons on the cuffs instead of four.

DiCaprio’s waistcoat is very close to the original, with six buttons, notch lapels and four welt pockets. But the bottom button is not on the cut-away portion of the waistcoat. The cutaway needs to start higher, and that mean the trousers would also need to have a longer rise than they’ve given him. 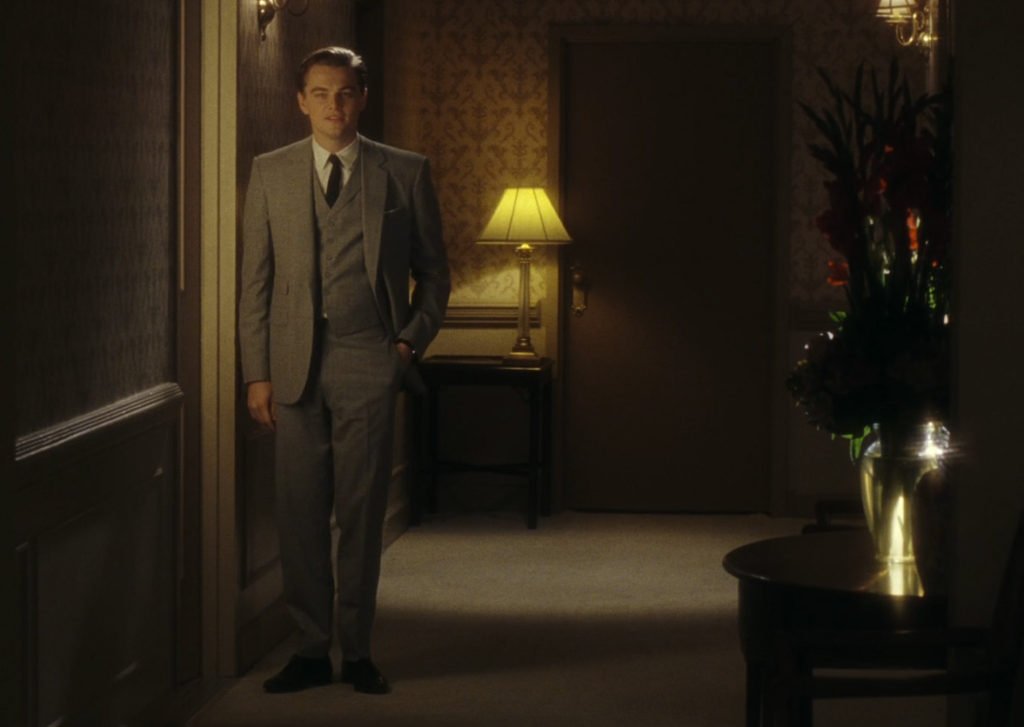 The trousers are another one of the biggest mistakes here after the wrong cloth. Few Americans in the 1960s wore pleated trousers, so they didn’t expect Connery’s trousers to have pleats. Thus they made the trousers with a flat front and a modern lower rise. The hem is also too short and just barely touched the shoes. Though the suit incorporates a few popular 1960s trends that weren’t present on the original suit, such as short vents and flat front trousers, the only part of Sean Connery’s suit that dates it to the ’60s was not included: narrow lapels! DiCaprio’s suit has much wider lapels.  Whilst this suit isn’t an exact replica, it’s still a nice homage to the original.

It’s hard to tell if they were trying to copy the shirt and tie as well, but—to give them credit—let’s say not. DiCaprio’s shirt collar is much smaller and narrower than Connery’s, and the cuffs are button cuffs rather than double cuffs. It’s a very typical shirt for American men in the mid ’60s who weren’t wearing button-down collars. DiCaprio’s tie is black and woven, whilst the original was a navy knitted tie. DiCaprio wears V-front derby shoes like Connery did, but DiCaprio’s have wing-tips rather than plain toes.  They did get the pocket square right. 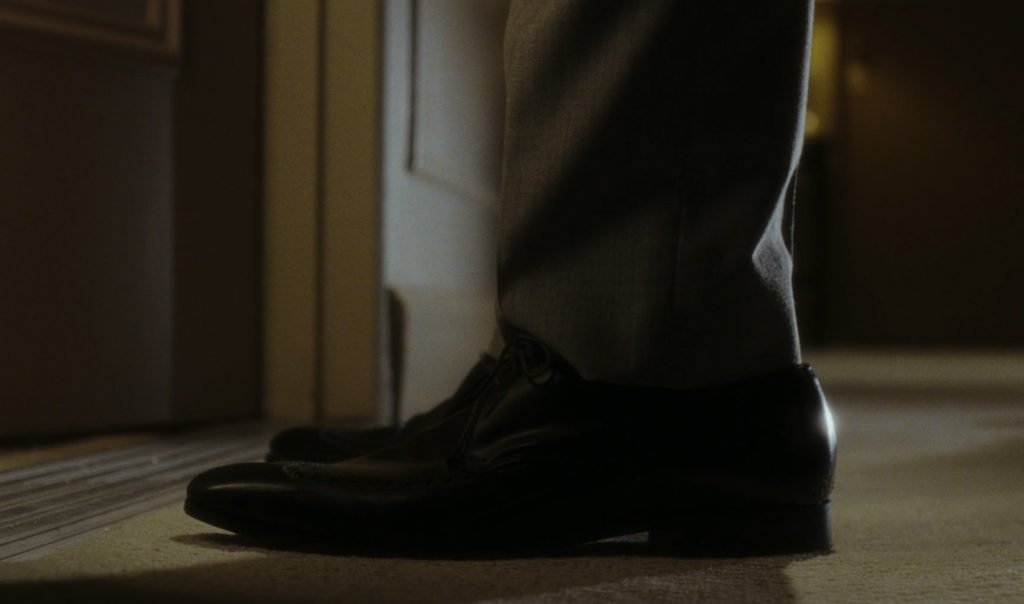