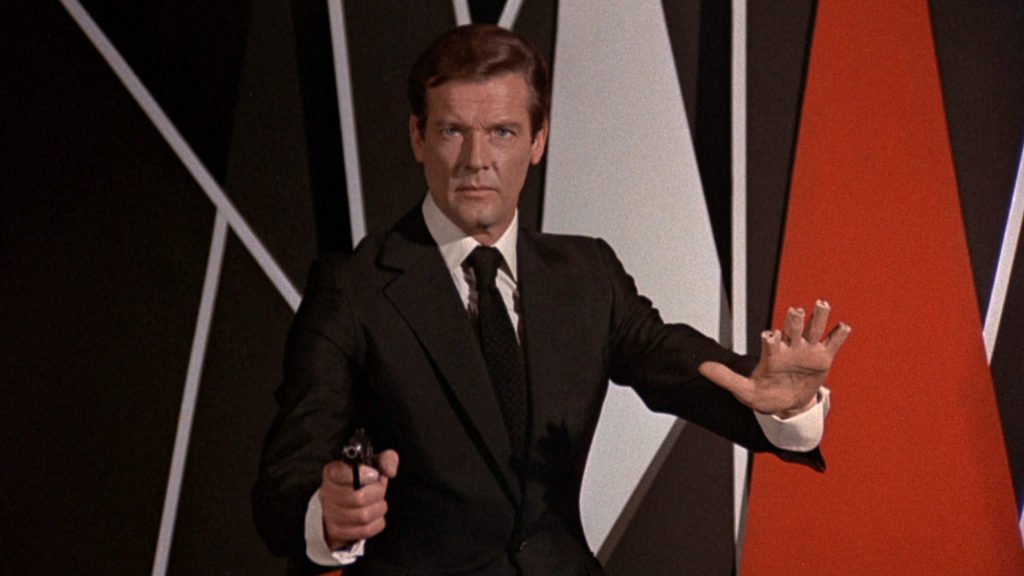 Scaramanga’s dummy of James Bond in The Man with the Golden Gun is dressed in a black button two suit made by Cyril Castle with a cream silk shirt by Frank Foster and a black knitted silk tie. The suit’s crisp, lustrous cloth suggests mohair. Though James Bond only wears black suits for mourning, Scaramanga likely dressed his James Bond dummy in a black suit to be a symbol of death. 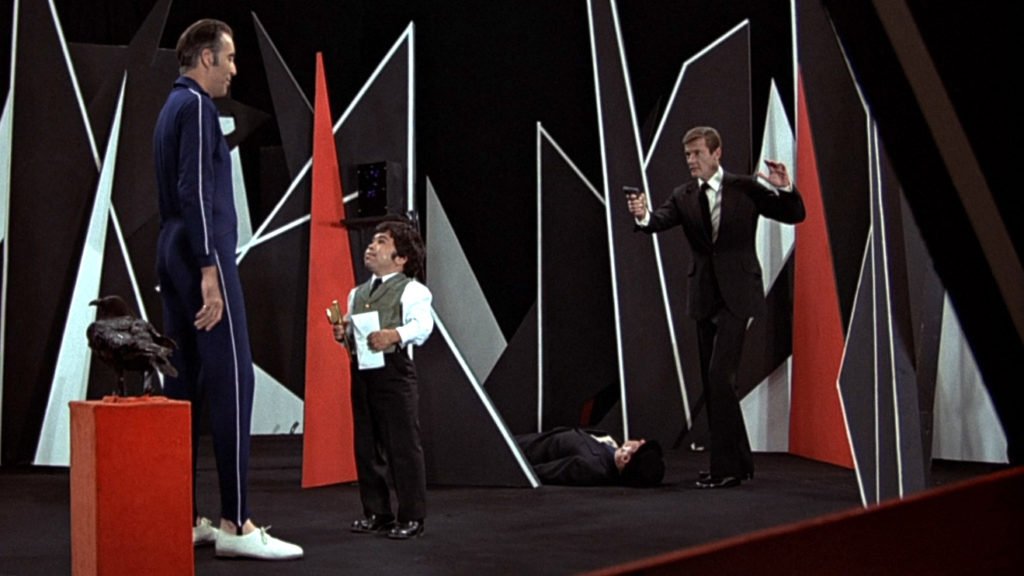 The suit follows the other single-breasted suits from The Man with the Golden Gun in its details: the coat has a two buttons on the front, soft and slightly roped shoulders, long double vents, slanted hip pockets with flaps and link-button cuffs. The jacket’s lining is dark red. The trousers have a darted front, are slightly flared, are worn with a belt and have two pockets in the rear and two large coin pockets beneath the waistband in front. The shirt has a moderate spread collar and two-button cocktail cuffs. 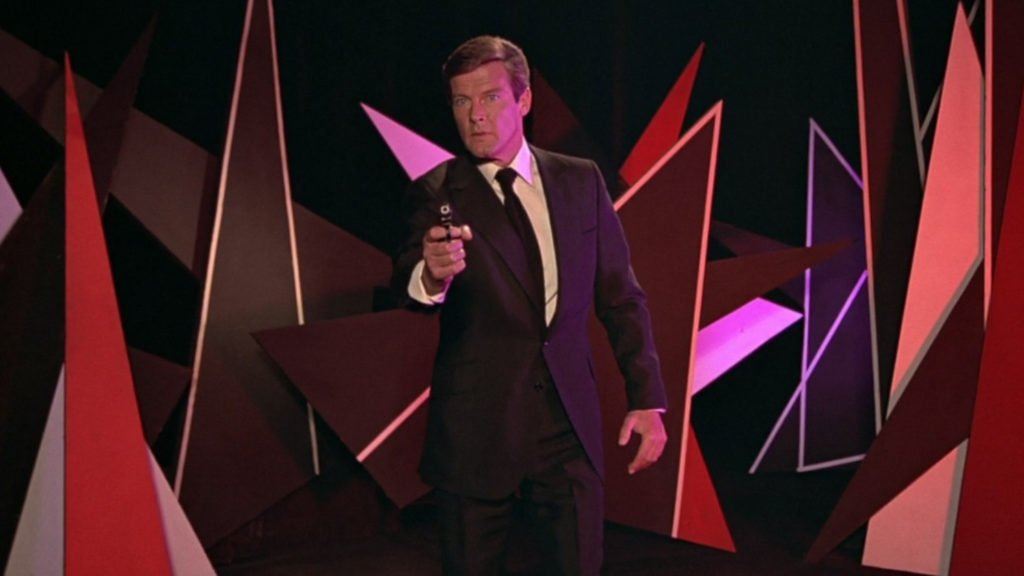 Below you can see the Gucci belt buckle worn with this suit. Bond kept on the cream poplin shirt and black trousers he was wearing before with the checked sports coat and only took the jacket and tie from the dummy since changing the trousers would’ve taken too much time. The suit trousers and the odd trousers that Bond wears with 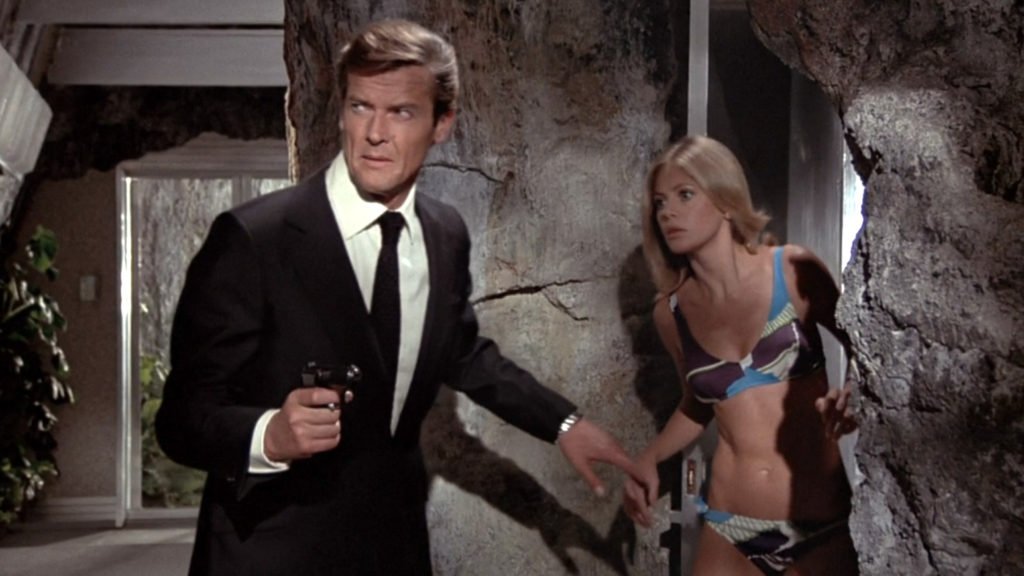 This suit was auctioned at Christie’s in South Kensington on 24 November 2009 for £7,500. Though the auction listing labels their suit as the suit from the dinner scene with Goodnight, that suit is not black and is woven in a herringbone weave. 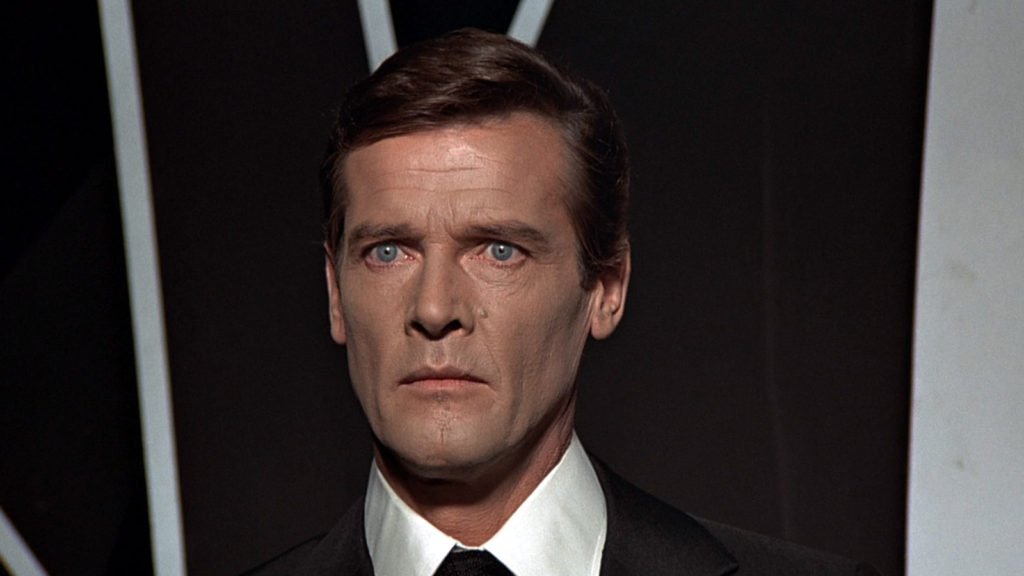