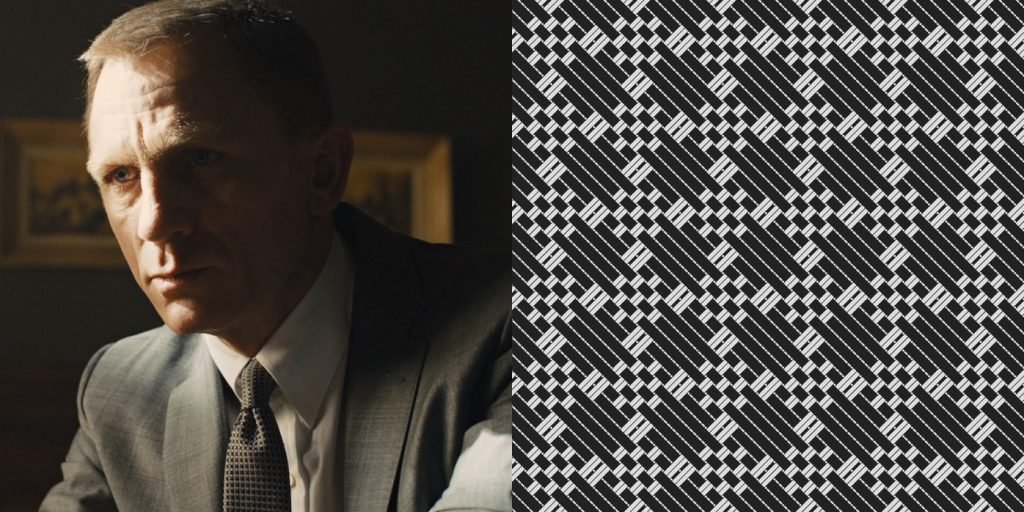 Continuing on the topic of tie weaves, let’s look at some more recent ties in the series. The Tom Ford ties in Skyfall, like the ones that came before in Quantum of Solace, are some of the nicest of the series. Craig has never been dressed in a tie of questionable taste, which places him alongside George Lazenby and Timothy Dalton. Though Dalton’s ties are very forgettable, he never wore anything that could compete with Sean Connery’s wide pink tie in Diamonds Are Forever or Roger Moore’s colourful striped tie in Moonraker. Two of the Tom Ford ties in Skyfall hint back to the classic grenadine ties Sean Connery wears in his Bond films. Though these ties are not solids like Connery’s grenadines, the weave somewhat mimics a grenadine weave, with tightly woven sections between floated yarns. There are no twisted yarns. The tie is woven with a different colour in the warp than in the weft, and it creates an intricate and elegant pattern. The first one (top) is silver on black, worn with the pick-and-pick suit at the beginning of the film. 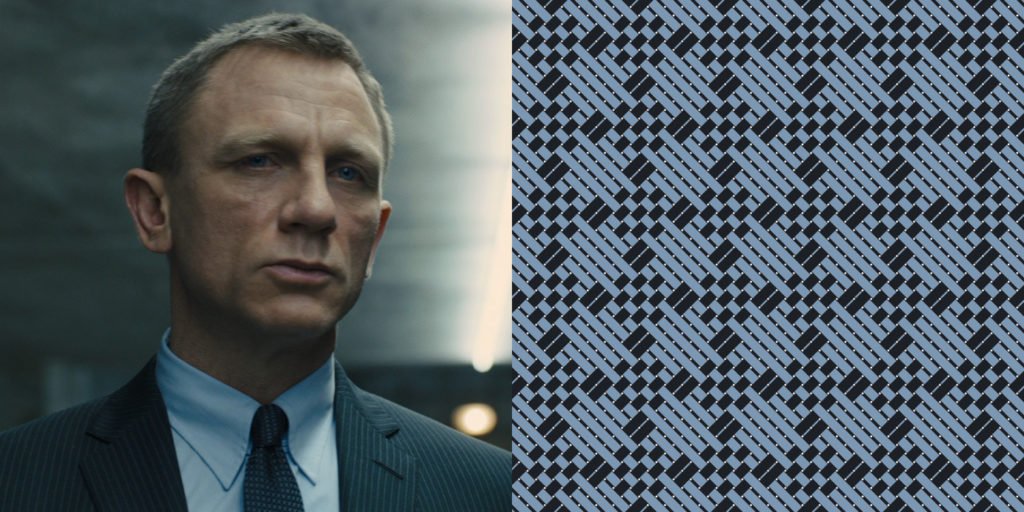 The second tie is charcoal on light blue-grey (above), worn with the charcoal rope stripe suit. Though the colours are different, reversing the dark and light in the warp and weft gives each tie its own look. Like how Sean Connery wears only grenadine and knitted ties in his Bond films, Daniel Craig only wears neat-pattern ties in his. Craig’s typical ties have the same subtlety of Connery’s ties but with more interest in the pattern than in the weave. These ties have both interest in the pattern and texture, with a good balance of each.