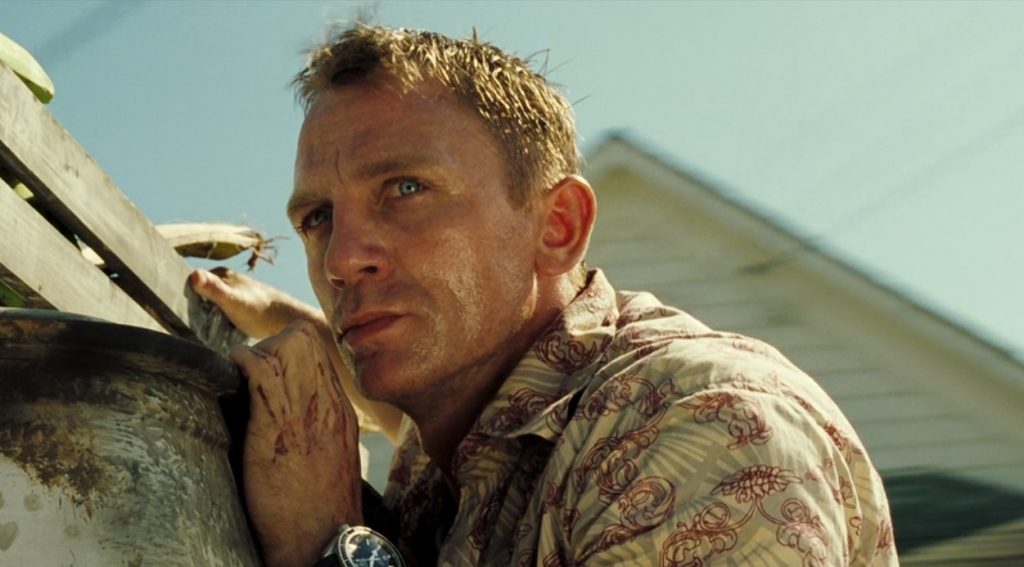 For James Bond’s mission in Madagascar in Casino Royale he wears a comfortable outfit for the hot weather. The shirt is made up of a printed fabric in a tropical design consisting of a pale yellow and taupe ground with a red floral pattern on top. It’s amongst the loudest shirts Bond has worn in the series. Typically a spy should avoid wearing clothes that would attract attention, and Bond’s shirt is louder than what most of the locals are wearing. The shirt has a point collar with stitching 1/4″ from the edge, a placket front, a breast pocket and a straight hem with short side vents. The short sleeves have tabs and buttons to adjust the opening diameter. Academy Costumes made the shirt, and Academy Textiles created the fabric. He wears a grey crew-neck t-shirt under the tropical shirt. The t-shirt has striped bands on the sleeves. 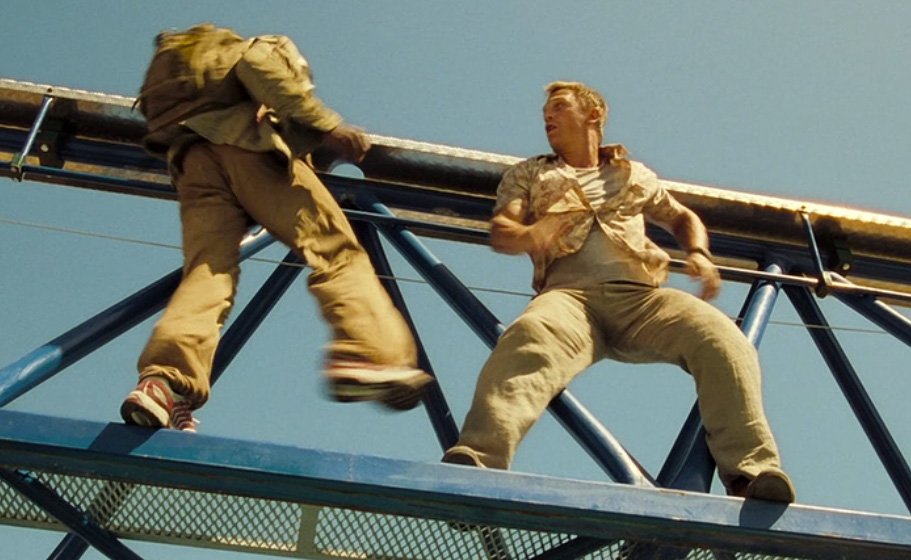 James Bond’s trousers are beige linen with a drawstring waist. They have a loose fit, which is more comfortable in hot weather. Bond also wears a black web belt, but since there aren’t belt loops it’s not to hold up his trousers. The belt holds Bond’s holster and Walther P99. His shoes are the Converse Jack Purcell OTR in Chocoalte and Paprika. The OTR stands for “On the Road”, and it’s like a cross between a boot and a trainer. But in reality it’s simply a casual shoe and neither ideal for hiking nor athletic activity. James Bond previous wore Converse shoes in You Only Live Twice with his grey ninja outfit. 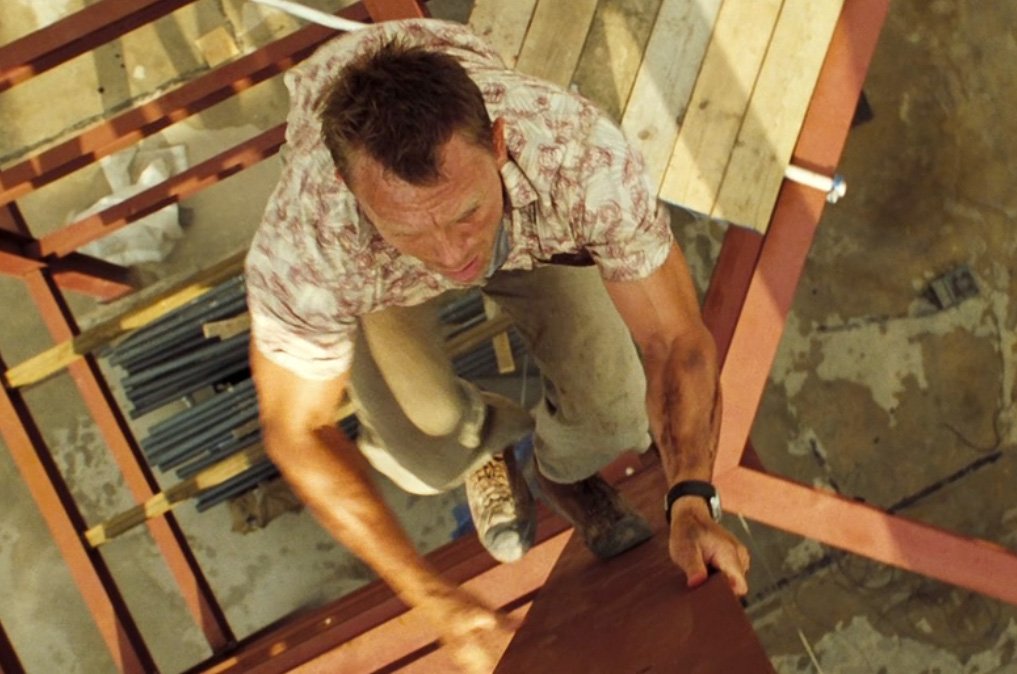